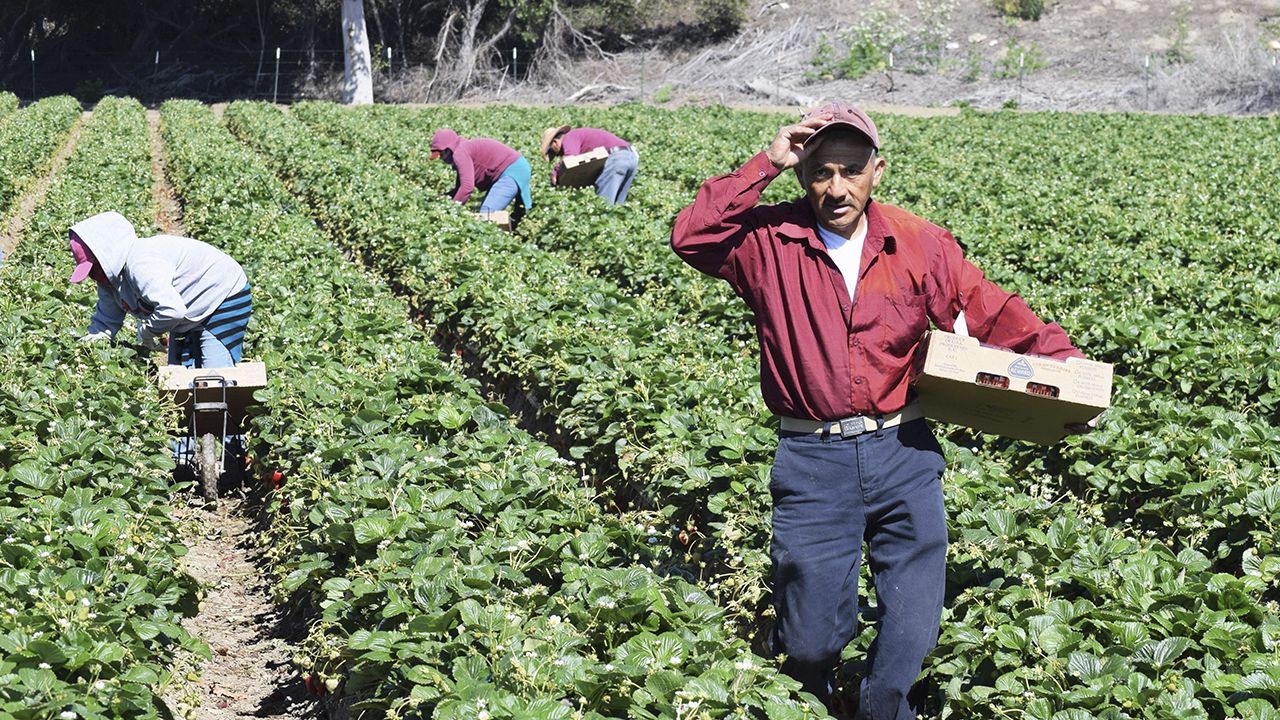 
In the United States, as in many prosperous nations, foreign workers play a critical role in the production of our nation’s food supply. As Congress struggles with the contentious issue of illegal immigration, it is important that legislators consider the disastrous consequence if no workers show up to grow, harvest and ship our nation’s fruits and vegetables, even if only for one season.
If our president, senators and congressmen are willing to consider the needs of American farmers — and the importance of sustaining a domestic food supply — in their deliberations over immigration policy, the strategy they develop quite possibly could end illegal immigration altogether.

The challenge remains the same for American agriculture: bring an end to illegal immigration and do no harm to our domestic food supply.

During my 16-year term as a congressman representing California’s agriculturally diverse San Joaquin Valley, I sought to address the labor needs of America’s specialty crop farmers. I co-authored H.R. 3142 (2003), H.R. 884 (2005), H.R. 371 (2007), and H.R. 2414(2009), and championed initiatives that would end illegal immigration while protecting farmers. This can happen only by strengthening border security, implementing E-verify (an electronic employment verification system), allowing foreign workers to come and go with the season, and permitting those who are otherwise law-abiding to continue their contribution in food production.

Today, as an executive for a California-based agricultural trade association (our growers, packers and shippers help produce most of our nation’s domestically grown fruits) I am again confronted with the ongoing difficulties of ensuring a stable, legal workforce in the face of our government’s failed immigration policies. The challenge remains the same for American agriculture: bring an end to illegal immigration and do no harm to our domestic food supply.

Most agricultural labor in the western United States is unauthorized residents — estimated at 400,000 in California and 800,000 nationally.

In the past, most foreign worker programs originated from the executive branch of government as treaties. Some of those treaties became legislated programs, such as H2A. In the West, the Bracero program was negotiated with Mexico to address agricultural labor needs, until its termination in the 1960s.
The border was open for migrant workers to cross to harvest crops as they ripened; generally, workers returned to Mexico when the growing season ended. However, as border enforcement increased over the years, so did the dangers and expense of crossing the border. As a result, many workers remain in the United States. Now, most agricultural labor in the western United States is unauthorized residents — estimated at 400,000 in California and 800,000 nationally.
So, while every American should support the immediate removal of dangerous and violent criminals, a majority of these immigrants crossed the border as poor and downtrodden souls.  The idea of immigrating by the letter of the law under desperate circumstances seems like ivory-tower semantics, especially in the absence of robust border security and a legitimate foreign worker agreement.

In this, the United States shares the blame of enabling illegal immigration along with those who crossed illegally. It is those immigrants that specialty crop agriculture cannot survive without, even for one year, while waiting for a new guest worker program and tighter border security.

“Is immigration a domestic policy or a foreign policy? A purely legislative, domestic approach has simply not worked.”

Since the annulment of the Bracero program, the agricultural workforce issue has not been adequately addressed. Sound immigration policy is mired down in the Beltway swamp of politics. In our partisan Congress, anything but border control and mass deportation is amnesty to some, while open borders and a pathway to citizenship seem perfectly acceptable to others. Fifty years of congressional debate has produced nothing.
Timothy J. Kane, JP Conte Fellow in Immigration Studies at the Hoover Institution at Stanford University, has it right when he says, “The immigration quagmire in Congress may be a consequence of misplaced authority. Is immigration a domestic policy or a foreign policy? A purely legislative, domestic approach has simply not worked.” Indeed, the legislative branch will need help from the president, who could negotiate with foreign partners while working with Congress to end illegal immigration.

Through a diplomatic agreement such as a treaty, trade or executive agreement, President Trump could break the immigration impasse and provide the farm sector the assurance of an uninterrupted supply of labor while effective border control is put in place. On a parallel track, while Congress considers strengthening border security, the president could negotiate an agreement with foreign countries, resulting in conditional legal status for qualifying farm workers residing in the United States.
There are benefits to this strategy. It could:
·         Eliminate incentive for hiring undocumented individuals by requiring use of a federal employment verification system (E-Verify);
·         Serve as a blueprint for other industries that, to a lesser degree, depend upon a foreign labor supply;
·         Secure cooperation with Mexico and/or other nations to make sure workers fulfill their obligations;
·         Include a fee to address program administration and border security priorities;
·         Specify immigration enforcement action, including deportation, against foreign nationals failing to qualify or refusing to participate.
We must use a scalpel, not a hatchet, to end illegal immigration and protect the U.S. food supply. The combination of an agreement from the executive branch, E-Verify, and strong border enforcement from Congress could do just that. Now is the time to take a fresh approach to immigration reform, starting with agricultural labor.
George Radanovich is a former Republican U.S. representative for California’s 19th District, serving from 1995 to 2011. He is president of the California Fresh Fruit Association, a voluntary, nonprofit agricultural trade association. Reach him at gradanovich@cafreshfruit.com.

Will the Weather Get Worse in 2018? What the Experts Say