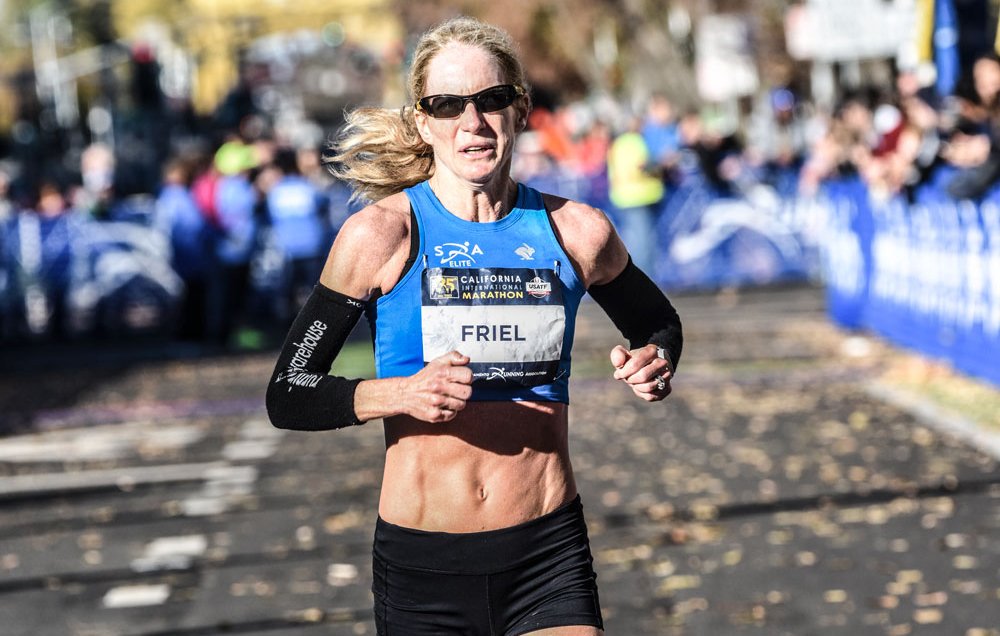 So, you think you’re a fast runner.
We bet you aren’t fast as 50-year-old Molly Friel of Fresno.
She qualified for the 2020 Olympic Marathon Trials by running the 26.2 miles in 2 hours, 43.57 seconds — well under the Olympic qualifying mark. For those of you trying to get a handle on how fast that it is, she averaged 6:15 per mile.
Consistency carried Friel to the amazing performance. She ran the second half of the race only 9 seconds slower than the first.
The Fresno legal secretary — who has never run in the famous Boston Marathon — is the second-oldest woman to qualify for the Olympic Trials in the grueling race, reports runnersworld.com.
The oldest, Sister Marion Irvine, was 54 when she achieved the feat in 1984. However, the qualifying standard in those days was more than six minutes slower than today.
Friel beat the mark needed to qualify by 1 minute, 3 seconds at the California International Marathon on Dec. 3. The downhill course starts in Folsom and ends in Sacramento.
“She’s got grit, you know?” Ian Torrence, Friel’s coach for the past five years, told runnersworld.com. “She knows how to push through the pain.”

That Friel does. She previously qualified for the 2004 and 2016 Olympic Marathon Trials when she was in her 30s and 40s. The way she continues to excel should be an inspiration to young and old alike.
Interestingly, Friel has two types of training partners: human and two of her family’s dogs. Pogi can stick with her for up to 14 miles and Buster lasts for about 5 miles. A third dog, Pogi, is content to stay at home.
“The easy runs are supposed to be easy; they should be enjoyable,” Torrence said. “The only way you’re going to get through a marathon cycle like that is to enjoy your running. For Molly, that’s running with her pups.”

Friel Goes and Knows the Distance

The low-key Friel had quite a story to tell when she returned to work after her super-fast marathon. Her boss asked if she had a race over the weekend.
“Oh yeah, I had a race in Sacramento,” Friel said.
“Oh, you must have run along the American River Trail,” he remarked.
“Well, no, it ran from Auburn down to the Capitol.”
“Are you sure that’s 26 miles?” her boss asked.
“Well, actually, it’s 26.2,” Friel answered.
“Are you sure?” the lawyer pushed back.
“Yeah,” Friel said. “Yeah. I’m sure.”
You can read the runnersworld.com story at this link.