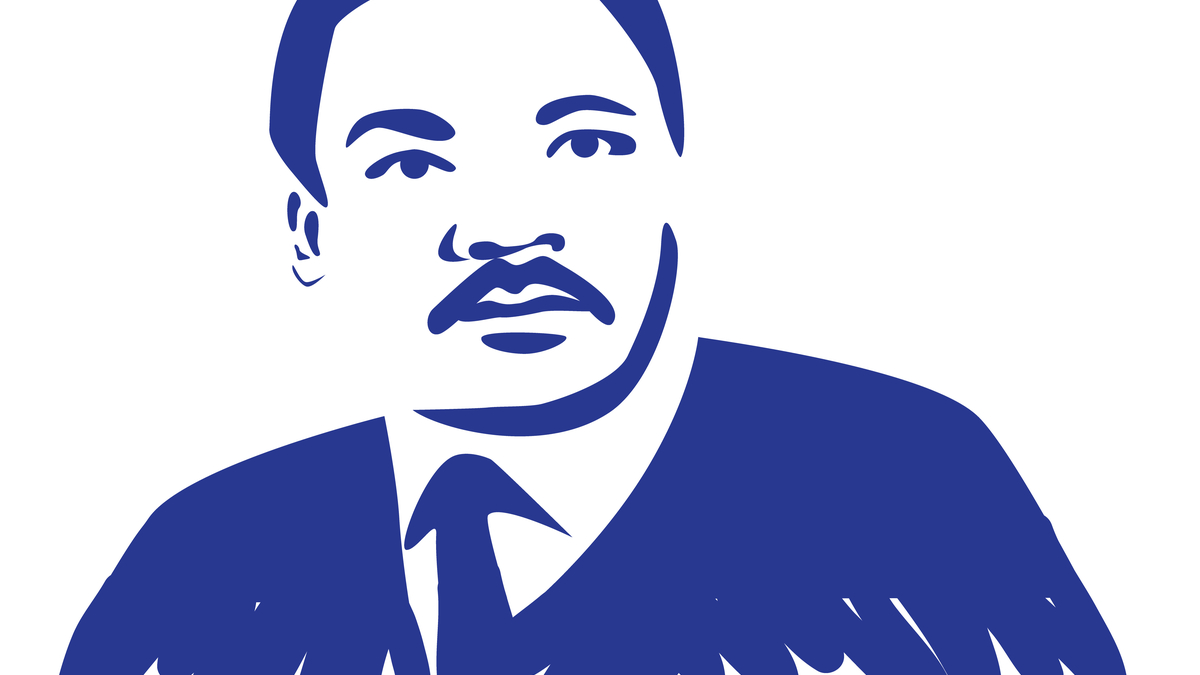 Martin Luther King Jr. was an unabashed Zionist.
“The whole world must see that Israel must exist and has a right to exist, and is one of the great outposts of democracy in the world,” MLK said in 1967.
But a group that is being honored by a Fresno committee in MLK’s name may not feel 100% the way King did. 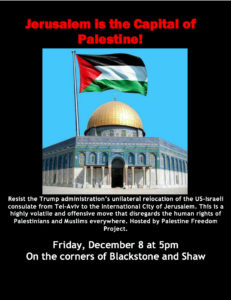 The Fresno Center for Nonviolence says it supports Israel’s right to exist. Kind of. When President Donald Trump announced he was recognizing Jerusalem as Israel’s capital last month, the center’s members took to the streets.
“Jerusalem is the Capital of Palestine” was the headline on a center flyer publicizing an evening protest at Fresno’s favorite demonstration spot, at the corner of Shaw and Blackstone avenues.
I asked Angela Price, the group’s development director, to explain the center’s position on the Israel-Palestine conflict.
“We recognize the importance of a homeland for Jews but not to acquiesce to their claim to ‘greater Israel,’ to equally recognize the need for a secure home for Palestinians, and to condemn Israel’s use of force and land confiscation against Palestinians,” Price said. “We should condemn the use of force on both sides, but recognize that Israel has been the aggressor and main employer of violence. We are also concerned with Israel’s continued building of settlements on the West Bank, seen as illegal under international law.”
Price also expressed concern about U.S. financial aid to Israel.
“We believe that the recent recognition of Jerusalem as the capital of Israel was an aggressive and incendiary tactic,” she said.

King Said Israel Had Right to Defend Itself

So, Israel has the right to exist, but not the right to defend herself?
King believed Israel had that right. Ten days before his assassination, MLK addressed questions at a rabbinical conference on March 25, 1968. One scholar asked about anti-Semitism and the “Negro community.” King responded:
“Peace for Israel is one thing. Peace for the Arab side of that world is another thing. Peace for Israel means security, and we must stand with all of our might to protect its right to exist, its territorial integrity. I see Israel, and never mind saying it, as one of the great outposts of democracy in the world, and a marvelous example of what can be done, how desert land almost can be transformed into an oasis of brotherhood and democracy. Peace for Israel means security and that security must be a reality.”

Yes, passions run deep. To many, this conflict is a zero-sum game: You are either with Israel, or against it; either with the Palestinians, or against them. Forget any middle ground.
There is a belief that an attack on Israel and the concept of Zionism (the Jews’ right to a homeland in Israel) is rooted in anti-Semitism.

Look at college campuses, even Fresno State. There, the “BDS” (Boycott, Divest, Sanction) movement finds support. It targets Israel because of its perceived mistreatment of the Palestinians. Yet, many countries with much worse and real human rights violations (Ni Hao, China) aren’t included. Why?
“When people criticize Zionists, they mean Jews. You are talking anti-Semitism,” King famously said.
Back to Fresno. The MLK Unity Committee of Fresno will hold a vigil and awards ceremony Friday night at City Hall.
The committee plans to honor Fresno Unified School District Trustee Cal Johnson and State Center Community College District Trustee Miguel Arias for outstanding service to the community.
One other group will receive a commendation: the Fresno Center for Nonviolence.
It is true, the center does many things that line up with Dr. King’s vision of peace and nonviolence.
Just not on Zionism.