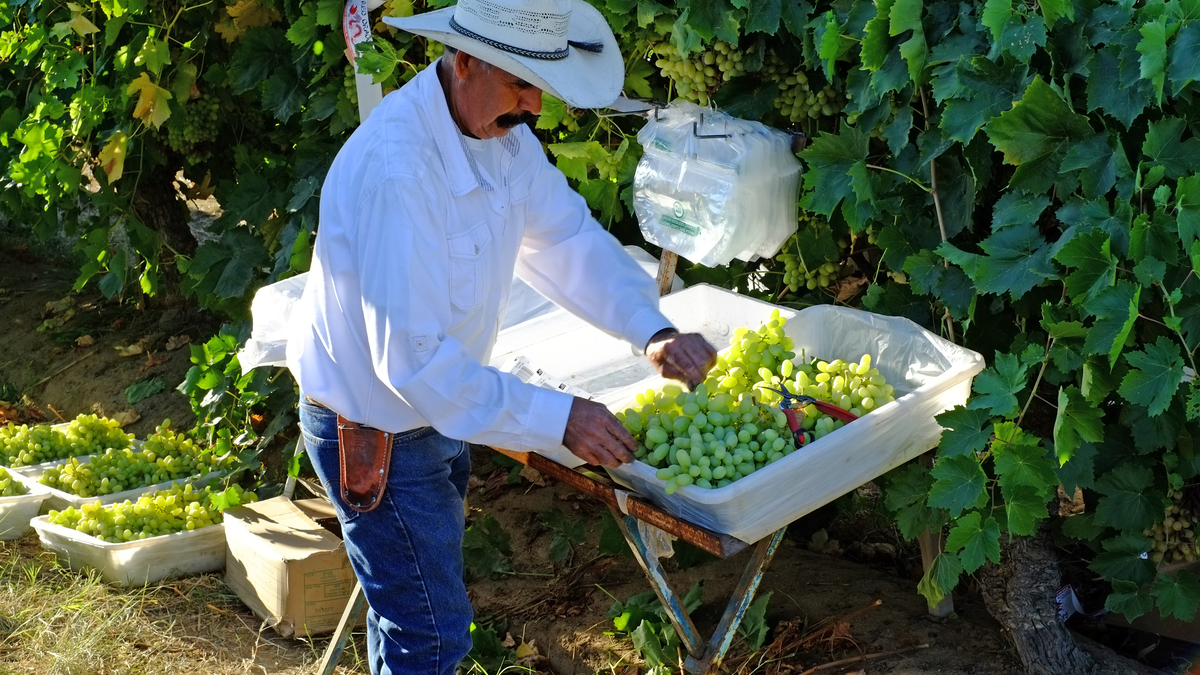 Every day thousands of people wake up before the sun rises, pack their lunches, and drive or carpool their way to work. Some toil underneath the hot sun, while others are inside feverishly packing perishable items to make sure they make their cross-country or ocean voyage in time.
Six days a week, they repeat this routine. And how are they rewarded? With the fear that they will not be able to continue this routine.
These are our agricultural workers. They provide us with the safest food that we, our representatives in Washington, D.C., and officials in the White House buy at our stores, farmers markets, and restaurants.

It is time for Congress and for all the members of my industry to get behind some of the hardest working members in our society and provide them with legal status. These are the people who make America great!
These workers have children, many born in the U.S. They must figure out who is going to take them to and from school, practice for sports and other activities, or who is going to care for their child while they’re at work. These are the same things that any U.S. citizen parent must figure out.

Immigrants Are Backbone of Farming

They are the backbone of an industry, where in California alone, farmers sold almost $50 billion worth of food in 2013. Yet, between 2002 and 2014, the number of field and crop workers in the state declined by about 85,000, leading to a drop in the number of entry-level workers available for difficult jobs like hoeing, harvesting and planting.
While technology is often touted as a cure for every economic ailment, when it comes to delivering California’s crops to the nation’s kitchen tables, there is no app for that. Instead, we need skilled farmworkers, along with smart land and water use, to maintain our agriculture-rich history.
On Oct.2, 2017, Congressman Bob Goodlatte of Virginia introduced House Resolution 4092, which provides a pathway for our undocumented agricultural workers to obtain an agricultural work visa (H-2C visa). It also provides for a system, instead of our broken H-2A program, to bring in more agricultural workers into the U.S. to make up for our shortfall.
By Oct. 25, the bill had been amended to the detriment of our current agricultural workers. There are many flaws with the legislation, especially the deduction of 10% from these workers’ wages, which was to be put in a trust account. The purpose of this is to provide “a monetary incentive for H-2C workers to return to their country of origin upon expiration of their visas.”
To receive the money that they already earned, they must apply and establish that they have complied with the terms and conditions of the H-2C program. They then have return to their home countries to obtain the payment.

We Need To Learn From Bracero Program Mistakes

Did we not learn anything from the Bracero Program, implemented between 1942 to 1964, that also withheld 10% of the workers’ wages as an incentive to return to Mexico? They never received those wages, and the workers of the proposed legislation may receive the same fate.
The inability of Congress to provide legislation for our undocumented agricultural workers living in the U.S. and a workable guest worker program has led to more members in my industry clamoring for more H-2A workers. This is a betrayal of the hard-working men and women who work for them.
Some have been living and working here for over 25 years, hoping that Congress passes legislation similar to the Immigration Reform and Control Act of 1986; the last time Congress passed meaningful immigration legislation for our undocumented agricultural workers.
Instead of meaningful legislation, some want to give them pink slips. These are skilled, hard-working people who are vital members of our communities and some want to toss them aside. What will become of them, their children, our communities?

Not only has Congress failed to protect our undocumented agricultural workers, but they seek to punish them. Congressman Lamar Smith of Texas  has introduced HR 3711. The bill would make mandatory and permanent requirements relating to the use of an electronic employment eligibility verification system, more commonly known as E-Verify.
It is a federal program that allows businesses to check a new employee’s immigration status within a matter of seconds. It will replace the current system where the new employee fills out Form I-9 and present documents that they are eligible to work along with an identity document. The employer must take the documents at face value.
The E-Verify system is fraught with technical problems. A broken E-Verify system would hurt our agricultural workforce along with the hospitality industry, and in California, the building industry. This would decimate our agricultural workforce along with the hospitality industry, and in California, the building industry. It won’t just affect all businesses who rely on non-U.S.-born workers, but more importantly, it will hurt families who go to our schools and churches.
It is time for Congress and for all the members of my industry to get behind some of the hardest working members in our society and provide them with legal status. These are the people who make America great!
ABOUT THE WRITER
Manuel Cunha Jr. of Fresno is a graduate of Cal Poly, San Luis Obispo. He was an educator for 13 years before joining the Nisei Farmers League in 1987. He became the league’s president in 1996.