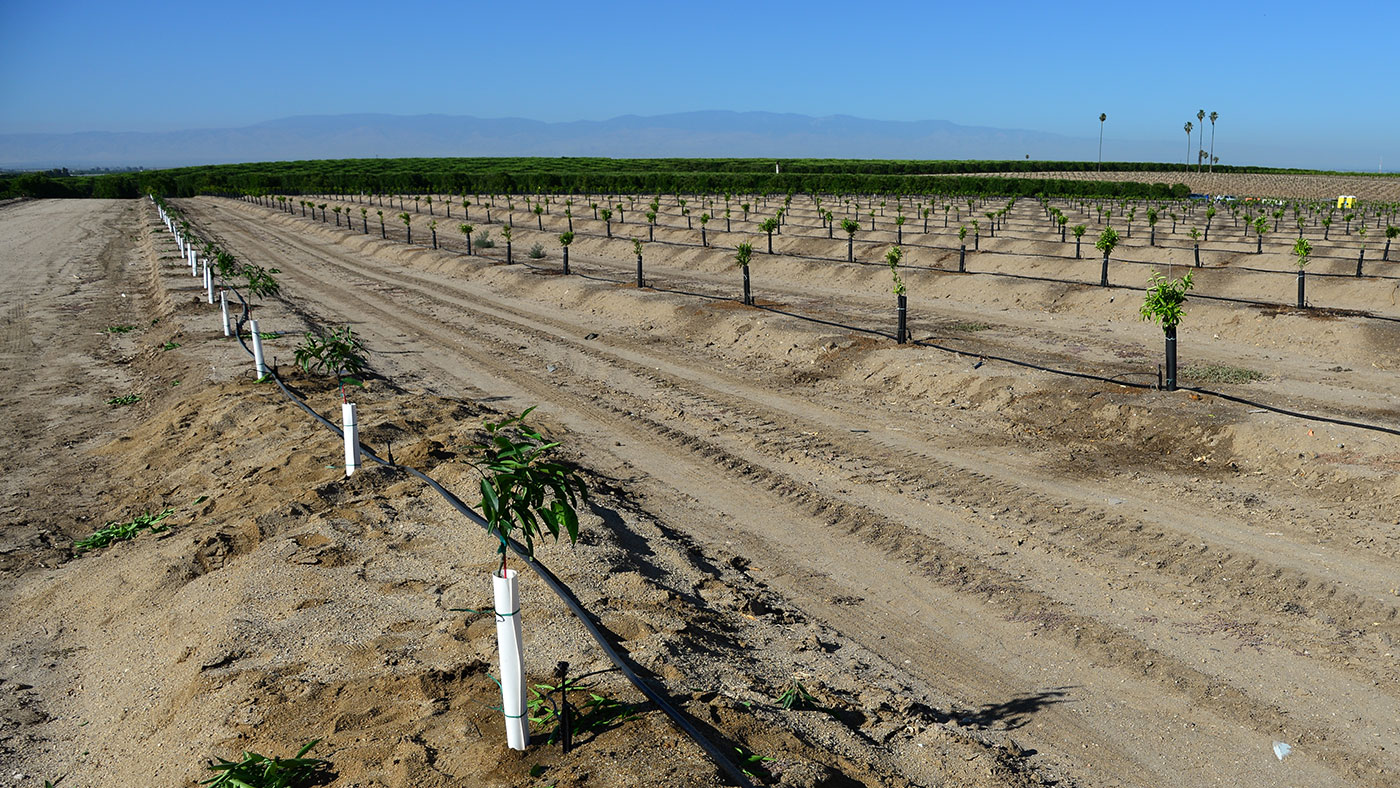 Remember the ballyhooed “GROW” Act (H.R. 23) passed by the House of Representatives last July?
Authored by Valley Rep. David Valadao (R-Hanford), the bill passed 230-190. It even earned the support of four Democrats, including Rep. Jim Costa of Fresno.
The legislation aims to expand water storage and other water infrastructure and speed up environmental reviews. It also has language that benefits environmental projects.
But right now the GROW Act is stalled in the Senate, where both of California’s senators, Democrats Dianne Feinstein and Kamala Harris, have voiced strong opposition to the bill.

Farmland mitigation can be a complex tool in Fresno’s development outline. Initially passed as part of the December 2014 General Plan update, Fresno’s version of the mitigation measure states that for every acre a developer builds on zoned farmland, an equally sized parcel of farmland must be preserved somewhere else in Fresno County.
Some developers say that Fresno’s aggressive mitigation measure will hinder residential and commercial development. Since much of the area zoned for growth is farmland on the outskirts of the city, places like southwest and southeast Fresno may get left behind, the thinking goes.
Last March, the Fresno City Council voted to modify the farmland preservation requirement. Councilmen Steve Brandau and Luis Chavez spearheaded the 4-3 vote.
By October 2017, Brandau complained openly on the council dais that nothing had been done by city staff to comply with the council’s request.
When will a proposal come back to the council for a look?
“We’re working on it,” Brandau said.
(Disclosure: Granville Homes, a Fresno developer, is the corporate owner of GV Wire.)

No Public Office Bid for Steyer

Billionaire political donor Tom Steyer’s big announcement Monday morning: He is not running for public office. Instead, he wants to continue being a pest to President Donald Trump.
According to a news release, Steyer plans to “double down on his commitment to remove Donald Trump from power, help Democrats win key races in battleground states, and take back Congress in 2018.”

The Clovis City Council will consider a plan at today’s meeting (Jan. 8) to sell the senior center to the neighbor next door, the San Joaquin College of Law.
A new 25,000 square-foot senior center is planned a few blocks away at Veterans Parkway and 3rd Street. That is double the size of the present facility. The new center’s target opening date is late 2019.
When that takes place, the law school would lease the old senior building for $90,000 a year for 20 years. Then, it has the option to purchase the building as is for $1.
City staff says the lease would help finance the new senior center.

The Sarantos family has operated the 500 Club card room in Clovis since 1953. Now, they are looking to cash out.
Owner Louis Sarantos is asking the city to approve the sale to K & M Casinos. Kevin Barclay and Michael LeBlanc are behind the new operation.
The room, which is located at 771 W. Shaw, generates $420,000 in yearly fees to the city, according to staff reports.
City staff recommends approval.

George Beal is asking for approval of a license to sell beer at a Chevron station at 5596 E. Kings Canyon at Clovis Avenue. The station is in a county island.
The Fresno County Board of Supervisors will decide on license approval. But unlike the city of Fresno staff reports, the county staff analysis does not make a recommendation one way or the other.
The report does note that the census tract where the gas station exists is only allotted one liquor license. Beal would make three (the other two are the Rite Aid next door and the former owner of the Chevron location where Beal is now at).
The Board of Supervisors will meet Tuesday (Jan. 9).

The Fresno Unified school board holds its first meeting of the year Wednesday (Jan. 10).
The board will discuss spending $93,685 for a sheriff’s deputy to patrol Wawona Middle School for the next five months. The goal, according to staff reports are “intervention, prevention, education and enforcement.”
That breaks down to $106.46 an hour (for a contracted 880 hours of service, which means 22 weeks at 40 hours a week). Sheriff’s spokesman Tony Botti says the hourly rate also covers things like equipment, insurance and benefits.

Fresno Unified trustees will hear two items relating to an $8.5 million contract for internet services connecting the schools to the district. The contract is scheduled to go to Conterra Broadband of Charlotte, N.C.
Two companies are protesting the bid. AT&T objects to the district’s determination that it was a non-responsive bidder. Vast Networks is challenging the district’s certification of Conterra as a responsible bidder.
District officials tell GV Wire that the bids came in at half of what the current service costs while providing 10 times the capacity.