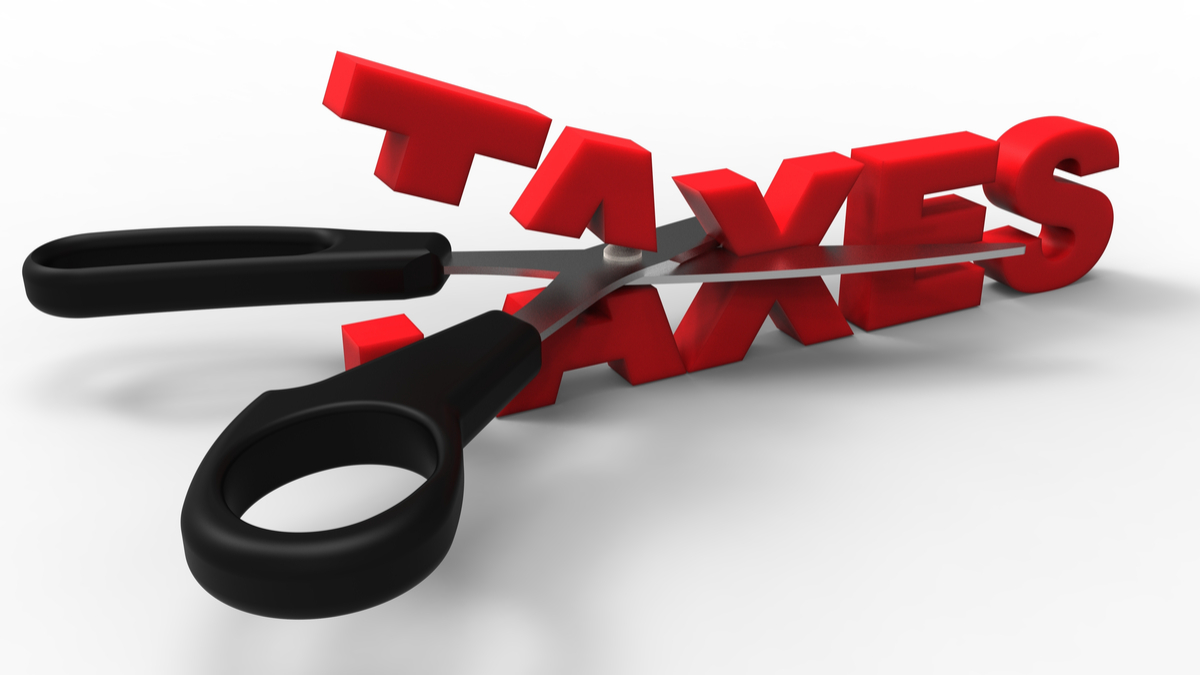 Republican lawmakers voted this week on their tax plan after reconciling differences between the Senate and House versions and met their Christmas deadline of turning it into law.
During the ongoing debate over its merits, many have focused on the “winners” and “losers” in terms of who will have to pay more or less in taxes. I believe that is the wrong question.
The one that Americans should be asking is whether the bill will improve labor market opportunities for workers, especially the nation’s youth, whose careers have suffered since the turn of the century.
Here’s why I believe it will.

To my mind, solving this challenge of getting these young people back to work is the most important goal of tax policy.
For several decades, I have helped collect data for the Bureau of Labor Statistics’ National Longitudinal Surveys on the careers of tens of thousands of workers as well as examining programs aimed at improving the school-to-work transition, especially for disadvantaged youths.
The Great Recession hit young people particularly hard. And they haven’t quite recovered. The share of youth aged 16 to 24 who were working dropped from 59 percent in 2006 to under 43 percent in 2010, the lowest level since at least 1949. Unfortunately, seven years later, this age group’s employment rate is still only about 50 percent. While that number may not seem low given young workers don’t have the same responsibilities as older ones, it’s still well below the norm for much of the 20th century.
Other age groups didn’t suffer nearly as much during the recession and have since recovered most of their losses. The employment rate for “prime-age” adults 25 to 54 years old didn’t decline as much, slipping from about 81 percent in 2006 to a low of under 75 percent in 2011. Currently it’s about 78 percent, better, yet not fully recovered either.

This loss of opportunity for U.S. youth and their inability to find a job delays the start of their careers, reduces the strong wage growth young workers typically experience in their early work years and postpones family formation.
The returns on every year of work experience increase workers’ wages for their entire careers – at about the same rate as a year of additional education – so young people who miss out on employment opportunities will feel these effects for the rest of their lives.
To my mind, solving this challenge of getting these young people back to work is the most important goal of tax policy. And the key to doing that is by encouraging companies to boost investment, thereby spurring more growth and creating more jobs.

What We Can Learn From the Past

So back to our main question: Is the tax plan likely to accomplish this?
In my view, its ability to improve the economy lies in one of its most contentious features: the reduction in the top corporate income tax rate, from 35% to 21%.
The current rate – among the highest in the world – encourages owners of capital to move, or keep, money overseas to maximize their after-tax income. One example of this is the hundreds of billions of dollars in profits U.S. companies have left parked offshore in recent years. Another is the recent trend in “corporate inversions,” in which U.S. corporations purchase companies overseas to shift their tax liability. The result is less investment in the U.S. and a shift in economic activity overseas.
So what evidence is there that a lower corporate tax rate will actually encourage investment and lead to more jobs?
The support for this proposition comes from two sources: economic theory and the experience in both the U.S. and other countries at different times in history. In classical economic theory, a lower tax rate on capital reduces the cost of capital, making more investments profitable. An uncontroversial implication of this is higher national income, production and employment.


Ireland, renowned for having a low corporate income tax of just 12.5%, also boasts the highest level of working-age employment in the developed world, at just shy of 87%.
There are several historical examples that illustrate the impact of raising or lowering corporate taxes on investment and growth.
Starting in 1929, Congress gradually raised the top corporate rate to 15% in 1936 from 11% in 1929. Some have blamed President Franklin D. Roosevelt’s late 1930s tax increase for stopping the recovery and sending the U.S. back into recession.
While there was many factors at work at the time – including the Smoot-Hawley Tariff Act that raised duties on hundreds of imports and a large decline in the money supply – higher taxes and the attendant anti-business climate they created are plausible explanations for why the Great Depression lasted as long as it did.
A more recent example came in the late ’80s, when Congress cut the top corporate rate from 46% in 1984 to 34% in 1992, in two installments. Following these changes investment as a share of GDP grew strongly beginning in the early ’90s, as did economic growth.

What We Can Learn From Other Countries

Ireland, renowned for having a low corporate income tax of just 12.5%, also boasts the highest level of working-age employment in the developed world, at just shy of 87%. The U.S., by contrast, is 16th with 70% of its working-age population employed.
Other countries at various points in their history, such as the U.K. in the 1970s and Canada in the past decade, bolstered their economies at least in part by lowering corporate tax rates.
Another thing to consider is the international reaction to the tax plan. China, for example, is sufficiently concerned that lower U.S. corporate tax rates would be effective in luring business investment that its leaders are considering a range of new policies to prevent a loss of capital. Ireland also sees the bill as a potential challenge to its strength in luring investment, while Germany is contemplating lower business taxes.

Getting Back to Work

While other economists may disagree, lighter taxation and less regulation have arguably generated more growth and prosperity than the opposite, whether we look at the U.S. over time or low-tax countries internationally. And that is what creates enough jobs to ensure young Americans can begin their careers promptly after finishing their education.
A few weeks ago, I was skeptical that the tax bill would pass. That’s because, in my view, all too often the political calculus focuses on whose tax bills will go up or down rather than what the nation needs to secure its long-term prosperity. I figured this would jeopardize the plan’s odds of success.

Our long-term prosperity depends on young people getting educated, finding jobs and accumulating the work experience needed to establish remunerative careers. While we are still some distance from a labor market that offers opportunities for disadvantaged and low-skill workers, I believe the tax bill offers the nation the best chance of restoring opportunity to those who need it most.
About the Author
Randall Olsen is Director of the Center for Human Resource Research, The Ohio State University
This article was originally published on The Conversation. Read the original article.

From Internet Trolls to College Dropouts: Our 6 Favorite Charts of 2017