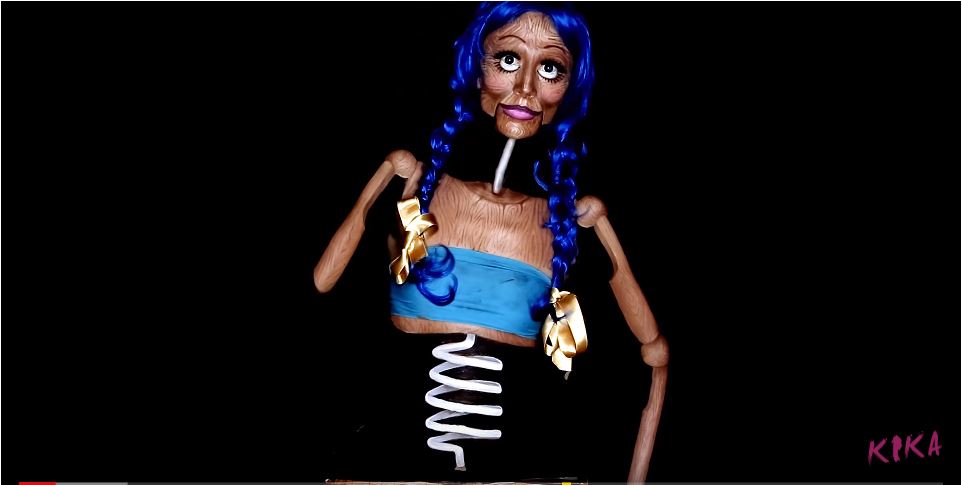 This video is an oldie but a goodie. It’s also timely with Halloween lurking just around the corner.
I watched this makeup artist’s tutorial in 2016 when it first came out. In this example, she seems to become a wooden puppet doll right before our eyes.
I couldn’t help but tilt my head in disbelief that someone could transform themselves so completely.
Since then, I have seen more and more tutorials like this one.
It can take hours of time and effort to achieve a metamorphosis like this and it’s not as easy as it looks.
But the final result is amazing and earned her the win in 2016 NYX Cosmetics Face Awards in Serbia.

Mirajana Kika Milosevic is a professional make up artist and skin illusionist. Many people know her on her YouTube channel as Kika where she shows how she creates viral videos of her transformations.
Milosevic is proclaimed to be one of 10 top illusionists in the world for the art she produces and this video proves that.
It is a perfect sprinkle of inspiration for those who like to get really creative with their make-up this time of year.
For impatient folks, start the video around the 8-minute mark.
(Roe Borunda is an associate producer for GV Wire. You can contact her via Twitter, @roetography, and on Facebook)

Related Topics:artistcosmeticsfacesHalloweenillusionistKikamake-uppuppetRoe's Video Pick
Up Next

Roe's Video Pick: Slinky Kung-Fu Must be Seen to be Believed