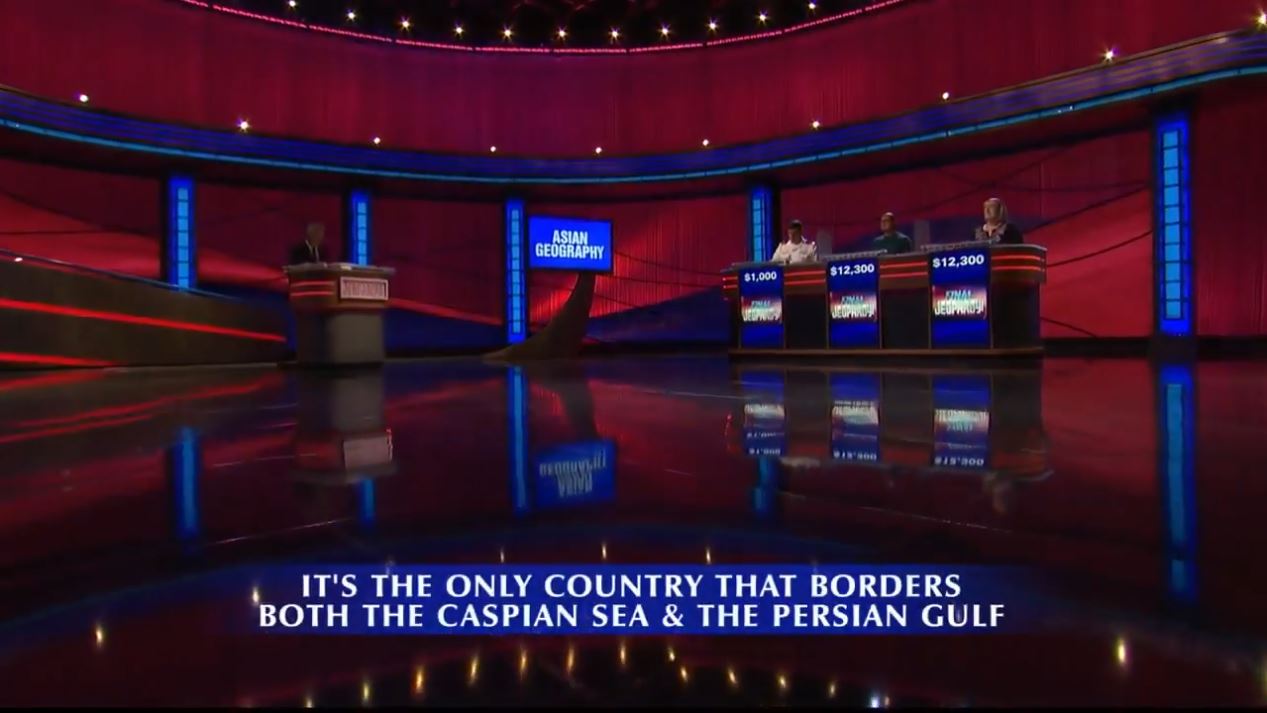 Many times I would sit in front of the big tube TV at my grandparents’ house.
My grandfather and I would open The Fresno Bee to the TV guide section and together we would circle our line-up in red ink.
“Family Matters,” “The Fresh Prince of Bel-Air” and the “CBS Evening News with Dan Rather” were some of our favorites.
He would switch it up from time to time, but “Jeopardy!” was always on our list.
We would finish dinner and dessert would be served right in front of the TV. Then I would play along with the contestants, occasionally eliciting laughs from Pepe when I guessed badly.

A Goal to Win

He always put a bell out, and I rang it before answering. It was as if he was training me to appear on the show.
If memory serves me right, I nailed only a handful “Jeopardy!” questions in my childhood career.
But it made Pepe smile, and I think that is all he really wanted.
After seeing Manny Abell defeat his competitors with a grand total of $1 in winnings Tuesday, maybe I’ll sign up and get to meet Alex Trebek.
“I never thought I’d win with a dollar,” Abell told me via Facebook. “I didn’t even think I was going to win that particular match — period.”
Abell says he started watching Jeopardy! at the age of 10. In case you’re wondering, it took him two years to get on the show after taking the online test.
Watch this video clip and see if you can deliver the right question. If you answer correctly, you may be “Jeopardy!” material.
FYI: One of the contestants Abell defeated was Fran Fried, a former assistant editor with The Fresno Bee.
(Roe Borunda is an associate producer for GV Wire. You can contact her via Twitter, @roetography, and on Facebook.)