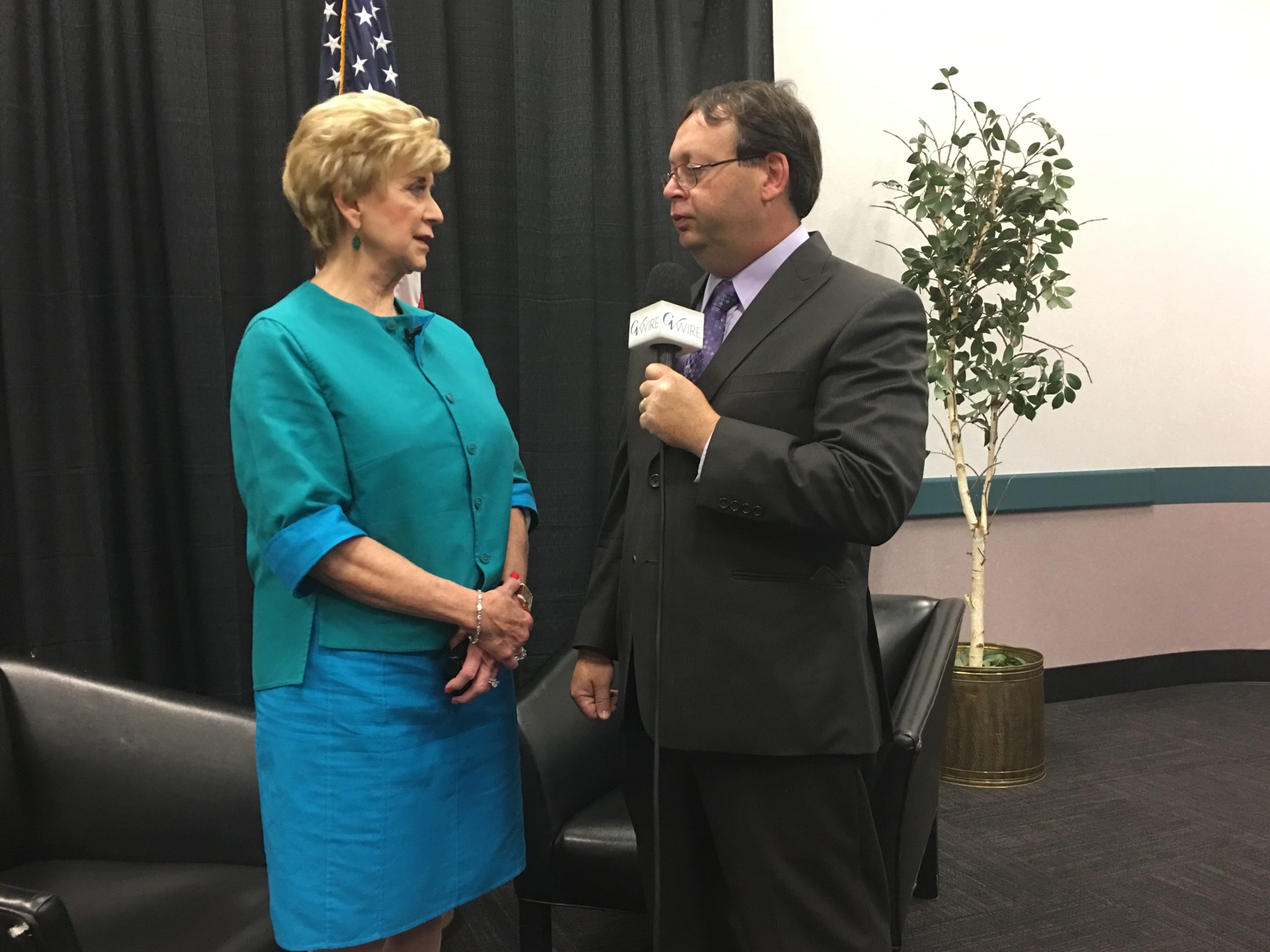 While Linda McMahon is now part of President Donald Trump’s cabinet, she cannot divorce herself from her time as the head of WWE.

While she may be best known for her time in front of the camera, involving herself in storylines using revolving around her husband, Vince “Mr.” McMahon, she also served as CEO of the company that proved dominant in the world of professional wrestling.

During a recent stop in Fresno, McMahon spoke to GV Wire about her WWE life. She talked about how life in WWE prepared her for Washington politics.

While Linda McMahon did not grow up a wrestling fan, she sure became one when she married into the McMahon legacy. Her father-in-law, Vincent James McMahon, was head of the forerunner of the WWE until his son and Linda’s husband, Vincent Kennedy McMahon, took over in 1982.

The younger McMahon expanded the promotional territory of the WWF (as it was known until 2002), from the northeast United States to around the world. The WWF flipped the traditional pro wrestling business model from sticking to one territorial destination to promoting in nearly every TV market in America and abroad.

Even as an executive, Linda McMahon said she made time to enjoy the product her company presented. The best experience is seeing how the fans react, she said. And her favorite WWE moment? When Hulk Hogan bodyslammed the appropriately-named Andre the Giant at WrestleMania III in 1987.

McMahon also talked about the first time she and Vince met Donald Trump. It was at a Rolling Stones concert in the 1980s in East Rutherford, New Jersey. [Note: while Linda says it was at Giants Stadium, it was likely at the Brendan Byrne Arena next door in 1981. The Stones did not play at Giants Stadium until 1994, well after a friendship between the McMahons and Trump was established.]

And her favorite wrestler? McMahon had no problem with the nepotism-laced answer of her husband Mr. McMahon and son-in-law Triple H.

Watch above for the full interview.

Bill Walton on Farming, the Dead and Life