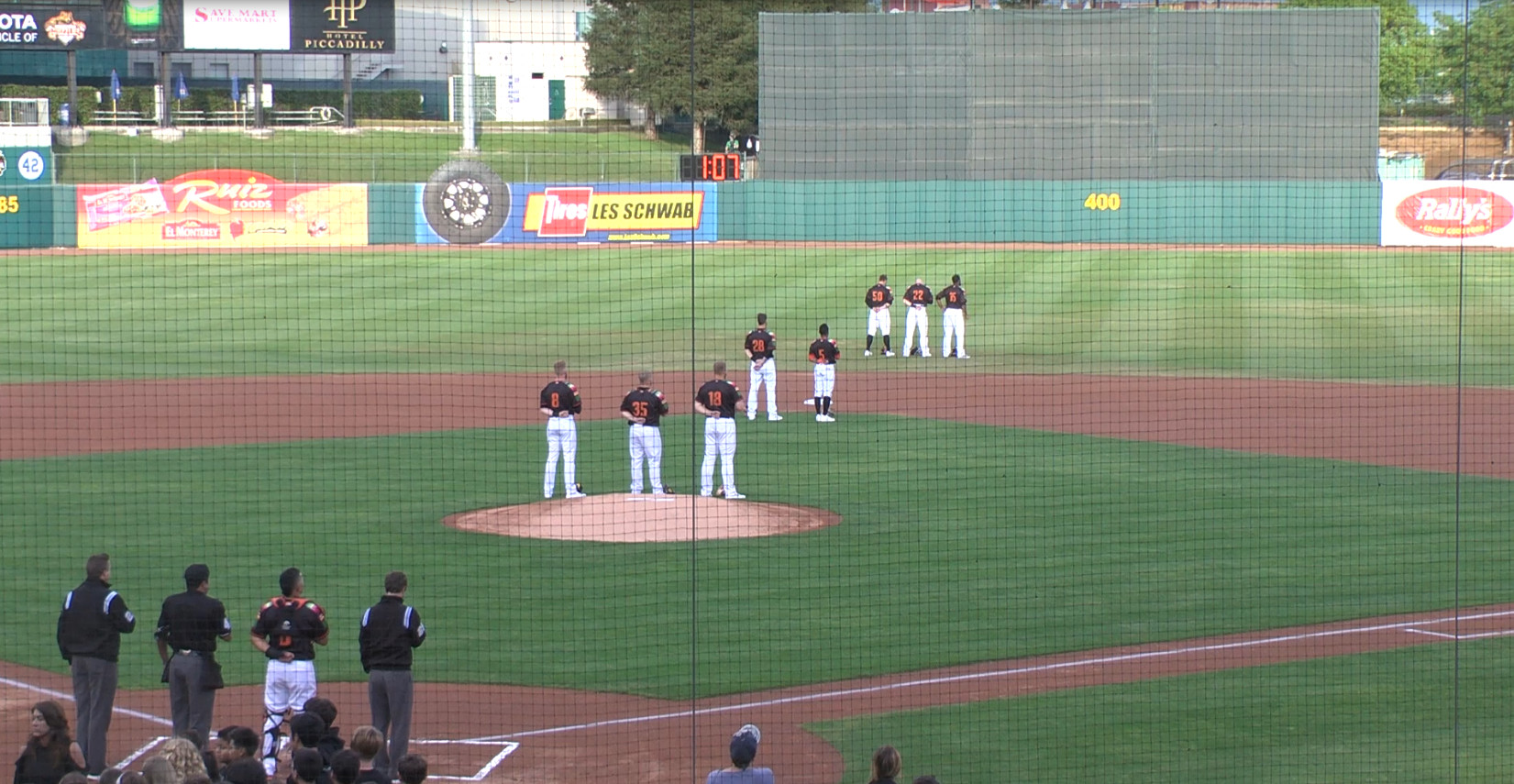 Before the Fresno Grizzlies game versus Las Vegas on Tuesday night, the team took a moment of silence.

Public address announcer Harry Kargenian asked the crowd of 3,652 for the peaceful reflection in honor the memory of those who lost their lives in a random act of violence. The players and umpires, both on the field and in the dugouts, stood with hand over hearts.

Three people in downtown Fresno died in what police call a hate-motivated shooting, with the targets picked at random (albeit all white men). The suspect, Kori Ali Muhammad, was later taken into custody. He is also accused of killing a Motel 6 security guard last week.