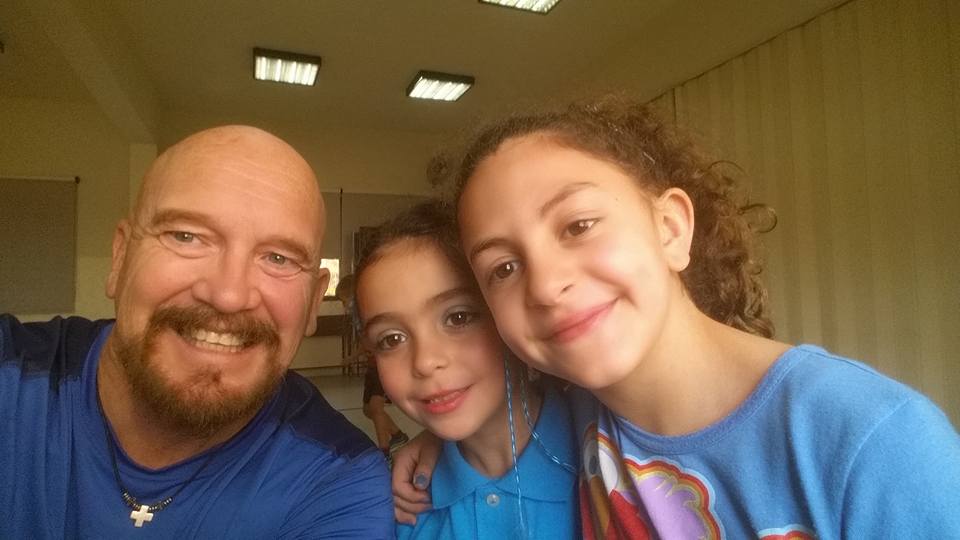 Steve Brandau is on a mission from a higher power. The Fresno councilman traveled more than 7,000 miles away to help Syrian refugees living in Lebanon. As one of continent of 11 congregants from Northwest Church in Fresno, Brandau is visiting refugee camps to understand how some of the most hardest hit world citizens or coping.

In a time zone 10 hours ahead of Fresno, Brandau spoke exclusively with GV Wire to talk about this life altering trip.

GV Wire: What is the motivation behind your trip?

Steve Brandau: It’s definitely a mission’s trip. It is about connecting with people in these Syrian refugee camps. There are other areas of poverty we’ve worked with here while we’ve been in Lebanon. But really, it is to connect with these folks, to pray with them, to let them know people around the world are thinking of them, were caring for them. We spent many hours every day hanging out with them.

Today I got a chance to play soccer. I haven’t played soccer since junior high. They call it football. Today I got to play football with about 50 Syrian refugee boys that are 8-9-10 years old. We just had a blast to get to play with them. The girls were another area doing arts and crafts. We’re going to do that again tomorrow.

Tomorrow, we are going to play soccer at a soccer clinic where they bring about 120 boys in from the camps to play soccer. (It will) give them a chance to stretch their legs, have some fun, laugh, have fun; just a chance to be normal. This goes really a long way breaking the kids free from all the tragedy surrounding their young lives thus far.

It’s been totally fantastic to be a part of that. My motivation was to do that exact thing: to let these Syrian refugees that I’ve heard so much about; to let them know that people are thinking about them, that we love them; that God loves them, that God has a great future for them.

At the same time, I wanted to get a bird’s eye feel for what the Syrian refugees, the people, are truly like.

They wear different clothes. They have different customs. But at the end of the day, they are people like everybody else. They cannot wait for the civil war to be over. They want to go back to Syria and make a future there.

It’s really heartwrenching to watch them put up with all the struggles. There are definitely tears in their eyes when they tell their stories. There were tears in our eyes as well. Sometimes, they laugh though. They think of things and laugh. They are very normal and good people. They are very poor in material possessions but have very rich spirits. So it was great to hang out with them.

GV Wire: How are the missile attacks launched by the United States into Syria playing in Lebanon?

Brandau: Lebanon is very mixed on all of the things that have happened in the last week. There are many people in Lebanon that do not think the Assad regime are the ones that used the chemical weapons. They think that Assad has been framed. They are surprised that Trump retaliated as fast as he did.

On the other hands, many of them are happy that Trump did something. Because for eight years, Obama didn’t really get involved. The Syrian civil war has made a huge impact upon Lebanon. There are literally millions of Syrians refugees in Lebanon.