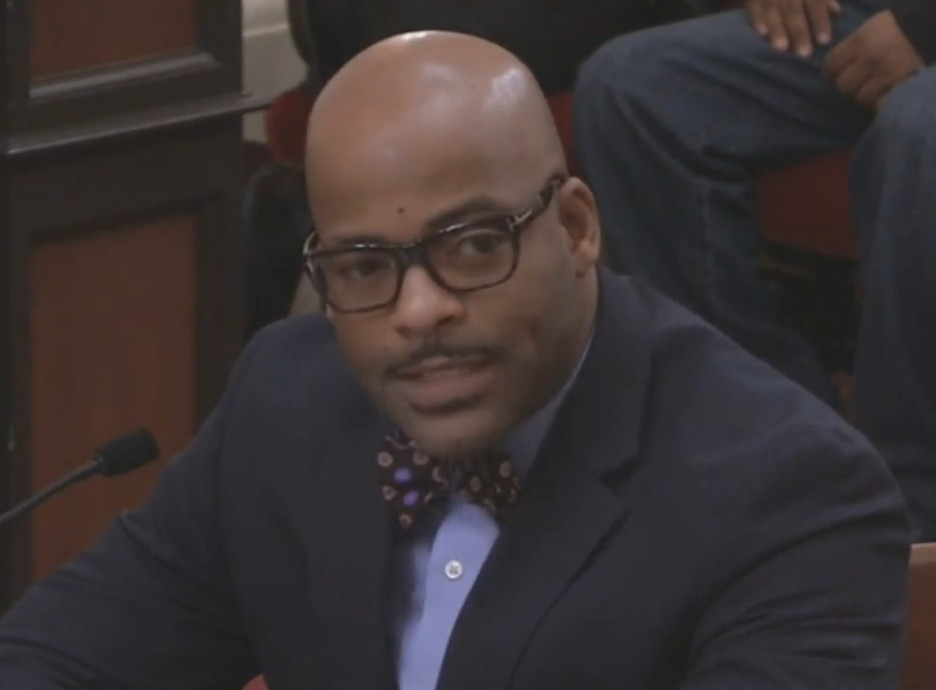 Sen. Andy Vidak (R-Hanford) lobbed another charge about the appointment of Isadore Hall to the Agricultural Labor Relations Board (ALRB). Less than two weeks after accusing Hall of having a vendetta against those who opposed him, Vidak now says there is a cover up into any potential investigation of those claims.

Vidak initially said that Hall, a former state legislator from Compton, approached farmers at the Hyatt Regency in Sacramento the night before his March 1 confirmation at the Senate Rules Committee. In his March 13 letter to senate president and rules committee chairman Kevin De Leon (D-Los Angeles), Vidak wrote Hall engaged “in an obscenity-laced tirade, threatened to use his position to ‘get’ several farmers who oppose his confirmation.”

In a news release Friday afternoon (March 24), Vidak says that De Leon (D-Los Angeles) told him on the senate floor there would be no investigation into Hall. Now, Vidak wants another senate committee to investigate his allegations “concerning a possible conspiracy to cover-up” de Leon shutting down the investigation.

George Radanovich, a former U.S. congressman and now president of the California Fresh Fruit Association (CFFA), confirmed to GV Wire that he was at the bar in the night in question. He did say that Hall approached Radanovich and three other officers with the CFFA. But, he would not divulge the nature of that conversation.

Vidak referred to Radanovich, albeit not by name in a news release today (March 24). He further states that de Leon told him the CFFA ‘have worked things out so Hall won’t be investigated.” He has now filed a complaint with the Senate Ethics Committee.

Radanovich responded to the senator’s accusation. “He has no clue what he is talking about. He should have gotten a hold of us, his constituents, first.” According to Radanovich, his group’s attorney met with de Leon to lodge their objection to Hall as an ALRB member. They also appealed to the governor’s office.

“Deal, arrangement, understanding, wink-and-a-nod.  Call it what you want but I’m just taking (De Leon) at his word,”  Vidak responded to GV Wire via e-mail.

Hall’s appointment to the board from Gov. Jerry Brown drew the ire of Vidak, newspaper editorial boards and others in the agriculture industry, feeling he was neither impartial nor qualified to serve on the ALRB. That group helps mediate labor disputes between farm workers and the ag industry.

At the March 1 hearing at the rules committee, Hall addressed some of those critiques.

“I want you to know that I fully recognize these challenges and plan to confront them head on in an inclusive, methodical and transparent way that involves bringing all parties from business to labor together in order to find commonality, build consensus, and solve the problems that we no doubt will be confronting us on the board.  I hope that my record standing up serving as a voice for working families and also as one for business illustrates my deep desire to be fair and just and put the interest of the great people of California first.”

Hall was approved 3-0, with one abstention and one voter absent. He may serve on the ALRB for one year without confirmation. He now awaits a full floor vote as a final step before becoming an official ALRB member.

“Now, more than ever, there needs to be an investigation by somebody,” Vidak wrote in his news release.  “Has this reported ‘arrangement’ with the CFFA ‘leaders’ to roadblock an investigation into Hall been agreed to by the four other members of the Senate Rules Committee?  Hard to believe that Rules Committee members pretending nothing happened somehow serves the public’s interest or the rights of farm workers or farmers?”

“With due respect, the State Senate doesn’t waste taxpayer resources investigating dubious hearsay accounts of private conversations held in hotel lobbies – and that’s what Senator De Leon clearly and politely communicated to Senator Vidak.  Any suggestion otherwise is patently ridiculous.  Chasing goofy conspiracy theories might fly on President Trump’s Twitter feed but it has no place in the California Legislature.”

In today’s letter to the ethics committee, Vidak writes:

No response from the Chair or any other member of Rules Committee about an investigation was forthcoming until yesterday on the Senate Floor when Senator De Leon informed me that “there would be no investigation” and that he and the leadership of the CFFA “have worked things out so Hall won’t be investigated.”