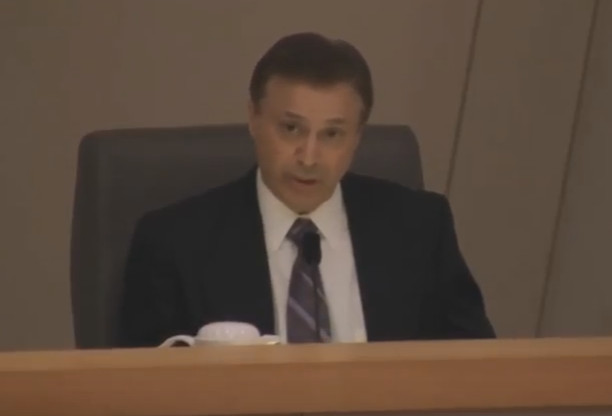 Garry Bredefeld is establishing himself as a bloat destroying machine. The councilman, representing Fresno’s sixth district, killed a $139,000 consultant contract at today’s (March 9) council meeting. This is the second consultant contract that Bredefeld has spiked since taking office in January.

The city’s public utilities department wanted to pay Clements Environmental Corp. of Sherman Oaks to help decide where to place residential drop off centers. The concept is that it would be a place for Fresnans to dispose of bulky goods and prevent illegal dumping.

The item was initially on the consent calendar, one of many mundane items that could be voted on all at once. Bredefeld had it pulled for a deeper discussion. Jerry Schuber, assistant director of the public utilities department, took questions from council.

Bredefeld says he supports the idea, but questioned the need for a consultant. “We have got so used to relying on consultants,” he said from the dais. “This (a drop off center) is clearly something people want.”

The contract called for Clements to survey the public and help determine what type of center was needed, where to locate it and how to manage it.

The council then took a vote. There were only three members voting to pass it: Oliver Baines, Paul Caprioglio and Luis Chavez. Bredefeld, Brandau and Clint Olivier voted no. Since it needed a majority to pass, the contract failed. The seventh council member, Esmeralda Soria was absent. According to her Twitter feed, she was in Washington D.C. yesterday.

In January, Bredefeld led the effort to cancel another consulting contract with public relations firm Bertz-Rosa on parks publicity. That effort, the councilman said, saved $150,000.