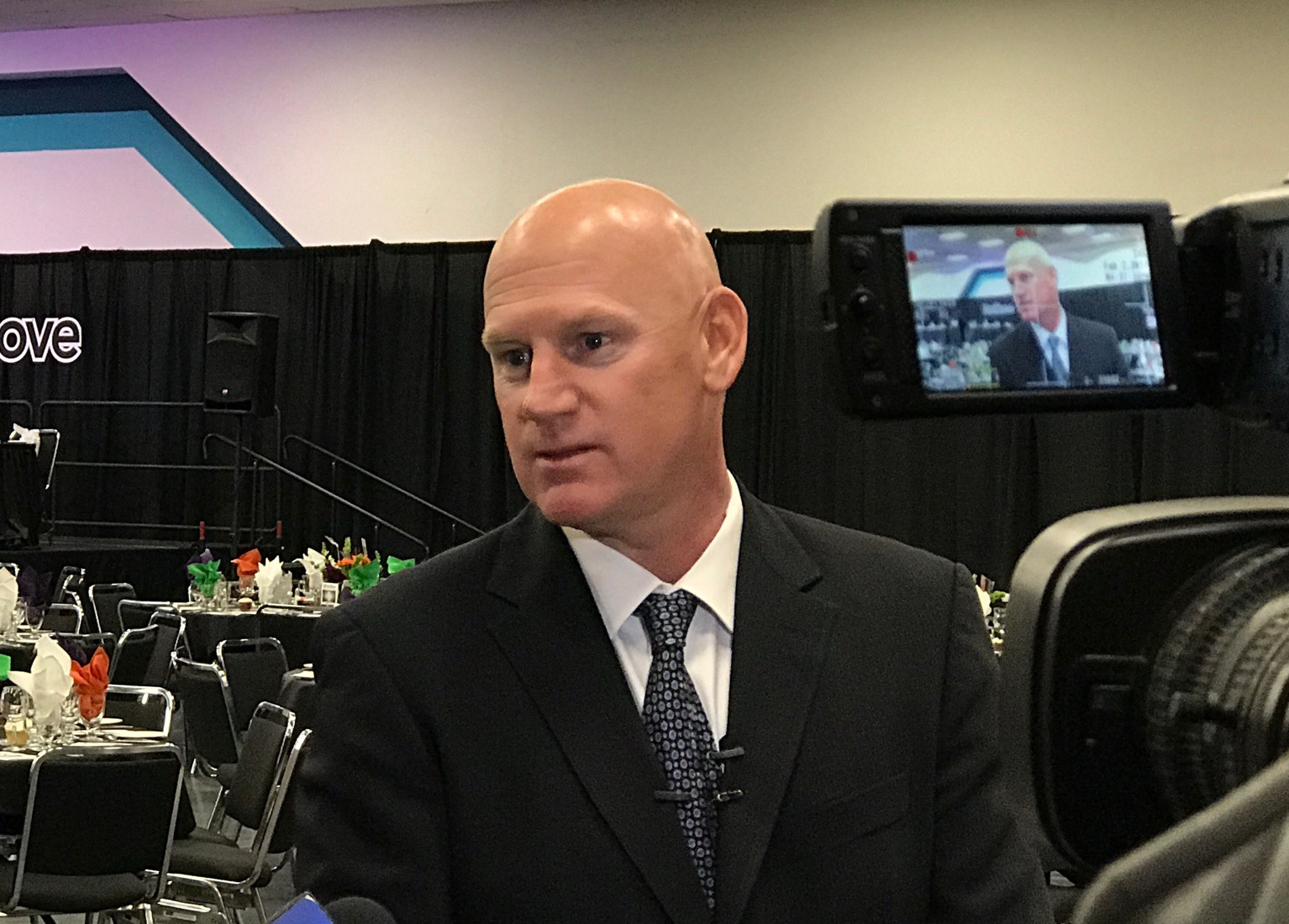 Although he was traded away more than 20 years ago, Matt Williams remains a favorite among Giants fans. The slugging 3B played for San Francisco from 1987-96, helping the team to the 1989 National League crown and becoming a four-time All-Star (five total All-Star Game appearances in his career).

He played for two more pennant winners after his trade, in 1997 with Cleveland and winning it all with the Arizona Diamondbacks in 2001. After he retired following the 2003 season, Williams continued in the game as a coach and then manager of the Washington Nationals in 2014-15.

Although never playing minor league ball in Fresno (the Giants had a California League affiliate through 1987, but Williams never found his way here professionally), he is still adored in the city. He recently appeared as the keynote speaker at the Fresno Grizzlies Hot Stove dinner.

Before he gave his speech, GV Wire spoke with Williams about relating to today’s younger players, the Giants-Dodgers rivalry, what it was like to be teammates with former Dodgers (i.e. Orel Hershiser), do Bonds and Schilling belong in the Hall of Fame and maybe a Babe Ruth impression?

Check out the video above.