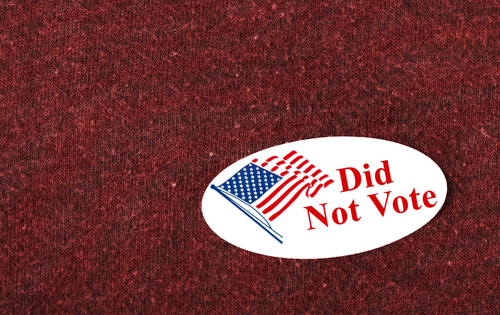 [Note: this story has been updated to reflect yet-to-be-counted ballots in turnout total]

A look at the elections in Fresno…

Lee Brand is the new mayor-elect. In a race that was a dead heat in polls just a few weeks ago, the city councilman broke things open the final few weeks. With 100% precincts reporting, Brand defeated county Supervisor Henry R. Perea, 53.4 to 46.3%, or by 6,035 votes.

In District 5, Luis Chavez garnered 57.8% of the vote to assume the seat vacated by his boss, current councilman Sal Quintero. Chavez, currently an elected member to the Fresno Unified school board and Quintero’s chief of staff, defeated Jose Barraza (24%) and Tony Gastelum (18%). Chavez will fill the remaining two years of the District 5 term. Quintero was elected to the county Board of Supervisors back in June.

Replacing Chavez on the Fresno Unified area 2 school board is his fiancé, Elizabeth Jonasson. She defeated Yuritzy Villasenor, 65.4 to 34% (margin of 1,228 votes).

Voters approved Measure X, the $225 million dollar school bond for Fresno Unified, 63.55-36.45% (margin of 15,108). It only needed 55% to pass. The bond was one of the more contentious local questions asked of the electorate. Despite the absence of official Yes or No committees, major funding was provided by outside sources. Radio station group One Putt Broadcasting paid more than $30,000 for ads and signs. A group organized by trustee Brooke Ashjian and a Sacramento-based charter school lobbying group vowed to spend $100,000 to defeat the measure.

Measure U also failed, 56.4-43.% (margin of 18,566). It would among other things change the County Administrator from an elected position to an appointed one.

Turnout rate so far was the lowest countywide for a general election dating back to 1996 (the earliest date results are available). Only 177,183 voters bothered to participate, at a rate of 40.48%.

Fresno County elections chief Brandi Orth says there are still 80,000 mail-in ballots and 31,000 provisional ballots that still need to be counted. If you add in those 111,000, turnout rate would improve to 65.8%, in line with prior contests.

There were no surprises in the elections of the local delegations to Sacramento and Washington. In the Assembly, Frank Bigelow (R-O’Neals), Adam Gray (D-Merced), Jim Patterson (R-Fresno), Devon Mathis (R-Visalia), Dr. Joaquin Arambula (D-Fresno) and Rudy Salas (D-Hanford/Bakersfield) return.