These people could oversee Measure X 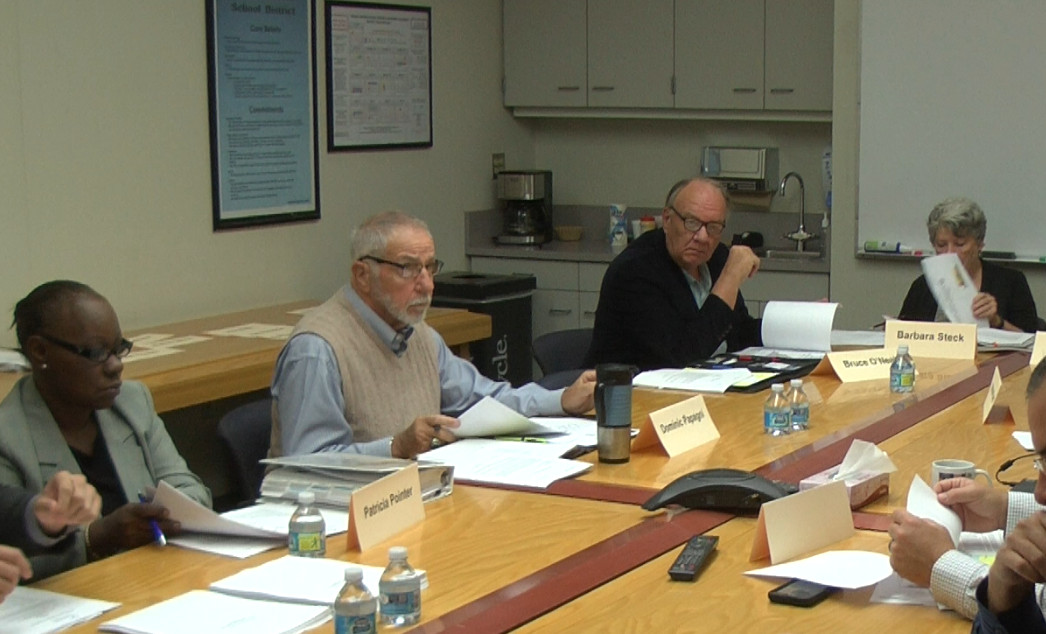 In an office building behind a chain link fence in west Fresno, a group of citizens meet four times a year on education financial issues.  Tuesday morning, members of the Fresno Unified Citizens’ Bond Oversight Committee convened around a rectangular table in the Huntington Conference Room at the Fresno Unified Service Center. These are the people charged with making sure bond money is spent wisely.

When California voters passed a Prop 39 in 2000 to lower approving a bond to 55%, it also included a provision about creating an oversight board. At full capacity, the committee has 15 members: each of the seven FUSD trustees appoints two members and the superintendent appoints the chairperson.  The Board of Trustees then approves all appointments.

However, there are three vacancies on the committee (it hasn’t been at a full 15 since October 2013). Only seven attended an 8 a.m. meeting this quarter. They outnumbered FUSD staff by one. No one from the public attended. Maybe because no one from the public knows about the board. Attendance on the board has been scarce.

There have been some critics who feel the committee just “cheerleads” what FUSD staff tells them about. Transparency and oversight have been big concerns from the No on Measure X crowd.

Chaired by Barbara Steck, a retired transportation planner who used to work for the Fresno Council of Governments, the group oversees Measure Q bond spending. If Measure X passes, the committee will be in charge of oversight of that bond as well.

[Watch interview with Steck by clicking on the photo above]

There were project updates on Measure Q and three different audit reports discussed. The seven attendees of the board listened to various audit reports. A few asked questions, mainly technical clarifications. The 13-item agenda was straightforward, with no contentious debates, no raucous displays of decorum and not much scrutiny of district officials.

FUSD Chief Operating Officer Karin Temple presented findings on Measure X, this election’s bond measure that could pour $225 million for district spending. She outlined where the money would be spent and which projects it would be slated for. She also reiterated that money would not be spent on administration salaries.

“I have heard everything from ‘I’m going to get a raise.’ No! Let’s be very clear, No! to we’re spending money on all kinds of salaries we shouldn’t be spending money on. I want to very clear that is not occurring. It says it right here (holding up a auditor report). The auditor looked. Every we spend our dollars it is not going to administrative salaries,” Temple told the meeting.

The only comment from the committee came from Dominic Papagni, a retired educator, who bemoaned all the No on Measure X signs he’s seen around.

Despite only 7 of the current 12 members in attendance, it did meet the quorum needed of six. The next meeting is scheduled in January.

Members who were absent:

VIDEO: The pros and cons of Prop 57