Brooke Ashjian says No on X 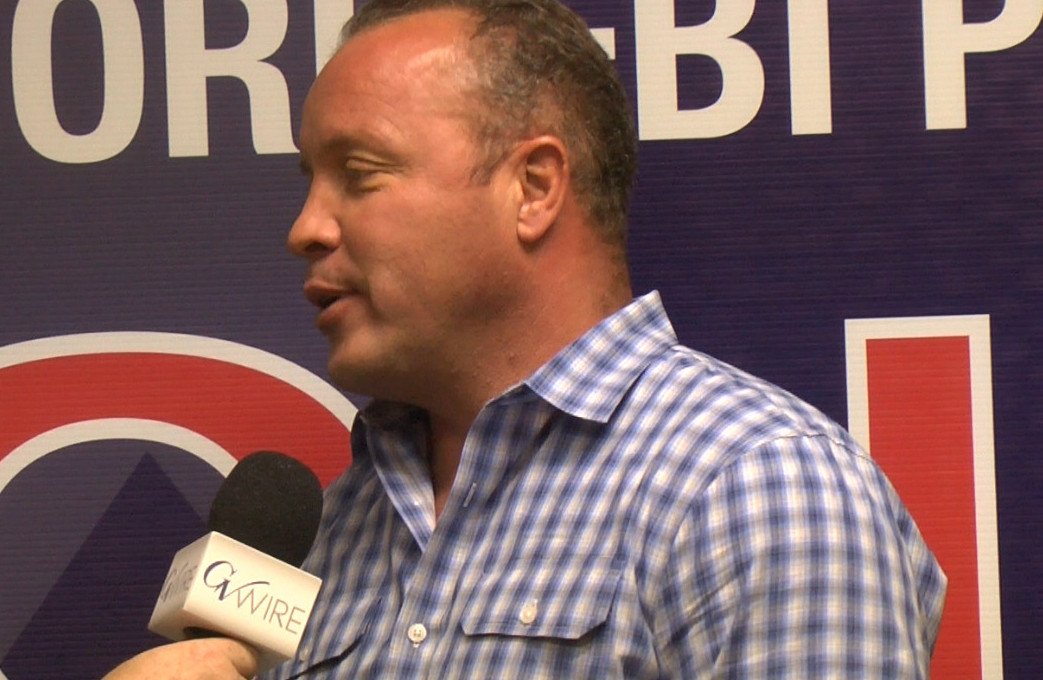 Brooke Ashjian isn’t shy to let others know his thoughts on Measure X. If the No on X lawn sign in front of his Seal Rite Paving business in west Fresno isn’t a giveaway, the giant sign inside his office is. The Fresno Unified trustee, an elected member to the school board, is leading the campaign to reject the $225 million school bond.

Ashjian, and his Schools Not Scams group, convened a news conference last week in front of FUSD headquarters. He railed against the plan, questioning its transparency and the secrecy behind the last school bond, 2010’s Measure Q.

[Edited for length and clarity]

GV Wire: Why are you opposed to Measure X?

Brooke Ashjian: (Measure X) is right after Measure Q, which has huge flaws and a lot of problems with it. Measure X is an incomplete bond measure that has no clarity, that has no substance to it. It has no list of where we are going to go and what we are going to do. Frankly, one of the most important things: not only does it exclude schools, but it excludes charter schools.

GV Wire: Fresno Unified has produced as list where the bulk of the money would go. Does that satisfy your demand?

Ashjian: I’ve been asking for a list for six months. Only after we launched No on Measure X, and only after there has been public humiliation or shame do they produce a list at the 11th hour. At the October 12 board meeting, there was no list. They produced a list on Friday, October 14th. Here we are, less than 30 days from a bond measure and they scrambling to get us a list. That is not the proper way to plan for a bond. During Measure Q, we had multiple community meetings, multiple inputs form teachers and staff and parents. A great example is at Fresno High. Under Measure Q, they were supposed to get two new buildings. Under Measure X, they’re saying let’s slap some paint on it. Let’s put a gym in the middle of green space that the kids ultimately need. Nobody on that campus wants that project. Why? Because they didn’t ask them. They did two weeks of input on Measure X. This is not good business.

GV Wire: Does the FUSD level of transparency (board meetings, community meetings) not satisfy you?

Ashjian: Transparency is a funny thing. If we were to compare transparency to water, you wouldn’t drink it, because it’s muddier than the Mississippi.

GV Wire: One of your slogans has been “no blank checks.” What do you mean by that?

Ashjian: I’m not going to ask my taxpayers who have the ability to lower their taxes – if we don’t pass this because this is a flawed measure- your property tax go down. We’re not ready. I’m on the board. It’s kind of an oxymoron. Why would a board member say don’t pass the bond? I’m not saying don’t pass any bonds. I’m saying don’t pass this bond. We have enough money to carry us through 2018-19 under Measure Q. We have $60-70 million left. We are not ready for Measure X. In 2018, we should come back to the public with something of size, of magnificence, something that is fantastic. Quite frankly, Measure X isn’t enough. $225 million is a Band-Aid. We need to go after this thing and fix the problem as opposed to patching the problem.

GV Wire: $25 million is dedicated to vocational training, something you’ve advocated. Is that to early? Should we wait?

Ashjian: Under Measure Q, we had $6 million of vocational education money. We are just now, six years later, talking about it because I’ve been banging on these guys about vocational ed and how the Valley needs a work force. For them to tell you that they need that money for vocational education is a bald faced lie. We’ve got $20 million set aside in our line item budget set aside for vocational ed plus $6 million sitting in Measure Q. On top of that, we have $31 million in Measure Q that we still haven’t designated where it’s going to go. Money isn’t the problem. The problem is this superintendent has an occasional relationship with the truth and transparency. This has got to stop.

GV Wire: A lot of the campuses need some TLC. How do we improve the schools so there aren’t cracks in the foundations or have portables anymore? How do you get that money without passing a bond?

Ashjian: Some of that is deferred maintenance. That should not be in a bond. You should not pay for something, like an air conditioner, that will last for only 10 years. You should not finance something over 30 years. That is bad business. We should finance infrastructure projects or buildings, something you would consider depreciating, over a 27- or 39- year basis. Things that matter, hard things, should be financed with Measure Q or Measure X.

Ashjian: It was designed for poor districts. Make no mistake about it. Fresno Unified is a poor district because of our population. We are a rich district as far as cash flow. We have $100 million sitting in the bank. Lease-leaseback is a viable option to be able to finance project if done correctly. If you competitively bid general contractors to get to the lease-leaseback, it’s a great process. But it’s not a good process when you send your top lieutenants  in Fresno Unified to have lunch and drinks, then dish out $124 million to one contractor, something is wrong.

GV Wire: When I spoke with Superintendent Hanson, without naming names, he said a Fresno Unified board members utilized lease-leaseback in his business. I’m probably interviewing him right now.

Ashjian: We never used lease-leasebacks for Seal Rite Paving. We have worked for contractors who have utilized the process. Say Fresno Unified takes bids from five firms. You pick the lowest bidder to get the job. We didn’t do that. We went to one guy. We had a couple glasses of wine and we gave some jobs. Lease-leaseback works when done properly. The state acknowledges that. There has been a lot of tremendously successful lease-leaseback programs. Fresno Unified is not one of them.

We hired an independent consultant. The board by-law (4126) says consultants and independent contractors may be hired only if approved by the board. We gave 10 or 11 consulting contracts for lease-leasebacks and they did not come before the board.  There has to be assurance there is no conflict of interest. We (the board) didn’t do that either. Who didn’t do their job? Nobody will tell me. Somebody didn’t do their due diligence with the pre-construction contract which nobody knew about. I asked Superintendent Michael Hanson: is there a pre-construction agreement with any of these firms. He looked me dead in the eyes and said no. I asked our attorney is there a pre-construction agreement. There isn’t one. If everyone is telling the truth, what’s the problem?

GV Wire: what is the best for the kids of Fresno Unified?

Ashjian: It’s not money. Fresno Unified has a lot of money. We have bond money to carry us for another three years. It is the ability to have leadership. We need true leadership that will not freeze out board members, that can bring people together, cooperate with teachers, to go out to the community and relate to parents. We need Ronald Reagan. We need a guy that can bring people together that will not play transparency games. No more lies. That will solve the problems for kids.

Local law says No on 57 despite polling, fundraising disadvantage