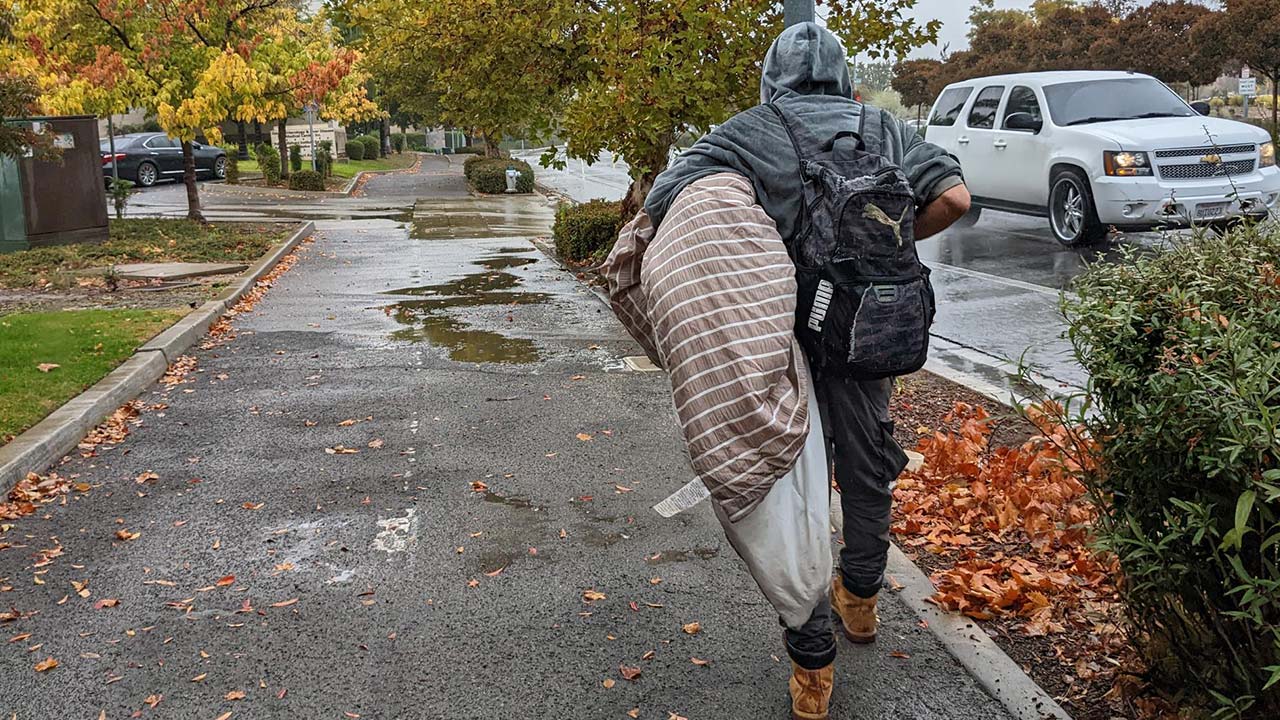 If you’re planning to vote in person on Election Day, you’ll want to dig out your umbrella or else you may get soaked. Rain and possibly thunderstorms are in the forecast for Tuesday, says Jim Bagnall, a meteorologist with the National Weather Service in Hanford.

The winter storm that’s bringing rain to the Valley and lower elevations of the Sierra is also forecast to drop as much as 6 feet of snow above the 8,000-foot level of the mountains, Bagnall said.

A winter storm warning will remain in effect for the Sierra through Wednesday morning, and drivers are advised to delay their travel plans if possible, he said. Snow levels are now dropping down to the 6,500-foot level, Bagnall said.

Travelers to the mountains will need to bring chains.

As of Monday morning, about a tenth of an inch of rain had fallen in the Fresno area, he said. The steady light rain is scheduled to continue until about lunchtime and then hold off until resuming later Monday afternoon.

Monday’s high for the Fresno area is forecast to be 54 degrees, and the overnight low is forecast for 46.

Watch Out for Fog

Slick highways are not the only thing Valley residents should be preparing for. Moisture plus cooler weather equals fog, which can create blinding conditions on freeways and rural roads during early morning hours.

This week’s storm is not altogether unusual for this time of year, Bagnall said. The cold and wet weather is moving southeastward out of the Gulf of Alaska and could drop an inch and a half of rain on the Valley before it ends, he said.

The forecast is for a La Nina winter, which could either mean warmer and dryer or colder and wetter, Bagnall said.

Fingers crossed for colder and wetter.