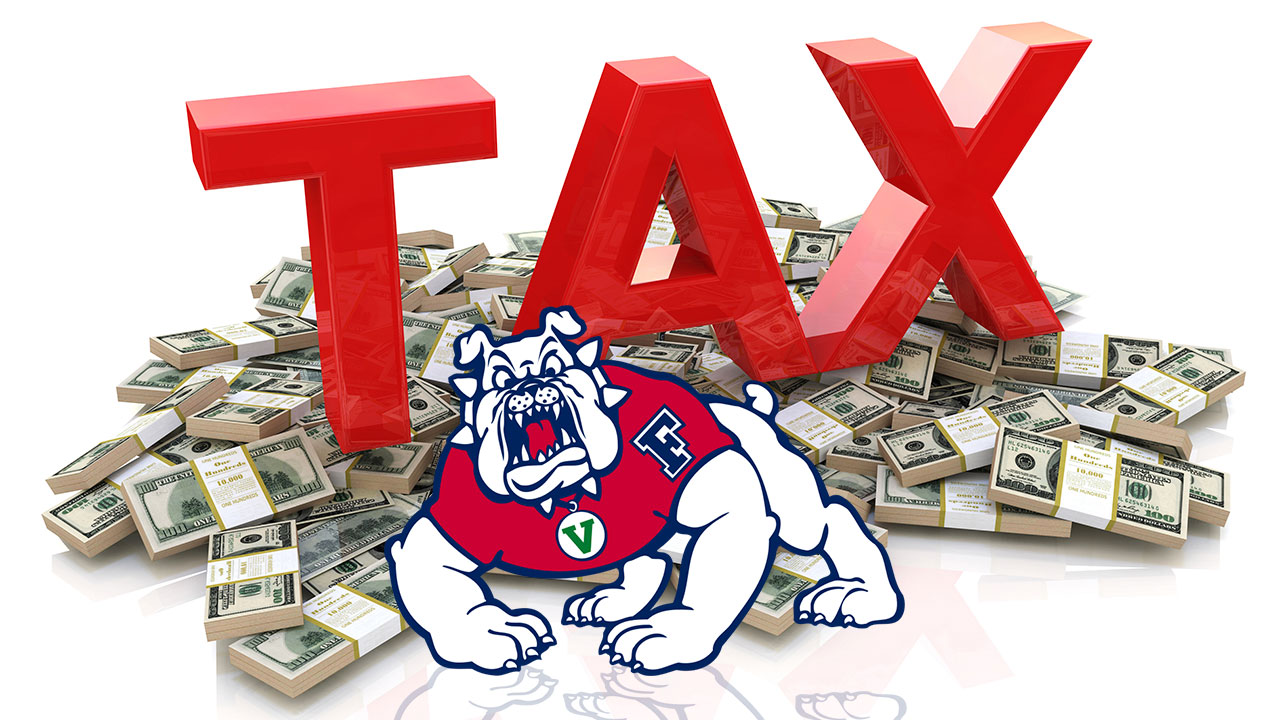 With almost no discussion, the Fresno County Board of Supervisors voted 5-0 Tuesday morning to put a sales tax measure to benefit Fresno State on the November ballot.

Supervisor Steve Brandau, noting that he represents an “anti-tax” base, said he supported putting the measure on the ballot but emphasized he’s not indicating his support for the tax itself “at this time.”

“Let the citizens decide,” he said.

County Clerk James Kus said proponents have asked to have the measure identified as Measure E.

Proponents say the “California State University, Fresno Facility and Academic Program Improvement Initiative Measure,” a two-tenths of a cent sales tax, would raise $36 million yearly, or $720 million over 20 years. The funding would be used to expand access to nursing, agriculture, criminology, and engineering/STEM programs; repair and upgrade academic and other facilities, including women’s and men’s athletic facilities; and provide scholarships for local low-income students.

Two-thirds of the revenues would be devoted to improving academic buildings, programs, and paying for scholarships, with the remaining third going to repair and upgrade athletic facilities.

Other Tax Proposals on Ballot

The Fresno State improvement zone sales tax might be competing for approval on the November ballot with Fresno County’s controversial Measure C transportation tax renewal as well as Measure V, a sales tax measure proposed by Fresno City Councilman Luis Chavez to fund a Fresno veterans’ district. The Board of Supervisors has scheduled a special meeting at 3 p.m. Friday to consider putting the Measure C renewal on the November ballot. The Fresno City Council has not yet voted on moving Measure C forward.

The supervisors had two options Tuesday: Putting the Fresno State measure on the ballot or requesting staff to conduct an economic study.

Community members Kevin Hall and Dez Martinez asked the supervisors to delay putting the measure before voters to give county residents more time for analysis and comment. They noted that housing is a great need for some Fresno State students, but it’s not addressed in the proposed measure.

Local Tax Support for Fresno State Would Be Unique

If it passes, the Fresno State sales tax would be the only local sales tax benefiting a California State University campus. Fresno State has received philanthropic support in the past, including community help to build the football stadium and to underwrite the construction of a number of buildings, including the Lydia and Stewart Resnick Student Union and the Jordan Agricultural Research Center.

However, the university’s facilities and scholarship needs outstrip any available philanthropic or community support, backers of the sales tax say.

In addition to Spencer, the ballot measure organizers are two former school district superintendents, Terry Bradley of Clovis and Marc Johnson of Sanger, and Dora Westerlund, who heads the Fresno Area Hispanic Foundation.

The measure qualified for placement on the ballot after supporters collected more than 39,000 signatures.

Fresno State has not taken an official position on the local sales tax proposal, and it’s not being initiated, funded, or directed by the university or any of its auxiliary organizations, a university spokeswoman told GV Wire.

If approved by voters, the Fresno State improvement zone sales tax measure would establish a five-member Citizens’ Oversight Committee to “direct and control” the use of the tax revenues, oversee the issuance of bonds, and provide an annual audit report to the Board of Supervisors. The committee members would be appointed by the Board of Supervisors.

The ballot measure also includes language to create a joint powers authority that would supersede the committee in terms of directing the use of the tax revenues and issuance of bonds. In the event a JPA is created, the committee would be advisory only.