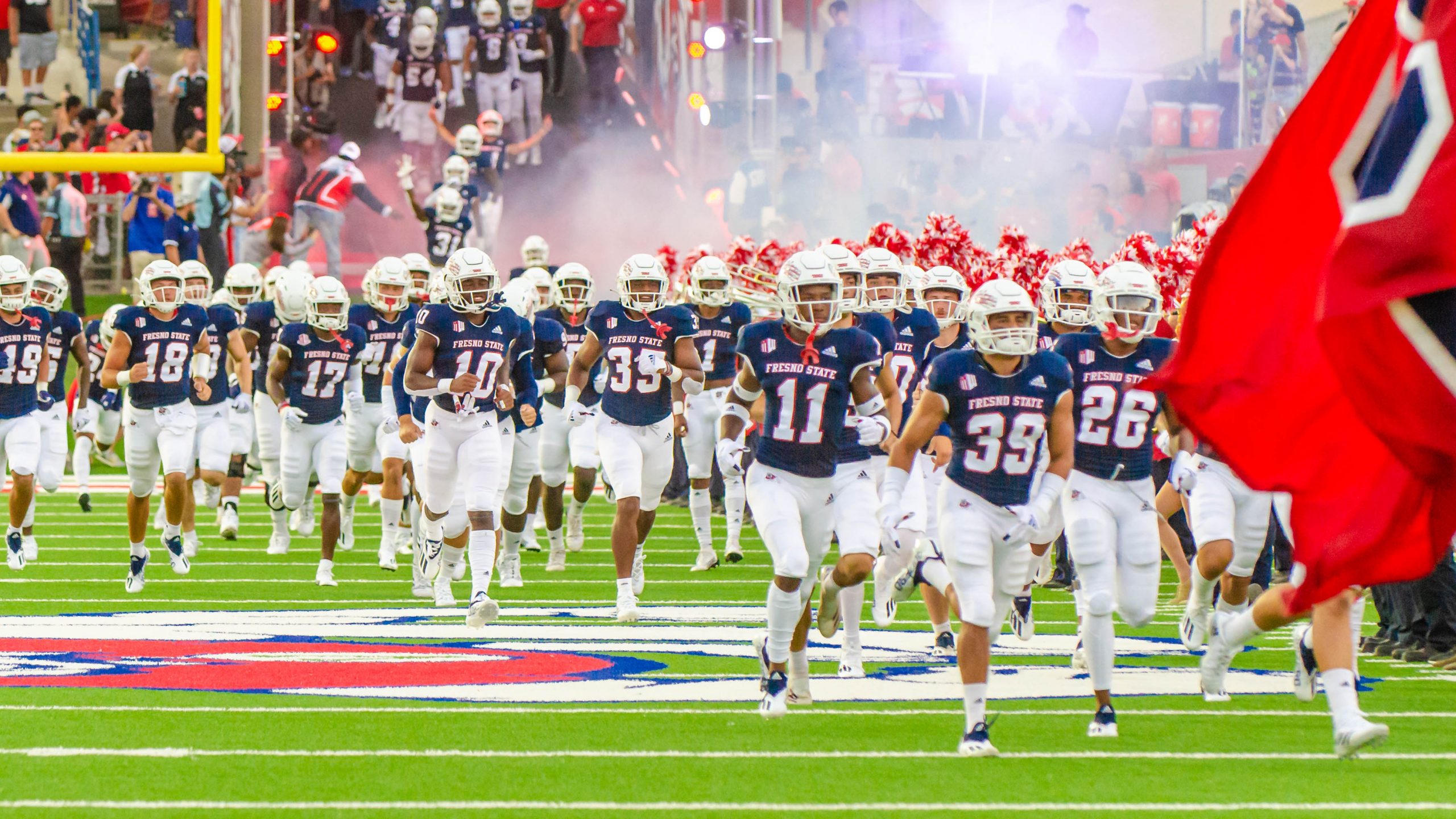 Cal State trustees are expected to finalize the renaming of Bulldog stadium next week. (GV Wire/Randy Reed)
Share with friends

Fresno State’s Bulldog Stadium could be sporting a new name soon, even as the university’s library sheds its old name.

Next week the California State University Board of Trustees will consider recommendations to rename the stadium as Valley Children’s Stadium and to remove Henry Madden’s name from the library.

The trustees are scheduled to vote on the recommendations Tuesday, the second day of the board’s three-day meeting.

The stadium’s new name would be Valley Children’s Stadium. Valley Children’s Healthcare, which operates the children’s hospital in Madera County and other health care sites across the Valley, agreed to pay $1 million annually over 10 years for stadium naming rights.

According to a report to the CSU Committee on Institutional Advancement, the $10 million will support stadium “facility enhancements,” operations, scholarships, and support for students pursuing degrees in health.

Bulldog Stadium was built through a community effort in the 1970s to raise more than $7 million. No state tax dollars or student fees were used to build the stadium, which opened in 1980. It has undergone several upgrades since then.

The naming rights agreement “further expands the partnership of Fresno State and Valley Children’s Healthcare, and their shared commitment to education and health,” the committee report says.

After adding one name, the CSU trustees are scheduled to consider taking another away. A report to the Institutional Advancement Committee recommends removing Henry Madden’s name from the university library.

Madden, who served as the university librarian from 1949 to 1979, had donated his personal papers to the library before his death in 1982, but they remained sealed for 25 years. His racist and antisemitic views surfaced after a Fresno State professor uncovered them several years ago while doing research for a book on Nazi sympathizers in America, which included reviewing Madden’s personal papers.

A university task force reviewed his writings and interviewed his colleagues and friends, then issued a report with a number of findings, including that Madden had expressed pro-Nazi and antisemitic views before World War II, including some violent statements; made racist remarks about Jews and people of color while an administrator at the university; and said in writing that some of his policies and actions as an administrator were influenced by his racist views.

The task force recommended to Fresno State President Dr. Saúl Jiménez-Sandoval that the library name be changed. Because the CSU trustees approved the library naming in 1980, the decision of whether to remove Madden’s name is up to them.

To watch the livestream of the trustee meeting next week, click here.