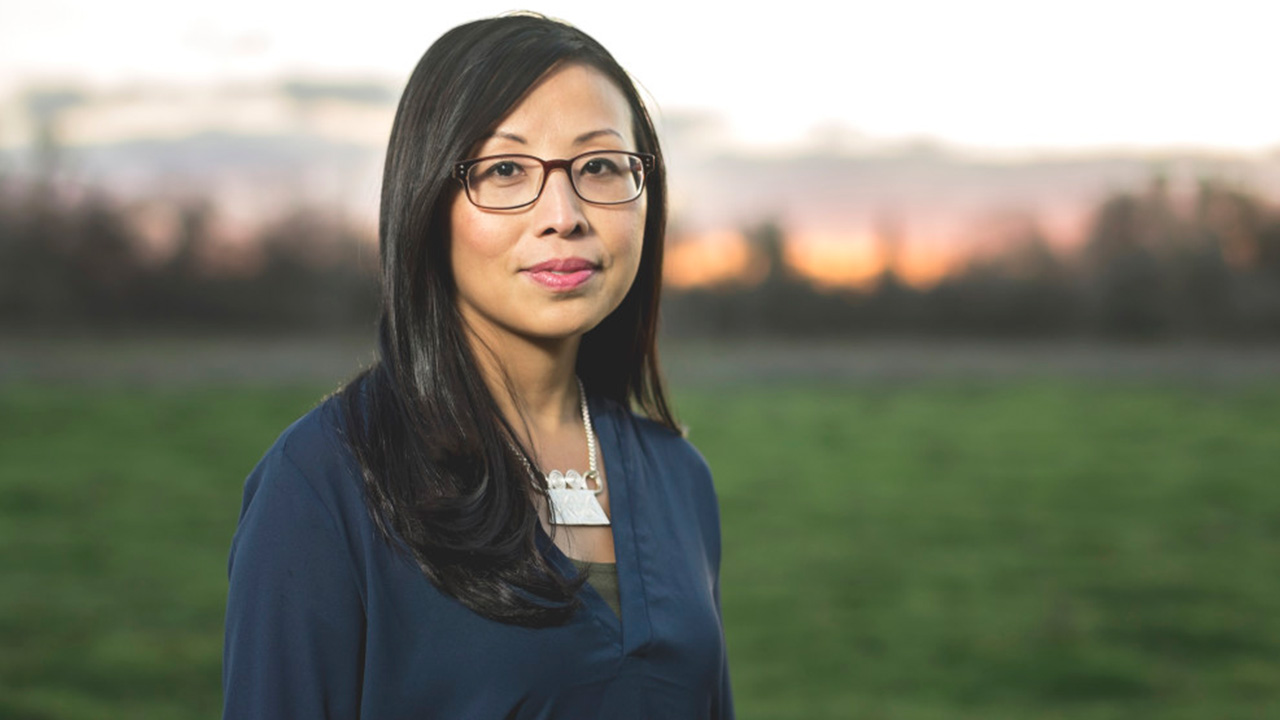 Author and Fresno State professor Mai Der Vang was honored Monday as a finalist for the Pulitzer Prize in Poetry, for her groundbreaking book of documentary poetry, “Yellow Rain.”

The book integrates archival research and declassified government documents to examine the biological warfare that threads through wars involving Hmong people. In lyrical poems of witness that defy historical erasure, “Yellow Rain” acknowledges those who perished and the trauma of those who survived.

Vang, an assistant professor of English, is the first Hmong American to be recognized in the 106-year history of the Pulitzer’s arts and letters prizes.

She is the fourth Fresno artist to be recognized in arts and letters, following William Saroyan, the 1940 winner in drama; Dr. Leslie R. Bassett, the 1966 winner in music; and Philip Levine, the 1995 winner in poetry. Bassett was a Fresno State alumna in music (1947), and Levine was a Fresno State professor emeritus of English (1958-92).

This year’s Pulitzer Prize in Poetry was awarded to author Diane Seuss. A second finalist, author Will Alexander, was also named alongside Vang.

‘An Archeology of Memory, Strife, and Suffering’

“Professor Vang’s work constitutes an archeology of memory, strife and the suffering brought by the Vietnam War,” Jiménez-Sandoval said. “Yet, amidst the dark plumes of smoke, charred earth and rivers of despair, an almond tree blossoms, the Hmong alphabet is reinvented and language becomes an eternal celebration of Hmong communities in America who hark back to their ancestral truths.”

The Pulitzer committee said Vang’s recognition was particularly notable given that the Hmong people had no formal written language until the 1950s.

Dr. Honora Chapman, dean of the College of Arts and Humanities at Fresno State, said Vang models tenacity and compassion in both her poetry and her pedagogy.

“Last year, Mai Der Vang not only published her acclaimed book about Hmong resilience in the face of injustice and suffering caused by the Vietnam War, but she also won a Provost’s Award for Extraordinary Teaching in Extraordinary Times,” Chapman said. “Her students nominated her for caring so deeply about their wellbeing and their learning during the pandemic. She is a truly extraordinary poet, professor, colleague. and human being.”

Earlier this month, Vang was newly recognized with a Provost’s Award for Promising New Faculty, an honor reserved for assistant professors who distinguish themselves in the areas of teaching, research and service. 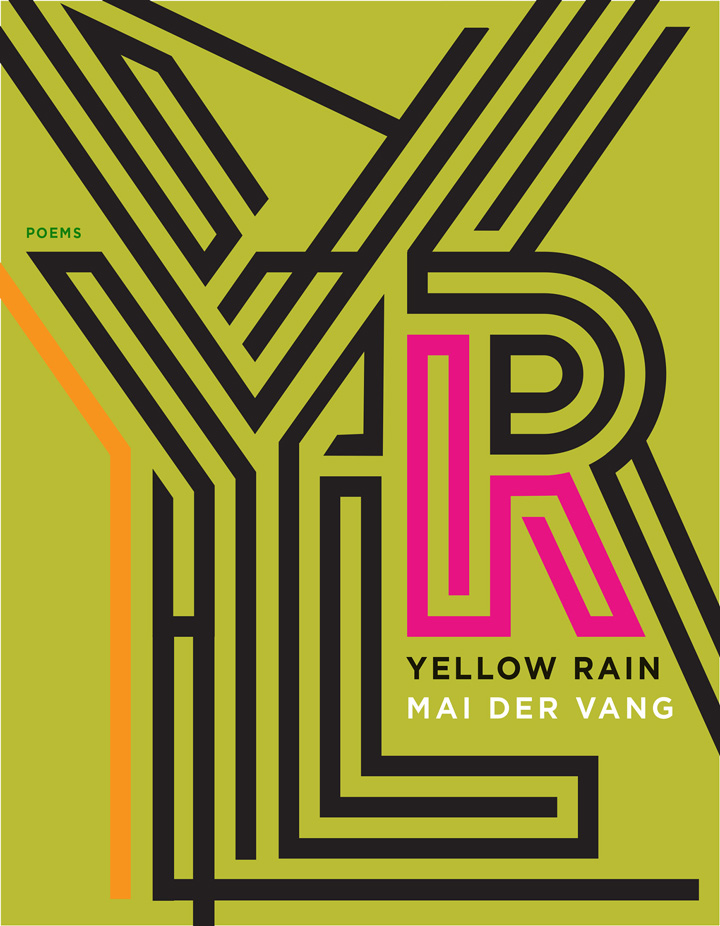 “Yellow Rain” has been called by critics “a staggering work of documentary, poetry and collage.” Her publisher, Graywolf Press, said Vang reopens a wrongdoing that deserves a new reckoning:

“As the United States abandoned them at the end of its war in Vietnam, many Hmong refugees recounted stories of a mysterious substance that fell from planes during their escape from Laos starting in the mid-1970s. This substance, known as ‘yellow rain,’ caused severe illnesses and thousands of deaths. These reports prompted an investigation into allegations that a chemical biological weapon had been used against the Hmong in breach of international treaties. A Cold War scandal erupted, wrapped in partisan debate around chemical arms development versus control. And then, to the world’s astonishment, American scientists argued that yellow rain was the feces of honeybees defecating en masse — still held as the widely accepted explanation. The truth of what happened to the Hmong, to those who experienced and suffered yellow rain, has been ignored and discredited.”

The book was also previously named a finalist for the PEN/Voelcker Award, the Los Angeles Times Book Prize, and the California Book Award.

Vang called the Pulitzer finalist news a tremendous honor. She said the news surprised her.

“To even think that a daughter of Hmong refugees, who was born and raised in Fresno, can be part of shaping the present and future of literature in this country both astounds and inspires me,” Vang said. “For me, this means the work of Fresno writers, the lineage of Hmong poets, and the stories of ancestors will continue to reverberate and be shared.”

Vang said for “Yellow Rain” to be recognized for an award most often associated with journalism felt like validation after a decade of painful, emotional research.

“I’m thrilled to be recognized alongside journalists who continue to tell difficult stories and shed light on the truth,” Vang said. “That was my hope for the book, and documentary poetics became a powerful vehicle from which to disassemble and reassemble the complicated history behind yellow rain.”

The Graywolf Press website says Vang’s book restores a vital narrative in danger of being lost, calling out the U.S. government’s silencing of a people who at the time lacked the capacity and resources to defend and represent themselves.

Vang imagined what her ancestors would think about such national recognition:

“They’d probably be surprised, maybe shocked, that people in the United States care about what Hmong people endured as a result of the Secret War and yellow rain,” she said. “I imagine they’d probably be proud as well, knowing their losses will not have been forgotten.”

In addition to teaching, research, and publishing, Vang serves as faculty adviser to the Hmong American Ink and Stories student club, which publishes an annual literary journal. She teaches in the University’s Master of Fine Arts program, where she mentors graduate student writers and coordinates the Philip Levine Prize for Poetry book contest.

The Pulitzer Prizes have honored excellence in journalism and the arts since 1917. The prizes are housed at Columbia University.

What Drought? California Water Use Climbs Dramatically Despite Crisis