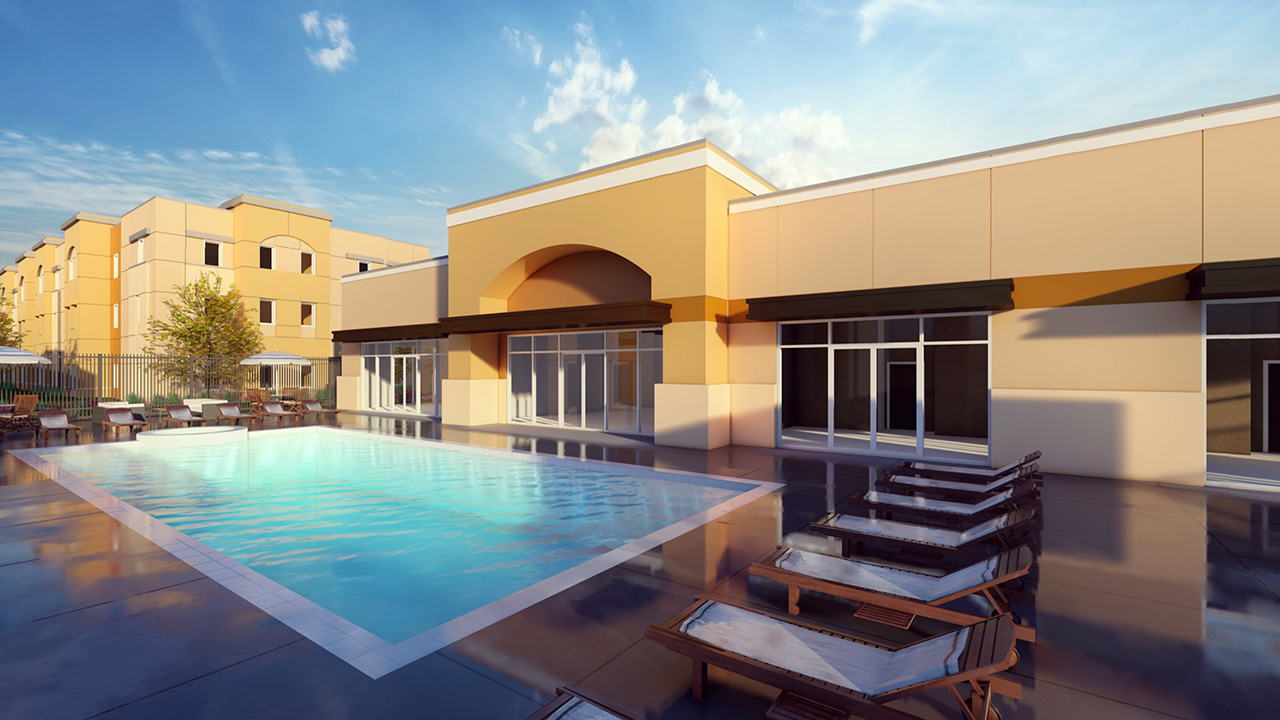 A rendering of the Sarah's Court project in southeast Fresno. The developer is seeking state tax credits. (Sarah's Court)
Share with friends

Financing affordable housing projects can be complex, to put it mildly.

“Affordable housing is not the area where you will get a high return,” said Sal Gonzales, president of Fresno developer Lance Kashian & Company. “It is more of a passion.”

Most affordable housing projects take a commitment of public money at the federal, state and local level.

The city of Fresno is scheduled to invest $6 million in two affordable housing projects, upon approval of the city council this Thursday. This is on top of $6 million approved last week for a development in southeast Fresno.

“The more (local) funding you get, the better you do in Sacramento,” Gonzales said.

— Sarah’s Court, a 120-unit project at 200 N. Salma Ave. in the Fancher Creek area of southeast Fresno — approximately at the northeast corner of Clovis and Tulare avenues. The developer is FCTC Family, LP, a separate but adjacent company of Lance Kashian;

— Step Up on 99, a 63-unit, $15 million project at 1240 N. Crystal Ave. near Highway 99 and Olive Avenue, a Fresno Housing Authority project. It is the former Motel 99 currently used for transitional housing for the homeless;

The city’s $6.1 million contribution, approved 7-0 at the Feb. 10 council meeting, is contingent on the developer receiving tax credits from the state. That has not happened yet.

The money would be in the form of a 55-year loan with an annual interest rate of 3%. In return, the developer would guarantee the project would be affordable housing for 55 years.

“One of the key scoring criteria for the LIHTC application is the applicant’s ability to locate and leverage affordable housing resources,” city documents say about the rationale for backing the project.

Gonzales says if all goes well with the state tax credit, Sarah’s Court could break ground by the end of 2022 with 24 months to build. Renters there can have an income of up to 70% of the average median income for the area. The current AMI in the county for a family of four is $70,700.

The tax credits and city commitment are just part of the financing for the estimated $33 million project. A construction loan and other financing from the state would provide the remainder of the money. 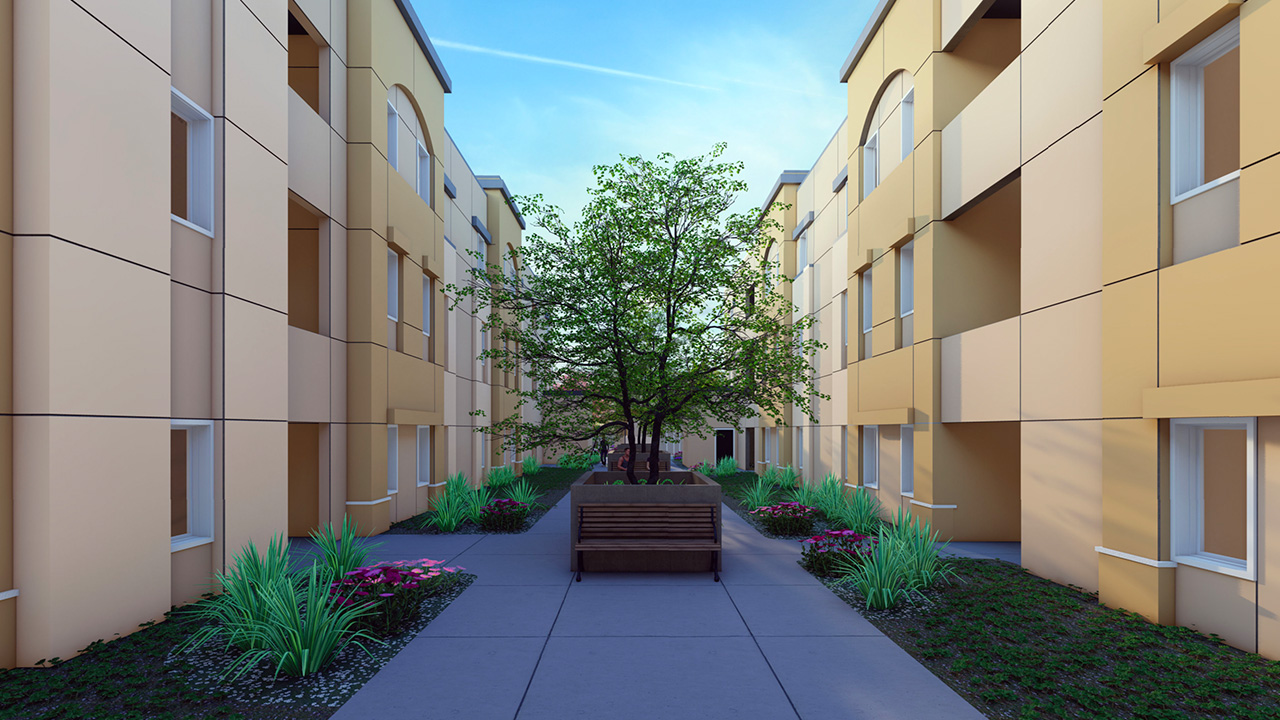 “It’s terribly difficult for a number of reasons. If the developer was going to put in their own money, it doesn’t count toward toward the point scoring in in Sacramento. And so that’s really one of the reasons that you need local funding is because they won’t recognize any private equity, so to speak,” Gonzales said.

“The oversight is just pretty daunting. So this is 100% affordable housing. Your obligations to make sure that all of that is taken care of is is pretty critical,” Gonzales said.

“It’s 180 units of senior affordable housing. And again, that’s 100% affordable. The needs of this community are certainly there,” Gonzales said. The scheduled opening is later this year. 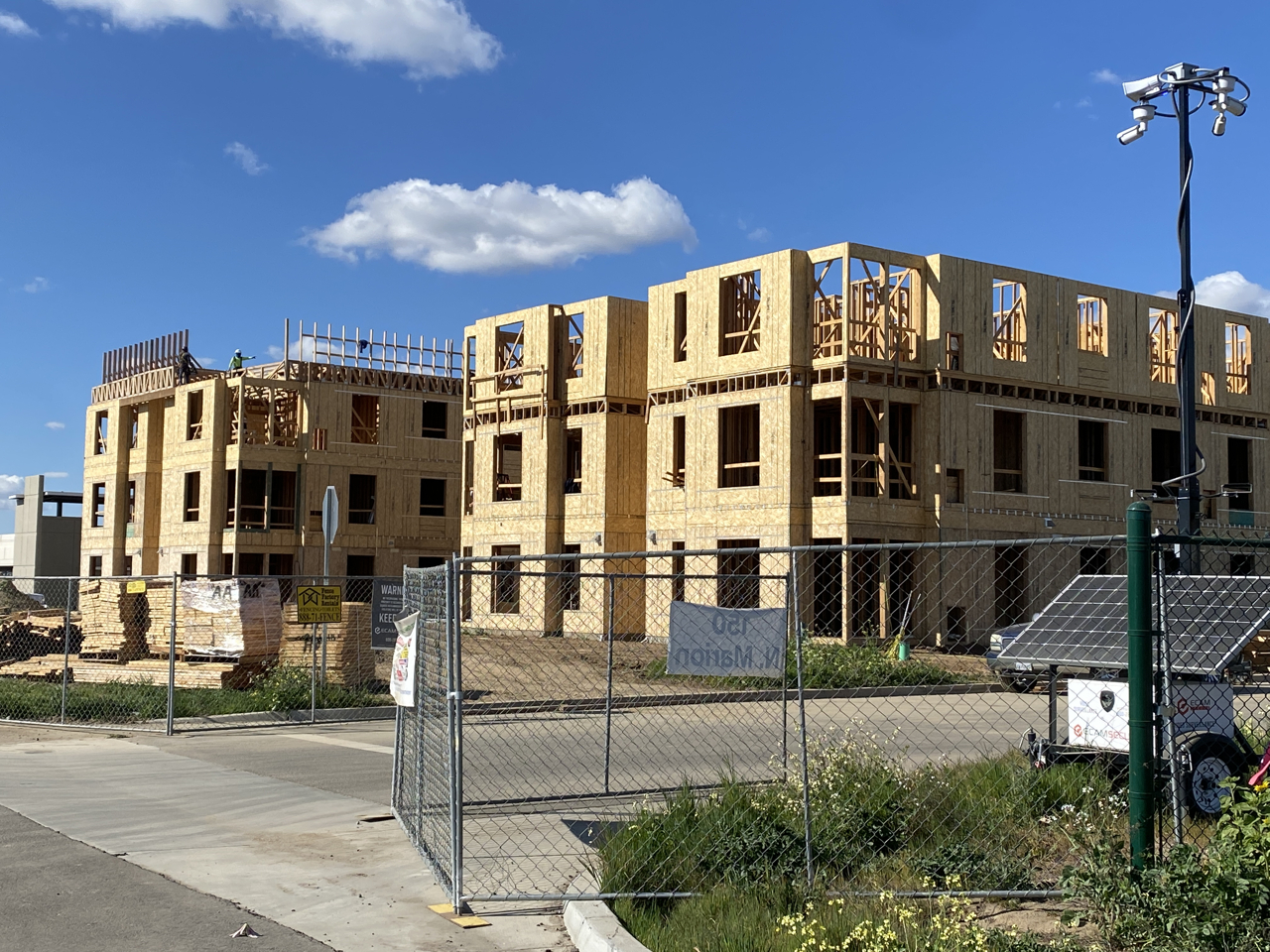 Brand Haven, a senior housing project in southeast Fresno, could open by the end of 2022. (GV Wire/David Taub)

In the same Fancher Creek area where Brand Haven is being built and Sarah’s Court is proposed, Lance Kashian and the Penstar Group are developing retail shopping.

Gonzales says the leadership is committed to affordable housing projects.

“Providing affordable housing is an area of passion of our leadership. This one just kind of makes you feel good that you’re able to provide some housing stock to folks … well, frankly, like my family when I was growing up that that otherwise may not be able to afford a place to live,” Gonzales said.

Both of FHA’s projects are scheduled for votes to receive city financial backing at Thursday’s council meeting. The terms are similar to the Sarah’s Court project.

“It’s critical. It’s the backbone of the competitiveness. Most of the affordable housing that is done on any scale today typically includes tax credits, and it’s extremely competitive, as you can imagine at the state level,” Duarte said.

Duarte says they could break ground by spring 2023.

FHA has used the state tax credit program several times to help get projects off the ground.

“It is an extremely powerful tool,” Duarte said.

How competitive are the state tax credits?

“We compete with projects ranging from Stockton to Bakersfield, and there’s usually enough money to fund one or two projects around in that geographic area, depending on project size, et cetera. There were probably over a dozen applications and we were fortunate to get two of a funded pool,” Duarte said.