This Week's Biggest Lies on Social Media, Including One About Rittenhouse 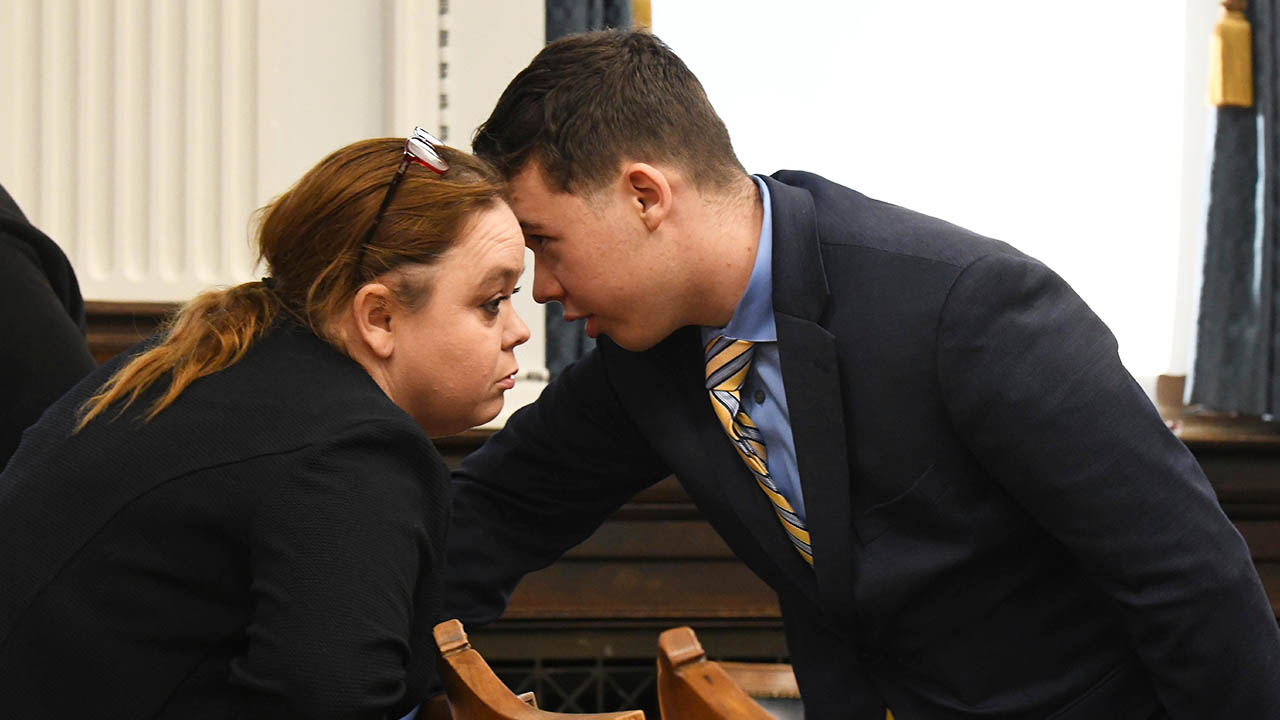 Wendy Rittenhouse, left, talks to her son Kyle before the start of his trial in Kenosha, Wisconsin. (AP File/Mark Hertzberg/Pool)
Share with friends

A roundup of some of the most popular but completely untrue stories and visuals of the week. None of these are legit, even though they were shared widely on social media. The Associated Press checked them out. Here are the facts:

CLAIM: Kyle Rittenhouse’s mother, Wendy Rittenhouse, drove him across state lines and dropped him off at the protest in Kenosha, Wisconsin, with a rifle on the night he shot three people in August 2020.

THE FACTS: According to unchallenged testimony in Rittenhouse’s murder trial, he drove himself to Kenosha the day before the shootings and spent the night at a friend’s house. As Rittenhouse’s trial reached a conclusion Monday, a social media post circulated that incorrectly stated: “Why are we just glazing over the fact that Kyle Rittenhouse’s mother put her minor child in a vehicle, drove him across state lines and dropped him off in the middle of a riot armed with an assault rifle? Why is she not behind bars?”

But Rittenhouse testified in Kenosha County Circuit Court on Nov. 10 that he drove himself to Kenosha on Aug. 24, 2020, the day before the shooting, to work at his job at the RecPlex in nearby Pleasant Prairie, according to footage of the court proceedings reviewed by The Associated Press. After work, he drove his car to his friend Dominick Black’s house in Kenosha, where he spent the night. Rittenhouse was charged for using an AR-style semi-automatic rifle to kill two men and wound a third during a night of protests that erupted in Kenosha over the wounding of Jacob Blake, a Black man, by a white Kenosha police officer. Under questioning by Thomas Binger, a Kenosha County prosecutor, Rittenhouse said that he had driven to Kenosha from Antioch despite not having his driver’s license. Rittenhouse testified that the next day, Aug. 25, 2020, he rode with Black to downtown Kenosha. When Black testified in court on Nov. 2, he gave a similar account.

In an interview with the Chicago Tribune in November 2020, Wendy Rittenhouse said she didn’t know what her son was doing on the night of the shootings. On Friday, the jury reached a verdict in Kyle Rittenhouse’s trial, finding him not guilty on all charges. Attorneys representing Kyle Rittenhouse did not respond to the AP’s requests for comment on the false claim about how he got to Kenosha.

Woman Removed From Hockey Game for Actions, not ‘Brandon’ Shirt

CLAIM: A video shows that a spectator was removed from a Wichita Thunder hockey game because she was wearing a sweatshirt emblazoned with the text “Let’s Go Brandon.”

THE FACTS: The woman was escorted out of the arena because she continued to use inappropriate language and gestures after multiple warnings, not because of the message on her clothing, the Wichita Thunder hockey team said in a Nov. 8 statement. In a video clip that circulated online, the woman is dressed in a gray sweatshirt featuring the message “Let’s Go Brandon,” a coded phrase that has become a rallying cry for some critics of President Joe Biden.

The video shows the woman talking with security officials at Wichita’s InTrust Bank Arena before they escort her from her seat and toward the arena’s exit during a home game Nov. 5. “Woman getting kicked for wearing ‘let’s go Brandon’ shirt,” reads text overlaid on the video. However, this caption misrepresents what actually happened. “This individual was removed by arena security after multiple warnings, because she was using extremely profane language and gestures toward our staff and those around her,” the Wichita Thunder’s statement said. “She clearly was not kicked out because of her sweatshirt as the rest of her party, also wearing the same sweatshirts, were not removed and remained at the game until its conclusion.”

The team’s statement added that it aims to create a “family-friendly environment” and removes individuals who do not follow the guidelines of the arena and the ECHL, the AA level professional league to which the team belongs.

Pfizer CEO’s Wife Did not Die or Experience ‘Vaccine Complications’

CLAIM: Myriam Bourla, the wife of Pfizer CEO Albert Bourla, has died from complications of the Pfizer COVID-19 vaccine.

THE FACTS: A conservative blog known for publishing inaccurate articles posted a story Nov. 10 falsely claiming that Albert Bourla’s wife had died and her cause of death was listed as “complications from the Pfizer vaccine.” There is no truth to these assertions. Pfizer spokesperson Amy Rose told The Associated Press that Myriam Bourla is “alive and well.” Rose called the incorrect claims “lies” meant to undermine public confidence in the company’s COVID-19 vaccine, and also accused the author of the article of “deliberately and maliciously attempting to cause emotional distress to the Bourla family.”

The blog, The Conservative Beaver, did not provide any evidence for its claims and attributed some information to an unnamed doctor. The article also incorrectly stated that Myriam Bourla had “expressed skepticism with her husband’s experimental injection” and initially refused to take it. That claim is also false. The article took a months-old quote from Myriam Bourla out of context to support the inaccurate statement. In a Feb. 4 interview with the local news outlet Scarsdale 10583, Bourla, then 48, said she was “very proud” of her husband’s work in developing the vaccine, but that she had not received it yet because it was not her turn. Her stance was in accordance with vaccination guidance at the time, which prioritized essential workers, older adults, and those at highest risk of experiencing severe complications from the virus.

The Conservative Beaver did not immediately respond to a request for comment. In a separate blog post this month, the same site also falsely alleged that Albert Bourla had been arrested by the FBI and charged with fraud. Pfizer refuted the claim, and the FBI said it had no knowledge of such a case.

THE FACTS: This video of Biden signing the $1 trillion “Infrastructure Investment and Jobs Act” was first posted by the Democratic National Committee, which intentionally blurred the seal to avoid conflicting with a federal statute that limits how individuals can use the seal, according to DNC Deputy Communications Director Daniel Wessel.

Harris’ personal Twitter account re-shared the video on Tuesday. The video fueled a flurry of conspiracy theories on social media, with numerous Twitter users falsely claiming the blurred seal must mean Biden is not the legitimate U.S. president. The federal statute, U.S. Code 713, says the presidential seal can only be used for official government business. Though legal experts disagree on the boundaries of appropriate use in accordance with the law, it’s become common practice for candidates and political parties to blur the presidential seal in campaign-related posts and on campaign accounts, according to Jordan Libowitz, communications director for the nonpartisan watchdog group Citizens for Ethics and Responsibility in Washington. The DNC has blurred the presidential seal in other recent Twitter posts, including in a video on Nov. 6 that Biden’s personal Twitter account re-shared.

Former President Donald Trump also has shared videos with the seal blurred when using the posts for campaign purposes. The Trump Organization faced criticism in 2018 when replicas of the seal were displayed at one of its golf courses, violating federal law. The club removed the replicas and explained they had been gifts from members. Some social media users sharing Harris’ post also pointed to a woman seen clapping behind Biden in the video. Hundreds of Twitter users falsely claimed the woman’s rapidly moving hands appeared to go “through” Biden’s face. The Associated Press closely reviewed multiple versions of the video and found no such glitch or oddity. While Harris’ clapping hands in the video cast a shadow on the front of Biden’s face, the woman behind him remained behind him for the entire clip.

With Bulldogs Off, Who Do You Cheer for This Week?