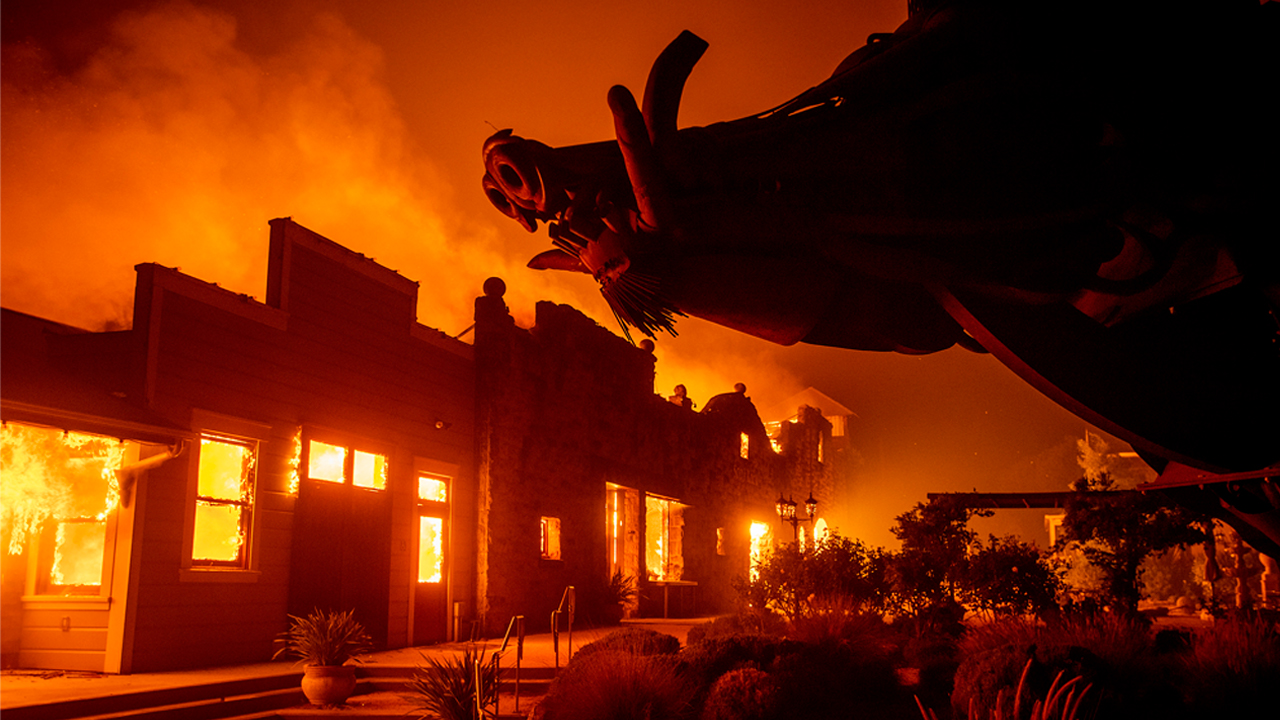 SONOMA — Pacific Gas & Electric has reached a $125 million settlement agreement with California regulators over the destructive Kincade fire, which was ignited in 2019 by the utility’s equipment in a remote area of Sonoma County.

PG&E shareholders would pay a $40 million fine to the state general fund and spend another $85 million in the removal of abandoned transmission equipment throughout the utility’s territory as part of the agreement expected to be approved by the California Public Utilities Commission at its Dec. 2 meeting, the Press Democrat reported Wednesday.

The agreement was reached after the commission’s Safety and Enforcement Division found fault with the maintenance and condition of a high-voltage PG&E transmission tower that remained energized for years even though it had served a Calpine power plant that no longer was active.

Though the tower was disconnected from the facility in 2006, the 230,000-volt transmission equipment not only remained energized but was also left with jumper cables suspended and unsecured. One of them broke and arced against the tower during extreme winds on the night of Oct. 23, 2019, igniting vegetation on the ground, the report said.

The Kincade fire would go on to torch nearly 122 square miles (316 square kilometers), destroying 174 homes and about 200 other structures, and injuring four people. An estimated 190,000 residents, almost two-fifths of Sonoma County’s population, were ordered to evacuate.

“PG&E left abandoned equipment energized for thirteen years even though that equipment provided no benefit or convenience to the public,” the enforcement division report said.

The agency’s investigation was separate from one conducted by Cal Fire, which last year traced the wildfire, the largest in Sonoma County history, to the high-voltage electrical transmission tower in the Mayacamas Mountains.

It is also independent of a criminal case still pending in Sonoma County Superior Court, where PG&E is charged with five felonies and 28 misdemeanor counts alleging the utility recklessly caused the fire.

A PG&E spokeswoman said Wednesday that the utility disputes several features of the utility commission’s investigation. In particular, the company believed the Calpine unit served by the tower to be on “cold standby,” meaning it could be put back into use, spokeswoman Lynsey Paulo said.

Calpine also continued to pay monthly service charges and had inspected the equipment as part of its wildfire prevention efforts, Paulo added.

The company agreed to settle with the commission, despite disagreeing with alleged violations, in hopes it “will assist in allowing all parties to move forward with the fire, and permit us to focus on compensating victims and making our energy system safer,” the utility said in a statement.

PG&E already has settled with Sonoma County and the cities of Windsor, Healdsburg, Santa Rosa and Cloverdale, agreeing last May to pay $31 million in damages related to the public safety response to the wildfire.

The company filed for bankruptcy in 2019 and pleaded guilty to 84 counts of involuntary manslaughter related to the 2018 Camp Fire, which wiped out most of the town of Paradise and was sparked by its equipment. It also faces numerous criminal charges for fires caused by its fraying equipment, including four charges of manslaughter filed in September by Shasta County prosecutors.

Sonoma County Supervisor James Gore, whose district sustained most of the damage from the Kincade fire, said Wednesday that he remains troubled by PG&E’s lack of transparency and accountability.

“You know, it’s interesting that a settlement is really about spending the money that you should have spent before on something,” Gore said. “Let’s call it what it is.”

A historic drought and recent heat waves tied to climate change have made wildfires harder to fight in the American West. Scientists say climate change has made the region much warmer and drier in the past 30 years and will continue to make weather more extreme and wildfires more frequent and destructive.