How Do Raiders Survive Gruden's Wreckage? 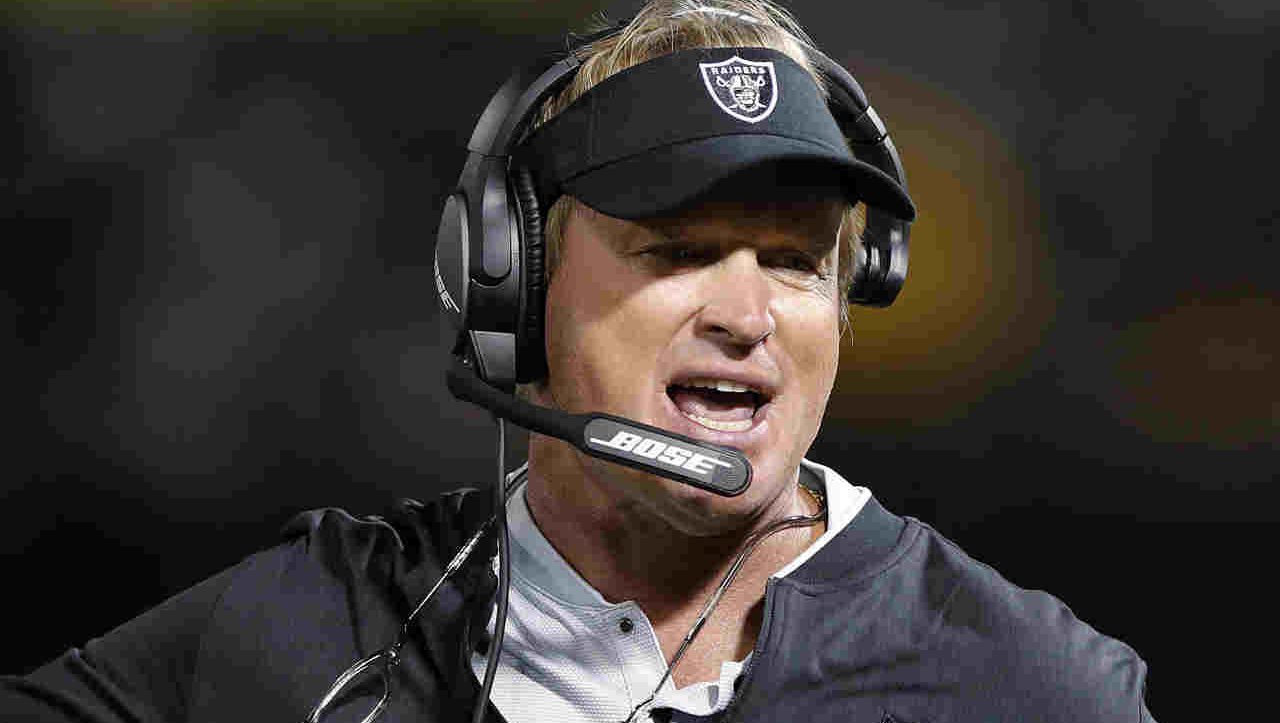 Even days later, it’s difficult to wrap your arms around the enormity of Jon Gruden’s forced resignation as coach of the Las Vegas Raiders.

I’ve known Gruden a long time. As the Raiders’ starting quarterback and the team leader, my brother Derek has been as close to Gruden as anyone over the last four years. In fact, Derek lives two doors down from him.

But the racist, homophobic, and misogynistic emails that Gruden wrote while working as an ESPN analyst made me realize that I didn’t know him at all. I’m almost in shock because that wasn’t the guy you saw every day. As a coach, Gruden was blind to skin color. All he cared about was a player’s ability to help him win.

I know that many around the NFL, including Raiders fans, are having thoughts like mine.

Broadcaster Mike Tirico, who once shared the Monday Night Football booth with Gruden, and Hall of Fame coach Tony Dungy both said that Gruden wasn’t racist on Sunday night. An hour later, after reports of more troubling Gruden emails surfaced, it was clear that he couldn’t remain with the Raiders.

This situation has to be particularly painful for the Raiders organization. Al Davis made Art Shell the first Black head coach in the modern NFL and gave women front-office opportunities long before other teams did. Raiders defensive lineman Carl Nassib is the first openly gay active player in the league. It can take years and decades to win the public’s trust — and just seconds to lose it.

I wouldn’t ever talk like Gruden did, and I wouldn’t let my kids talk like that, either. It’s alarming to me that he felt comfortable saying these things. What he did was totally unacceptable and now football — the game he loved — has been taken from him.

Based on the past conversations I’ve had with Gruden, I see him disappearing into the mountains with his family, focusing on the important things, and getting his life right.

As for the NFL, let’s hope everything gets flushed out. There undoubtedly were others in these email chains besides Gruden and former Washington executive Bruce Allen. We need to know what all was said. This isn’t over. I just hope that Gruden’s prejudices aren’t prevalent throughout the league. 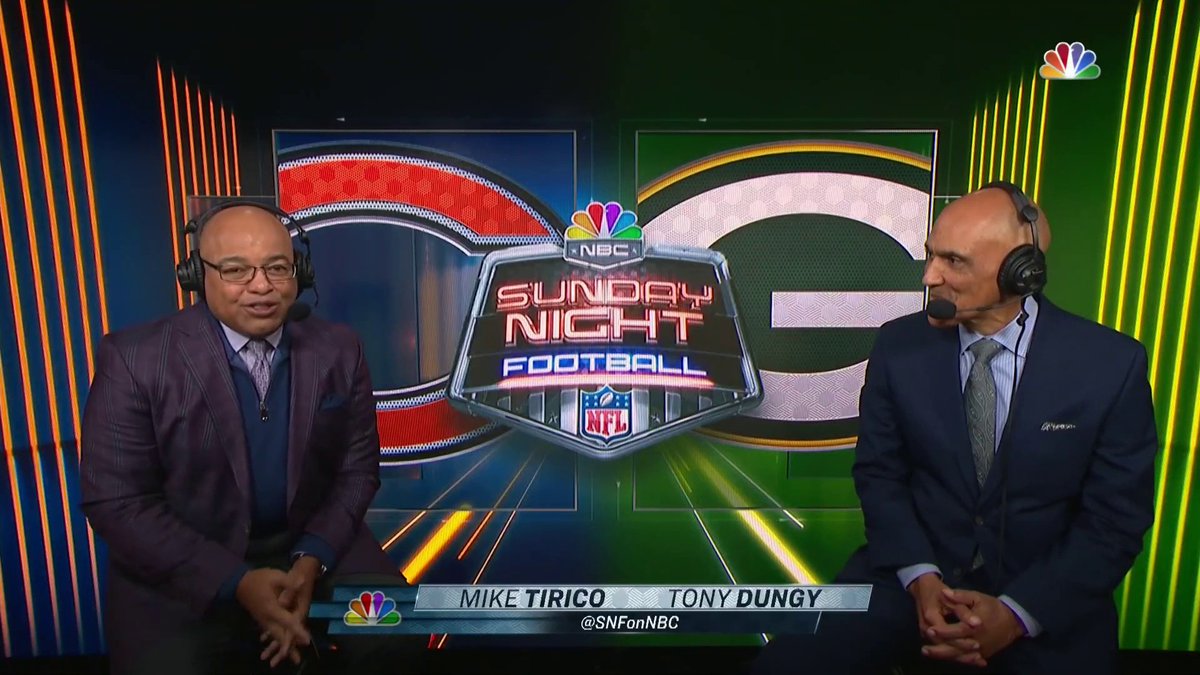 As Derek said in his news conference on Wednesday, the Raiders, at 3-2, still have everything to play for this season. Despite Gruden’s sudden exit, they can make the playoffs. The fact that you play a game nearly every week forces you to focus on football. Controversies quickly become distant memories because you have so much work to do.

I might be biased, but Derek is exactly who you want in this situation. Everyone on that team knows he has their back. What he said Wednesday was on the mark: “I have a job to do. That hasn’t changed. We need a leader — now more than ever.”

The danger is, if the Raiders don’t play to their capabilities and fall out of the playoff hunt, players will start looking out for themselves. They’ll begin to wonder if they’re on the team because of Gruden and speculate about general manager Mike Mayock building a much different roster. The NFL is a mercenary league, and out-of-contention teams deal with this annually.

From a schematic standpoint, I expect the Raiders to open up the offense. Derek likes to push the ball down the field, and the new play-caller, Greg Olson, is the same way. Under Gruden, the high priority was completions and ball control. Such a change would give the Raiders more opportunities to take big chunks out of the defense and attack. Certainly, a more aggressive style would be a nice fit for Derek and their receiving corps.

When the Raiders play at Denver this Sunday, the Raiders will have the potential element of surprise on their side. In the NFL, that’s a good thing.

Bulldogs Could Use a Little of the Pat Hill Playbook

Fresno State coach Kalen DeBoer is so good at creating offensive mismatches in the passing game, he sometimes underutilizes the Bulldogs’ running attack. That’s fine when playing at home, but college football is a different game on the road — as I think the Bulldogs realize after stumbling at Hawaii.

Pat Hill’s road mantra was to run the ball and play stout defense. I can’t tell you how many times he repeated Woody Hayes’ old saying to me: “There are only three things that can happen on a pass, and two of them are bad.”

There’s a lot of good that can happen by throwing the ball, too. But the key to winning road games, especially in difficult environments like you see in the Mountain West, is keeping the opposing defense off-balance with an effective running game. Mix things up a bit, and the Bulldogs will be better for it Saturday in Laramie, Wyoming, and in the long run, too.

1. Buffalo (4-1) — For the Bills, revenge is best served up in the rain at Arrowhead Stadium. After shutting down the pass-happy Chiefs, they face the run-heavy Titans on Monday night. It should be smooth sledding for the Bills until they take on Tampa Bay in December. (Last week: No. 1)

2. Arizona (5-0) — And you thought the Cardinals only played offense? Arizona’s defenders rose to the occasion while QB Kyler Murray struggled against the 49ers. That’s the mark of a good team.  (Last week: No. 2)

3. Los Angeles Rams (4-1) — Coach Sean McVay and QB Matt Stafford say the Rams have a lot of mistakes to clean up. Imagine how good they will be if that happens. (Last week: No. 3)

4. Dallas (4-1) — The NFL’s most versatile offense is steamrolling opponents weekly. Remember when you didn’t know if the Tom Brady Era Patriots would throw 50 times or grind it out on the ground? Bill Belichick gets to know how that feels Sunday against Dak Prescott and Zeke Elliott. (Last week: No. 5)

5. Tampa Bay (4-1) — Brady decimated a Dolphins defense touted as one of the NFL’s best for 411 yards and five TDs. Two words for that: Ageless Wonder. (Last week: unranked)

28. Indianapolis (1-4) — The Colts lost after leading the Ravens 22-3 — nearly a mirror image of the time coach Frank Reich as a QB led the Bills to the NFL’s biggest comeback. Reich contributed to the Colts’ demise with his conservative second-half play-calling.

29. New York Jets/Giants (2-8) —For New York fans, it’s the brutal mid-1970s all over again. You might say they’re equally bad because the Jets and Giants have identical 19-50 records over the past four seasons, according to nysportsday.com. (Last week: Jets No. 29, Giants unranked)

31. Houston (1-4) — Speaking of close losses, the Texans gave up 10 points in the fourth quarter, thus sparing Belichick from terminal apoplexy. (Last week: No. 31)

32. Jacksonville (0-5) — There were no viral Urban Meyer videos this week. That counts as progress in Jacksonville. (Last week: No. 32)