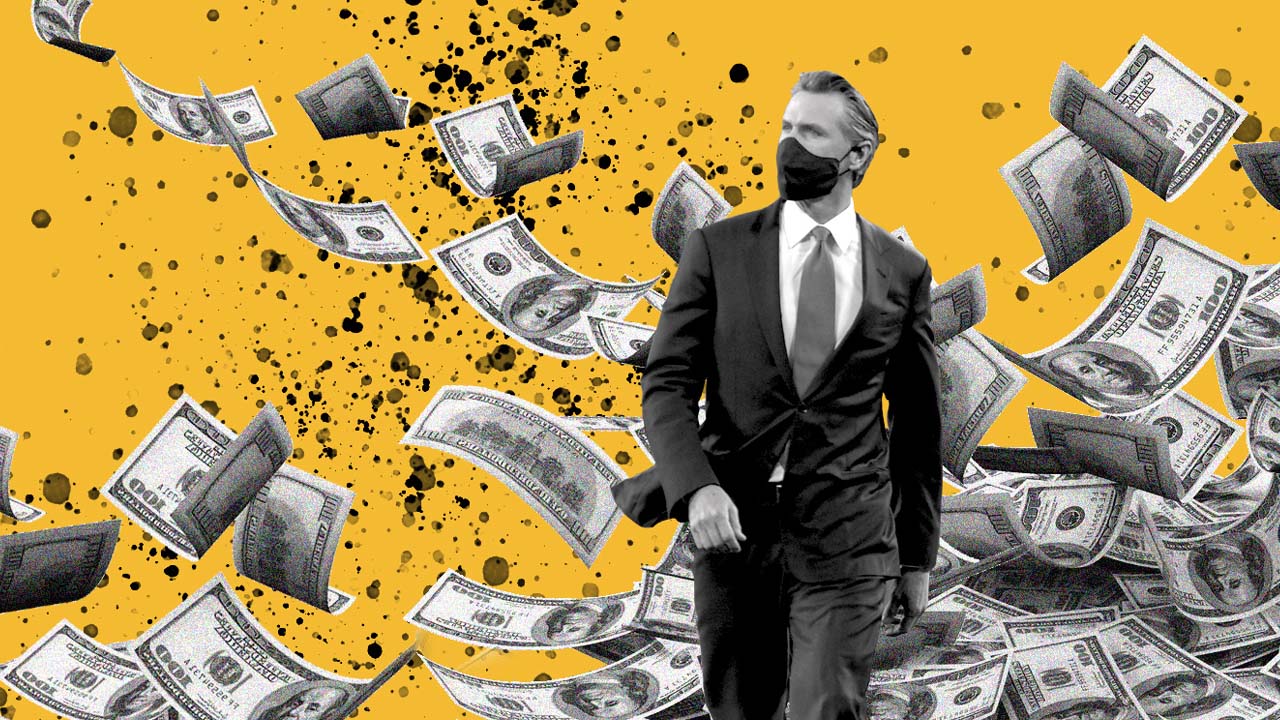 A CalMatters analysis shows which of Gov. Gavin Newsom's financial backers are coming to his rescue. (CalMatters/Anne Wernikoff, Shae Hammond)
Share with friends

Gov. Gavin Newsom may be fighting for his political life amid a fourth wave of COVID, a drought without modern precedent, another horrific fire season, a spiking murder rate and an increasingly credible-seeming recall.

But at least he has a lot of really rich political allies.

At last count, the main committee tasked with defending the governor against the Sept. 14 recall has raised some $39 million. Another allied committee and Newsom’s own 2022 campaign account, which state law allows him to draw upon this year, add another $4 million to that war chest.

That’s more than double all the cash raised by the committees campaigning for his ouster and the 46 candidates hoping to replace him, combined.

It also represents the generosity — or perhaps the strategic expenditure — of a broad coalition of some unlikely allies.

They include California’s largest teachers union and its most vocal charter school advocates; nurses and the hospitals they sometimes clash with; Realtors, developers, building trades unions and corporate landlords who have differing views on the housing crisis; defense contractors at Lockheed Martin; abortion rights advocates; new car dealers; and the financier-turned-liberal-megadonor George Soros. All have found common cause in keeping Newsom in his job.

A new CalMatters analysis of the donors to the main anti-recall committee found that organized labor threw Newsom the largest financial lifeline — roughly 45% of the total, including $1.8 million from the teachers union and $1.75 million from the prison guards this week.

Companies and individuals hailing from the state’s business community coughed up another 36% of the $39 million. The remainder came from an assortment of ideological interest groups, tribal governments, the California Democratic Party and small-dollar contributors. (CalMatters’ recall money tracker now shows where donations from a wide range of industries are going.)

If political contributions are a vote of confidence, the votes of the well-heeled, powerful and influential are overwhelmingly in the incumbent governor’s camp.

Newsom’s current haul isn’t quite the $58 million that he raised during the 2018 race. And it’s dwarfed by recent corporate-backed ballot measure fights that have hit the 9-digit mark. 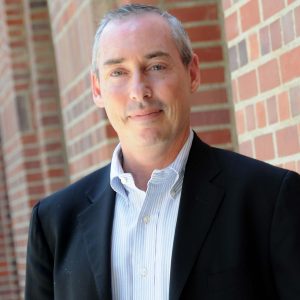 “This is a relatively painless way to strengthen your relationship with an incumbent governor.”

But if donations were votes, Newsom would defeat the recall in a landslide. The political reality could be far different: A new UC Berkeley Institute of Governmental Studies poll found pro- and anti-recall sentiment in a virtual dead heat among likely voters. That could provide Newsom’s allies with fresh incentive to pony up — and his campaign more reason to solicit money for the campaign ahead, especially to increase awareness and enthusiasm among Democrats.

The governor’s campaign seems to be taking the threat seriously. In a TV spot that hit the state’s airwaves Wednesday night, U.S. Sen. Elizabeth Warren of Massachusetts, a progressive icon, implored the electorate to vote no “to protect California and our democracy.”

Neither a boatload of money nor a crowded roster of well-financed supporters, however, is a sure recipe of electoral success. Last year, a campaign to repeal state restrictions on affirmative action outraised the opposition nearly 17-to-1, while racking up endorsements from every corner of California power and influence. It failed by 14 percentage points.

But there’s another, even more important reason for many to give, said Dan Schnur, former chairperson of California’s Fair Political Practices Commission and a past strategist for Republican politicians: “This is a relatively painless way to strengthen your relationship with an incumbent governor.”

California campaign finance regulations cap the amount of money that gubernatorial candidates can raise at $32,400 per person — a limit that covers the challengers seeking to replace Newsom. But no such limits apply to committees raising money for a general cause — like the one defending Newsom against the recall. That difference is allowing individuals and groups to write million-dollar checks to help the governor.

Here’s how the competition stacks up.

Organized Labor to the Rescue

Just as the news of the surprisingly grim Berkeley poll was percolating through the California political universe, two more public employee unions — both political forces in their own right and conspicuously absent from the governor’s campaign finance filings — announced this week that they were opening up their coffers.

Just days after the check from the teachers landed in Newsom’s campaign account, he gave the closing keynote speech today at the union’s summer digital meeting. He applauded the union’s hard-fought legislative accomplishments, which, incidentally, served as a reminder to the teachers that the governor had helped secure them.

Though the teachers were the largest funder of Newsom’s 2018 campaign, that relationship got complicated last spring as Newsom and the union sparred first over when teachers would get vaccines, then how quickly schools should reopen.

But now, Newsom “is facing opponents who are funded by a network that wants to dismantle public education. The choice is stark and clear,” union president E. Toby Boyd said in a statement Wednesday.

Many of the top Republicans vying to take Newsom’s place in the governor’s office support bolstering charter schools, allowing families to spend publicly-funded vouchers on private education and making it easier to fire teachers deemed to be underperforming.

“Newsom “is facing opponents who are funded by a network that wants to dismantle public education. The choice is stark and clear.”

The teachers and correctional officers join a financial field fighting the Newsom recall that is crowded with other organized labor groups, including other public employees, construction workers, nurses and other health care workers and food pickers and processors.

Service Employees International Union California, one of the state’s most influential organized labor groups, has kicked in $5.5 million through its various locals. The largest single contribution came from Local 2015, which represents nursing home employees and other long-term care workers.

Local president April Verrett declined an interview request, but emphasized in a statement that the union’s support is more than just financial: “We plan to mobilize our predominantly Black, brown, and immigrant caregivers, who have been on the front lines of this pandemic, to make their voices heard as we go door to door, over the phone and online encouraging a vote against the recall.”

For many labor groups, supporting Newsom in his time of need is an investment in the future. One of the governor’s longstanding health policy goals is to implement what he has called a “master plan on aging” to beef up the state’s patchwork system of elder care. The idea is still in blueprint form, but the promised overhaul would require a massive increase in state funding for health care and long-term care programs.

For other unions, supporting Newsom now looks a bit more like a thank you card. Prison guards, for example, aren’t reliable Democratic allies. But earlier this year, they scored a major pay hike from the governor and lawmakers over the objections of the state’s Legislative Analyst’s Office.

And the alternatives to Newsom on the recall ballot? For most labor groups, there are few appealing options: When he was mayor of San Diego, Kevin Faulconer made overhauling the pension system for former city employees a top priority. John Cox has repeatedly railed against the political influence of prison guards. And conservative radio show host Larry Elder opposes the minimum wage.

But unions make up less than a majority of the contributors to the Newsom cause. The rest of the list is full of regular large donors to California political campaigns, including special interests and more than a few billionaires.

Netflix CEO Reed Hastings — a notable charter school advocate who supported Antonio Villaraigosa over Newsom in the first half of the 2018 campaign — gave the governor’s committee its largest single contribution of $3 million.

Other titans of Silicon Valley have lined up to back Newsom. In a public letter published in March, Laurene Powell Jobs, founder of the Emerson Collective and widow of Apple’s Steve Jobs; prominent Bay Area angel investor Ron Conway; and former Google CEO Eric Schmidt were among executives and venture capitalists to close ranks behind the governor. Since then donors from the tech sector have given nearly $1.4 million.

And whatever Newsom’s conservative critics might say about his anti-business policies, there are plenty of proud capitalists on his roster of defenders. That includes typical big spenders such as the California Realtors, dentists and the building industry.

Unlike other sectors, which have largely consolidated in one camp or the other, developers are divided. While individual real estate titans including GOP mega donor Geoffrey Palmer support the recall, the California Building Industry Association, which lobbies in the state Capitol, is backing the governor.

Association President Dan Dunmoyer, who served as cabinet secretary to Arnold Schwarzenegger after he became governor in the 2003 recall, said that on policy, the governor has said many of the right things. Even if he hasn’t been able to deliver on those lofty goals, Dunmoyer said he wants to give the governor another year to “prove himself” before the next regularly scheduled election in 2022.

He said his group’s support for Newsom is also partly about timing. When so much is uncertain in California, a little stability might do developers good, he said.

Removing a governor, he said, is “just not really logical, especially in the middle of a pandemic, fire, housing, homeless crisis.”

Ben Christopher covers California politics and elections. Prior to that, he was a contributing writer for CalMatters reporting on the state’s economy and budget. CalMatters is a public interest journalism venture committed to explaining how California’s state Capitol works and why it matters.