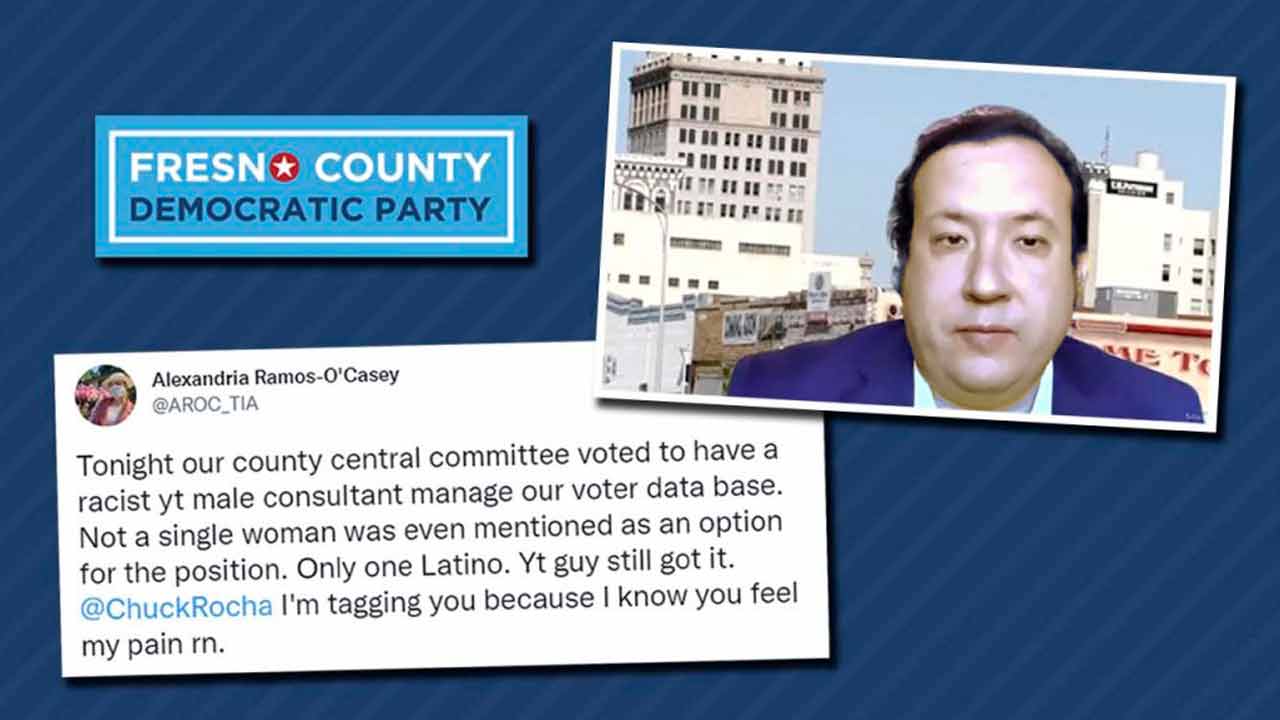 A tweet from a local Democratic Party member bemoaned the selection of a well-known consultant. (GV Wire Composite/Justine Cha)
Share with friends

Within the Fresno County Democratic Party, even a volunteer job with a well-known political consultant can cause drama.

The local party agreed to work Jason Carns — who has helped guide several local Democrats to election victory — to work on their voter database. But one member of the Central Committee took her objections to Twitter. “Tonight our county central committee voted to have a racist yt male consultant manage our voter data base. Not a single woman was even mentioned as an option for the position. Only one Latino,” wrote Alexandria Ramos-O’Casey, a one time local operative for the Bernie Sanders presidential campaign.

The term “yt” means white, as in Carn’s perceived race. Carns wasn’t having any of it.

“At Carns Consulting we are about bringing grassroots democracy to local government and empowering the working class. Over 90% of our clients have been Latinos, African Americans, and Asians. We stand against all bigotry and proudly by our record. We do go over strategies with our candidates to mitigate ethnic bigotry that sadly exists at times in the electorate, but the decision is the candidates’ to make,” Carns told Politics 101.

Carns worked on Esparza’s 2018 City Council campaign, and helped six of the seven current Fresno councilmembers win elections. His name was the only in consideration for the volunteer post working on the party’s voting database. “No one has a perfect record. But he has a pretty excellent one here in recent years,” Esparza said of Carns.

A message to Ramos-O’Casey was not returned. 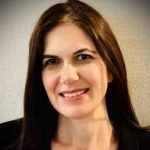 A Fresno court commissioner is getting a promotion to a full-time judgeship. Last week, Gov. Gavin Newsom announced he appointed Leanne Le Mon to the Fresno County bench.

She has served as a Fresno County court commissioner since 2014. A commissioner has the same jurisdiction and powers as a judge, but generally handles smaller civil cases.

Le Mon previously worked as a deputy attorney general at the California Department of Justice, a deputy district attorney in Fresno County and a private attorney with McCormick Barstow in Fresno. The Democrat was appointed to a newly created seat on the bench. She will be up for re-election in 2022. Two vacancies remain on the 45-member bench.

At its Monday meeting, the Parks, Recreation and Arts Commission voted 9-0 to spend $7,000 to hire the Fresno Arts Council as a consultant to hire a consultant to develop the city’s arts plan. The arts plan will be funded through the 2018 Fresno parks tax, Measure P.

The voter-approved initiative dedicates 12% of its funding go to the arts. The Fresno Arts Council will now develop a request for proposal and convene a four to seven member committee to hire the consultant.

Both the city and county of Fresno are holding public meetings to discuss redistricting of respective council and supervisor districts.

The county held its first meeting of its redistricting committee via Zoom on July 7. Ken Abrahamian was named chairman of the 11-peson committee.

An in-person workshop takes place in Riverdale tonight. It can also be viewed on Zoom. More information is at this link.

The Fresno City Council will hold its first public meeting about redistricting tomorrow night at 6:15 p.m. Changes to maps remains at a standstill until full Census data comes in, by next month at the earliest but likely by October.

The deadline to approve updated political maps is Dec. 15.