April Has Never Been This Dry, Say Researchers, as Cal Fire Begins to Staff Up 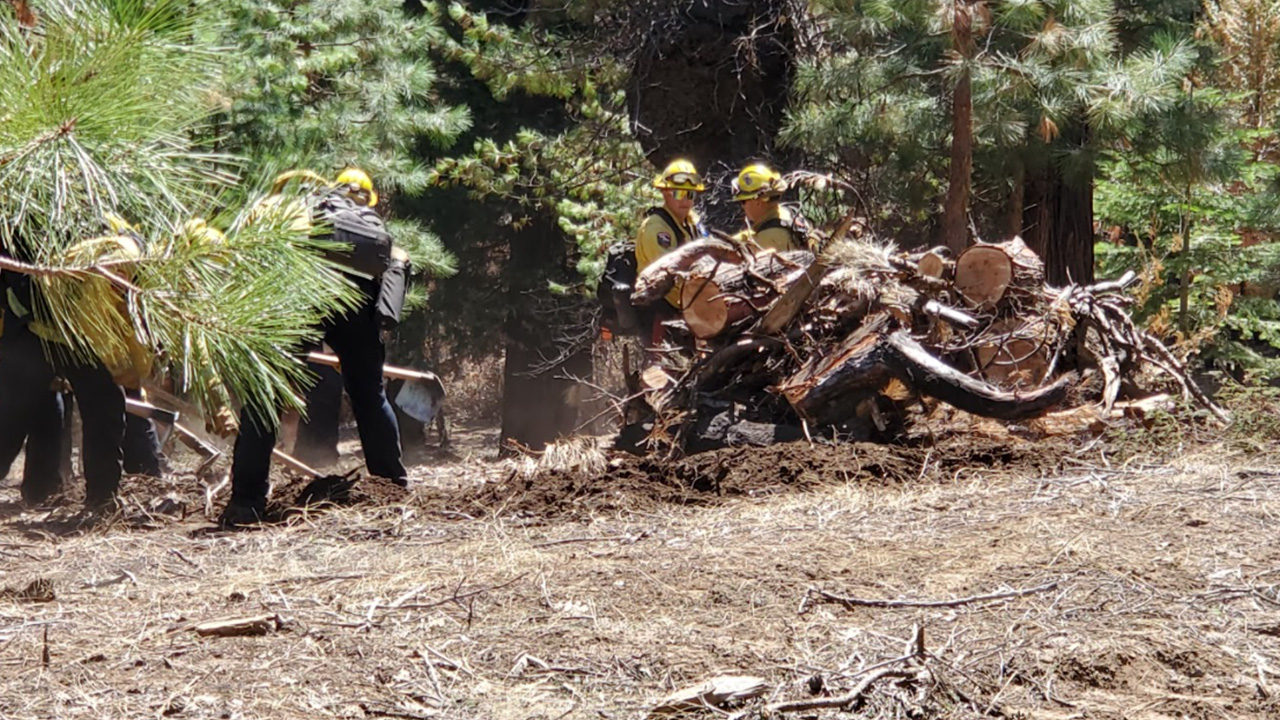 Moisture content in vegetation is typically not something Cal Fire has to pay attention to until May or June.

This is not a typical year.

The U.S. Forest Service checked fuels in the Sierra Nevada foothills of eastern Fresno County on April 1 because of abnormally dry conditions.

Jim McDougald, an assistant chief for protection and planning, says brush is already starting to come out of its winter dormancy to start taking on moisture. He says the lack of rainfall and higher temperatures are the likely culprits as to why the process is starting about a month earlier than normal.

“I don’t have a real good comparison from this time last year, because we typically don’t see fuel moistures being evaluated right now,” says McDougald. “What brings these plants out of dormancy is the warm weather.” 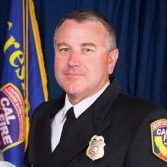 He believes the last time the USFS had to take an April 1 reading was several years ago during the state’s last big drought.

“The lack of rain this season has severely impacted our chaparral live fuel moistures,” the center posted April 2 on Twitter. “Wow, never seen April fuels look so… dry. No new growth anywhere in this Chamise (a flowering plant).” This includes locations in the Santa Cruz mountains, Mt. Umunhum, and Los Gatos.

The center says even during the height of the last drought in 2014 and 2015 — there was new growth to clip.

McDougald says things in the Bay Area typically trend earlier than what happens in the Fresno region.

According to the latest U.S. Drought Monitor report, California has an estimated population of 33,817,304 living in drought areas right now.

The report says in California, the April 1 snow survey showed that snow water content in the Sierra Nevada Mountains was at 59% of average and the state, as a whole, received about 50% of its average precipitation for the water year. Two consecutive dry years have left reservoirs about half full. 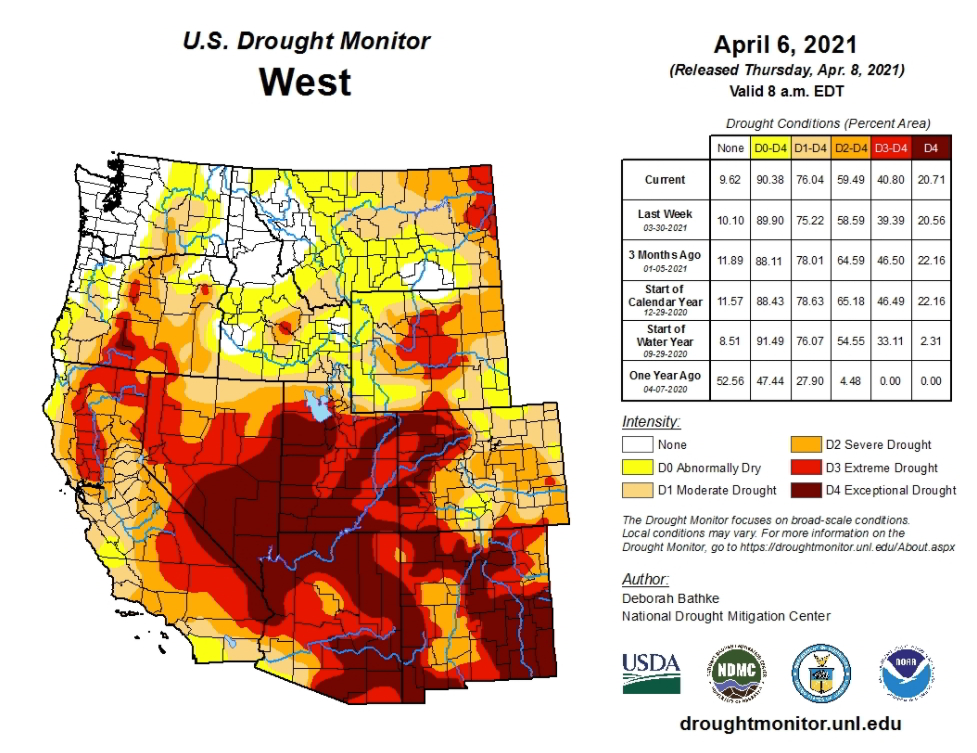 A large portion of the western United States is in either extreme or exceptional drought as of April 6. (U.S. Drought Monitor)

Most Severe Drought In Modern History?

The U.S. Drought Monitor places 60% of the western states under severe, extreme, or exceptional drought.

CBS News reports the reason for the extensive drought is two-fold; long-term drying fueled by human-caused climate change and, in the short term, a La Niña event in which cool Equatorial Pacific waters failed to fuel an ample fetch of moisture.

Kelsey Satalino, the Digital Communications Coordinator from NOAA’s National Integrated Drought Information System, says that during the past few months, several states including Nevada, Arizona, New Mexico, and Utah experienced their most intense period of drought since the Drought Monitor began back in 2000. As a result, soil moisture content is at its lowest levels in at least 120 years.

In 2000, the western U.S. entered the beginning of what scientists call a megadrought — the second-worst in 1,200 years.

In addition to the living plants that are already starting to drain the soil of its moisture while they start an earlier than normal spring growth spurt, there is still dead fuel content that’s part of the equation, says McDougald.

“Because of the drought from five or six years ago, that killed off a lot of vegetation,” explains McDougald. “There’s a significant dead component of probably 40 percent or so in the brush.”

McDougald says this dead component is not responsive despite whatever moisture there might be. “It might rain, and it’ll get wet, but it will dry out real quickly,” he says.

With the dead material already on the ground, McDougald says the fire will dry it out quicker, making it more receptive to burn and increase the rate of spread in fire intensity.

Cal Fire may conduct prescribed burning in the Shaver Lake area this spring, dependent on conditions. “It’s getting dry fast on us,” says McDougald.

He says there are definitely plans for more prescribed burning later in the fall near Shaver and Coalinga.

Since early March, Cal Fire has been doing defensible space inspections and educating the public about doing their clearance.

“Things can really change,” says McDougald on a more positive note. “If you get a good rain at the end of April or the first of May will actually buy us some time because those fuels are already awake, and they’re already taking on moisture.”

Related Topics:Cal Fire Fresno CountyCalifornia droughtState of California
Up Next