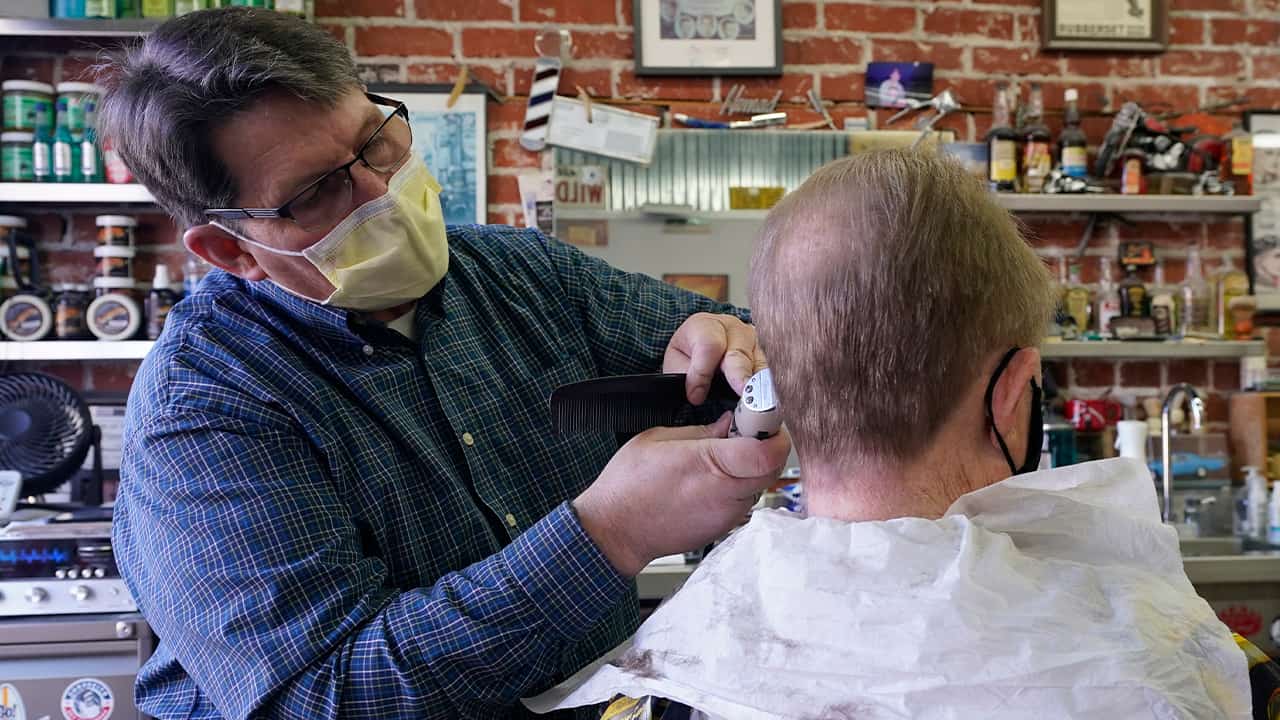 California’s health director on Tuesday revealed the math behind the state’s calculation that it was safe to lift all remaining stay-at-home orders, a response to criticism that Gov. Gavin Newsom’s administration was hiding key data affecting people’s lives and livelihoods.

A half-dozen formulas were used to project that all regions of the state will top 15% capacity in their hospital intensive care units in four weeks, a level the state believes provides adequate cushion for any surges in virus patients. Southern California and the San Joaquin Valley currently have 0% capacity when taking into account both coronavirus cases and other patients, while rural far Northern California is the only one of five regions above the minimal level.

A surge that started in mid-October made California the nation’s COVID epicenter before numbers improved in the new year. Four regions accounting for virtually all the state’s nearly 40 million residents were put under the stay-at-home order in December and three remained there until Monday.

The calculations boiled down to “what I’m just going to call a simple math formula,” Ghaly said.

Officials double-checked to make sure the data wasn’t skewed by reporting delays from last week’s Martin Luther King Jr. holiday before deciding that “we could be confident in what is a fairly weighty decision for three major areas and regions of our state,” Ghaly said.

David Snyder, executive director of the First Amendment Coalition that advocates government transparency, applauded Ghaly for sharing the data, “late though it is.”

“The default should always be transparency, barring real legal justification for secrecy,” he said.

“This is a little simpler than I would have imagined it would be given the data that the state is collecting” on who is most vulnerable, said Rajiv Bhatia, an affiliated professor of medicine at Stanford University. “Basically all of these numbers have numbers and assumptions behind them that make it very difficult to say this is right or wrong.”

The state should say how its projections have tracked with actual developments, including if they accurately predicted the recent surge and decline, Bhatia said: “How well has it been predicting ICU capacity? If it didn’t predict ICU capacity before, why would we trust it now?”

Marm Kilpatrick, an infectious disease expert at the University of California, Santa Cruz, said the state’s approach “is reasonable, but rests on some very important assumptions.” He’s among those concerned that lifting the orders may increase transmission rates, or that mutations in the virus will cause it to spread much more rapidly.

Other considerations include that people are starting to be vaccinated, and a growing proportion have developed natural immunity because they have already had the virus even if they showed no symptoms.

The first two confirmed cases of the virus were reported in California a year ago Tuesday. The state has recorded more than 3.2 million since then — by far the most in the U.S. and a total topped by only four other countries.

The surge at the end of 2020 was the worst of the pandemic in California and overwhelmed many hospitals, prompting some to set up triage areas in tents set up in parking lots. Deaths continue to skyrocket — 542 per day for the last week — as the sickest of the flood of patients die.

But hospitalizations have fallen 20% in the last two weeks and transmission rates have dropped well below 1.0, meaning every person with the disease on average is infecting fewer than one other person.

It’s likely that cases will continue to drop “for at least a week or two,” Kilpatrick said, but if people relax their safe behavior or if variants become more widespread it could send cases higher again.

The release of data behind the ICU projections came one week after The Associated Press first asked for it and was turned down, with a state health officials saying it was too complicated and could mislead the public. Lawmakers of both political parties criticized the secrecy, as did Newsom’s political opponents.

Editorials in the Los Angeles Times and San Francisco Chronicle questioned the lack of transparency and worried that the state might be relaxing its toughest restrictions too soon.

While acknowledging that deaths and hospitalizations remain tragically high, Ghaly pointed to the recent virus data as evidence of a steady and pronounced downward trend.

Relaxing the orders still leave all but four of the state’s 58 counties under the most restrictive of four color-coded tiers for reopening. In those counties indoor restaurant dining and church services are not allowed, retailers are limited to 25% capacity and social gatherings can’t include people from more than three households.

Ghaly said health officials are aware of the potential for a resurgence and could ratchet up restrictions if conditions worsen.

Dr. Jeffrey Klausner, an epidemiologist at the University of California, Los Angeles Fielding School of Public Health, said the state’s overall projection is grounded on the growth in daily coronavirus cases, an assumption that “could be quite unstable and subject to various factors that might increase it.”

Those include changing weather that drives people indoors or allows them to stay outdoors, relaxed adherence to safety precautions — or more adherence, if people become alarmed by the mutating virus.

Yet Klausner said he doesn’t think the easing of restrictions makes much difference in what he said is a natural cycle in pandemics that typically “oscillate like ripples in a pond. Over time the peaks get smaller and further apart until it’s barely noticeable.”

Biden Says He’s ‘Bringing Back the Pros’ for Virus Briefings