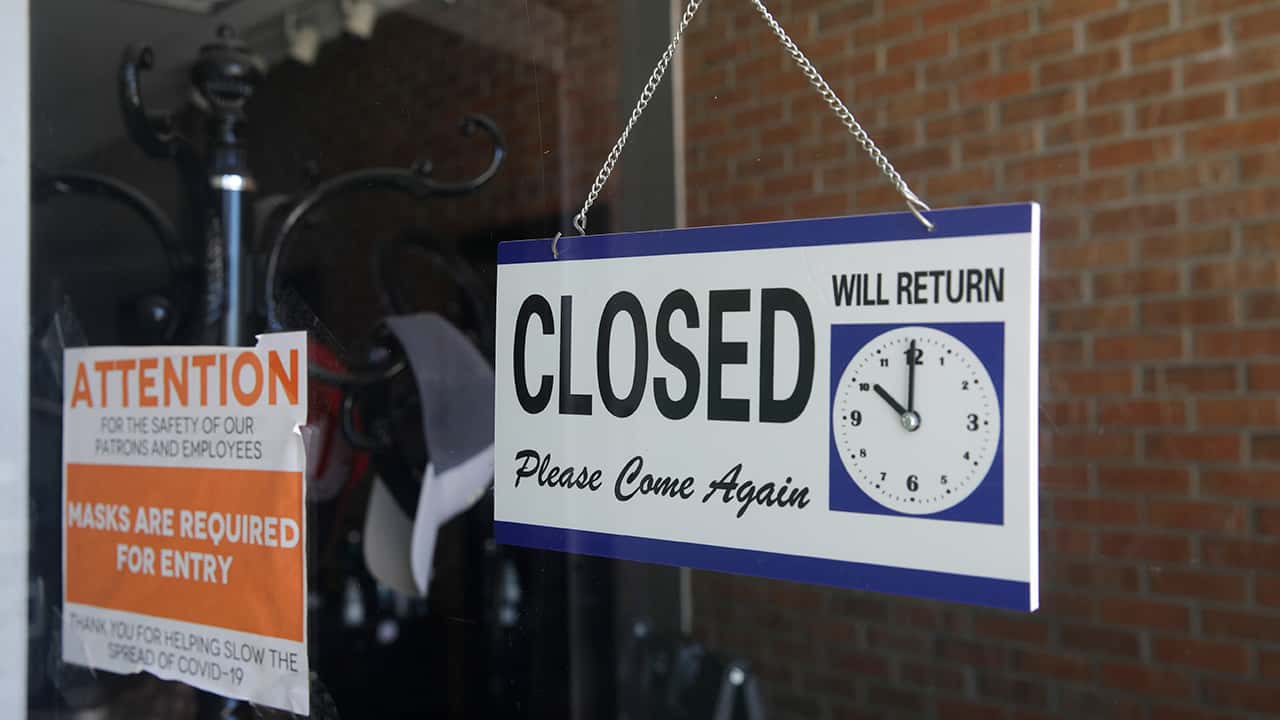 Another day and still another maneuver in California’s erratic management of the COVID-19 pandemic.

It’s not a moment too soon.

Employers and employees alike have suffered mightily as Gov. Gavin Newsom periodically imposed and then lifted restrictions in hopes of, as he puts, “bending the curve” on infections. “We have seen some flattening of the curve but we are not out of the woods yet,” Newsom said Monday.

It’s not certain that his decrees have worked, given the most recent surge in COVID-19 cases, hospitalizations and deaths, but it is certain that they have had devastating economic impacts, as the newest report on employment underscores.

The state Employment Development Department reported last week that California’s unemployment rate, which had been slowly declining since hitting a peak of 16.8% last spring, spiked upwards to 9% in December, one of the nation’s highest.

December saw California lose 52,200 jobs, more than a third of the national job loss, in a sharp reversal of what had been a moderately positive trend. The losses coincided with the stay-at-home order Newsom issued after infections surged during the holidays.

‘Unfortunately, California’s Job Losses in December Were Not Unexpected’

In the last year, since the coronavirus reared its ugly head, employment in California has declined by 1.5 million and a third of those jobless workers have given up looking for employment and dropped out of the labor force. Nearly 1 million are collecting federal and state unemployment insurance benefits.

“Unfortunately, California’s job losses in December were not unexpected,” Taner Osman, research manager at Beacon Economics, said in an analysis of the data. “As the spread of COVID-19 was rampant in the state’s major population centers, business closures to contain the spread of the virus also came at the cost of jobs. The situation is unlikely to improve much in January, although, for the first time, there is some real hope, with the roll out of vaccines, that the labor market can pick up real momentum in the spring.”

The latest data also underscore the worrisome fact that the state’s economic decline over the last year has fallen disproportionately on certain economic sectors and their largely low-income workforces.

While the “professional and business services” sector gained 29,600 jobs last month, employers in “leisure and hospitality” operations erased 117,000 jobs and the “other services” category, including hairdressers, barbers and nail salons, lost 11,000 jobs.

Even without the stay-a-home order, the vast majority of Californians are still living in counties with relatively tight restrictions that depress business activity. For instance, while restaurants can return to outdoor dining — in the middle of winter — they still cannot serve customers inside.

Newsom and other officials say the key to fully lifting restrictions is “herd immunity” that will be reached only when a high percentage of Californians are vaccinated. That, in turn, depends both on having adequate supplies of vaccine and quickly administering it — a feat that so far has proved elusive.

California has one of the nation’s lowest rates of using the vaccine supplies it has received. Currently, California is vaccinating about 130,000 people a day, but at that rate it would take almost a year to inoculate all 40 million Californians.

Feeling the pressure to speed up vaccinations, the state has now created a centralized registration and reservation system called “My Turn,” that Newsom promises will bring better results. Perhaps so, but he doesn’t have a good managerial track record so far.