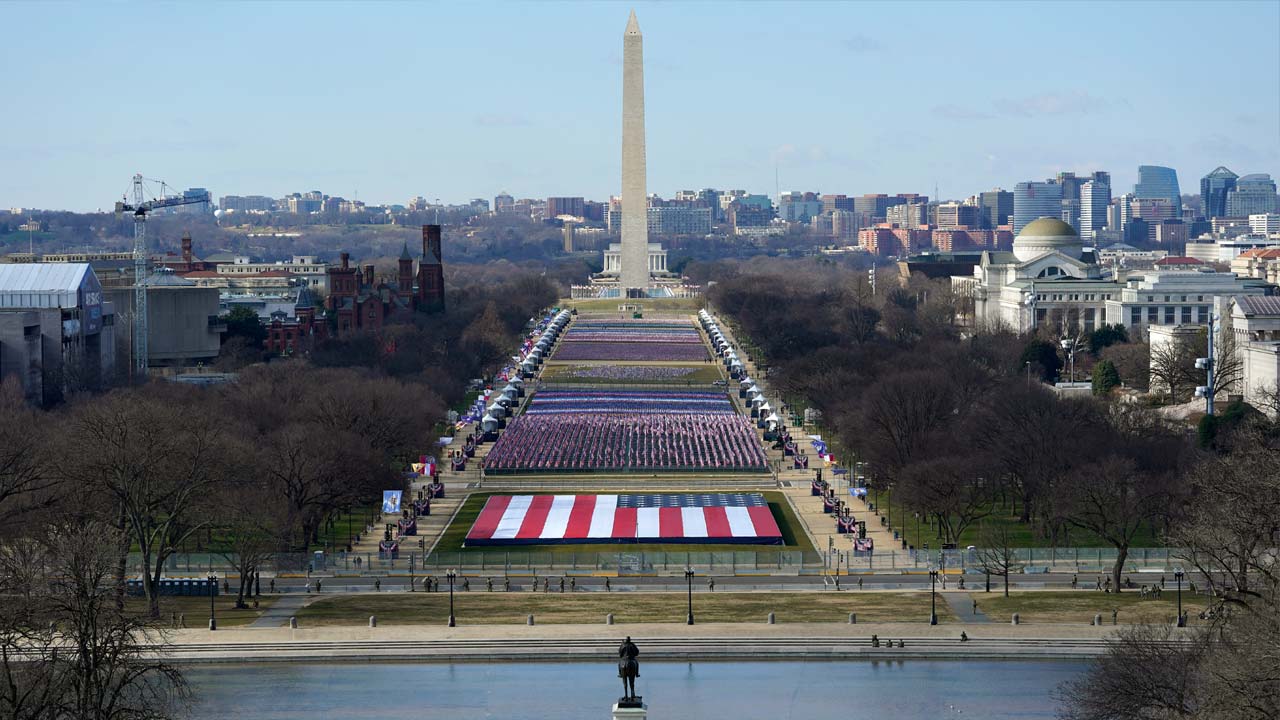 Our nation’s capital looks like a far-away authoritarian land with 25,000 National Guard soldiers and thousands of police officers deployed to keep Joe Biden safe for his presidential inauguration on Wednesday.

America hasn’t been this divided since the Civil War, and the immediate future is filled with huge challenges that include the COVID-19 pandemic and the recession it birthed.

Thanks to President Trump’s Operation Warp Speed, we now have the vaccines to corral the pandemic and kick-start the economy.

The question is, will Americans regain their political equilibrium and end the hyperpartisanship and extremism dividing our country?

Or, will we take things even further to the extremes, fulfilling the observation of our third president, John Adams, that “there hasn’t yet been a democracy that didn’t die by suicide”?

Here are five difficult steps — among many — we should take to save our republic:

Condemn Violence When You See It

The day after the deadly Capitol riot, a YouGov poll indicated that 21% of Americans and 45% of Republicans said they supported the actions of pro-Trump supporters who overpowered the police and entered the halls of Congress in a failed attempt to block certification of Biden’s victory.

Violence must not be a substitute for democracy. It doesn’t matter if the violence is at a Stop the Steal protest or a Black Lives Matter demonstration. Unfortunately, there are people who excuse or try to explain away the burning of buildings, the looting of stores, and the armed storming of state and U.S. capitol buildings.

To heal, we must denounce all violence and hold accountable the people who participate in it, as well as leaders who defend it.

Will we take things even further to the extremes, fulfilling the observation of our third president, John Adams, that “there hasn’t yet been a democracy that didn’t die by suicide”?

More than 400,000 Americans have died and many others face compromised health for the rest of their lives after contracting COVID-19.

Social isolationism has stressed us all and, despite the stimulus checks and loan programs, many Americans have lost their jobs or businesses. Food insecurity is rampant.

Yes, Trump could have done a much better job. But that is yesterday’s news. Our concern should be about what’s ahead.

Members of Congress have a duty to debate the details and challenge anything they find fuzzy or out of line. Their findings revealed that among Democrats and Republicans about 42% of people view the opposing party as “downright evil.”

Scarier still were responses to this question: “Do you ever think: ‘we’d be better off as a country if large numbers of the opposing party in the public today just died’?”

About 20% of Democrats said that they did think that; 16% of Republicans agreed.

The professors, at that time, also looked ahead to the 2020 presidential election.

About 18% of Democrats said that “violence would be justified” if their candidate lost; nearly 14% of Republicans agreed.

During World War II and through the early 1990s, we saw many members of Congress dedicate themselves to doing the people’s business — not merely advancing party goals. Since then, Republicans and Democrats have moved farther to the right and left, respectively. As a result, they work against each other instead of with each other.

The solution: abandon party-line voting and base your vote on the character of the candidates and the quality of their ideas. End the purity tests and support lawmakers who focus on solutions instead of demonizing opponents. Expand your boundaries and interact with people who are different than you.

Admittedly, none of this is easy. In our yearning for simple answers to complicated challenges, we often split into “us vs. them” tribes. Some scientists say our brains are hard-wired that way.

About 18% of Democrats said that “violence would be justified” if their candidate lost the 2020 presidential election; nearly 14% of Republicans agreed.

The truth is, both parties raise tons of money and win elections by maintaining the status quo on immigration. Thus neither Republicans nor Democrats are motivated to settle their differences and move forward with sound policies that lift up people and the economy.

The American economy needs immigrants. Our birth rate is so low that it’s a ticking time bomb for our financial well-being. Certainly, we should make it less expensive for young couples to have babies while establishing their careers. One way to do that is by government investment in childcare. But we also need immigrants who will do the jobs Americans are reluctant to perform. We need the specialized skills and entrepreneurial spirit that immigrants bring, too.

Immigration is fairly easy to fix. Here are the basics. Start with the tight borders that nearly all Americans want. Then Congress provides the funding to fully vet anyone coming into this country legally and to nab those entering illegally. Provide a path to citizenship for those who have been here illegally for a decade or more but haven’t committed serious crimes.

The challenge here is purely political. Solving the problem eliminates a hot-button issue both parties capitalize on.

Elect Leaders at All Levels Who Support Smart Police Reform

The bad cops and the well-intentioned cops who simply don’t have the chops for one of society’s most important jobs must be weeded out.

The “defund the police” mantra from the left after the killing of George Floyd and other Blacks is an example of emotion sabotaging the clear-headed thinking needed to improve things.

So must the politicians who fail to recognize — or don’t care — that people of color are disproportionately killed, injured, and arrested by police.

But any solutions must be grounded in the reality that police work is dangerous. There are many bad actors who don’t think twice about shooting officers in a nation where it’s ridiculously easy to get guns.

The “defund the police” mantra from the left after the killing of George Floyd and other Blacks is an example of emotion sabotaging the clear-headed thinking needed to improve things.

Doing police work right is expensive. And, given the recent scapegoating of police officers, it’s going to be difficult to recruit people with the emotional intelligence and passion for public service to do the job right.

Let’s end racial profiling and unjustified shootings without further endangering the lives of those entrusted with keeping the peace.