Zakaria: Everyone Has Classified Documents. The System Is out of Control.
Share with friends

Mayor-elect Jerry Dyer announced his incoming administration’s leadership team on Friday, as he prepares to take over the city’s top political office in January.

GV Wire℠ reported on most of the names earlier in the day.

“I have assembled an All-Star team that will assist me in implementing my ‘One Fresno’ vision. Whether working on issues related to homelessness and housing, economic development, Downtown Fresno, youth leadership, beautification of Fresno or transitioning the business climate at City Hall to a ‘We Work For You’ culture, I am confident that the team I have assembled will work hard for the residents of Fresno,” Dyer said in a news release.

Dyer officially takes over as mayor on Jan. 5, according to the city charter. He won the mayorship in March defeating six other candidates. Because Dyer won 51.6% of the vote, no November runoff was required. 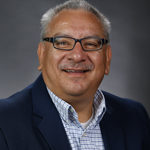 Barfield is a longtime city staffer, currently the director of transportation. He also served as chief of staff for former Councilman Oliver Baines.

Kanne has worked for the city attorney’s office for the past 16 years. White returns to City Hall, where she has served as a department head and chief of staff to former mayors Alan Autry and Ashley Swearengin.

Tim Orman will remain as chief of staff, a role he’s held the last four years under Brand. Chris Montelongo will serve as deputy chief of staff.

Montelongo has worked for the past 19 years with the city, most recently as the senior community revitalization specialist.

Matthew Grundy has been named to the new position of deputy mayor. He is the current CEO of Habitat for Humanity Greater Fresno Area. 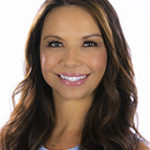 Sontaya Rose, a longtime television reporter with ABC 30, will serve as Dyer’s spokeswoman.

Mark Standriff, the current city spokesman, will move into a new position as director of Beatify Fresno. The relatively new program will “cooperate
and collaborate with other public and private agencies to clean and beautify the City of Fresno through the elimination of trash, graffiti, and blight, and the creation of community-based beautification projects,” according to a Dyer news release.

Another Brand holdover will be H. Spees. Dyer named him director of Housing and Homeless Services, with a similar job description to his current position as director of strategic services.

Supervisor Brandau on His COVID-19 Diagnosis and Attending Maskless Rallies

Support Growing to Mail All Ballots in California Elections