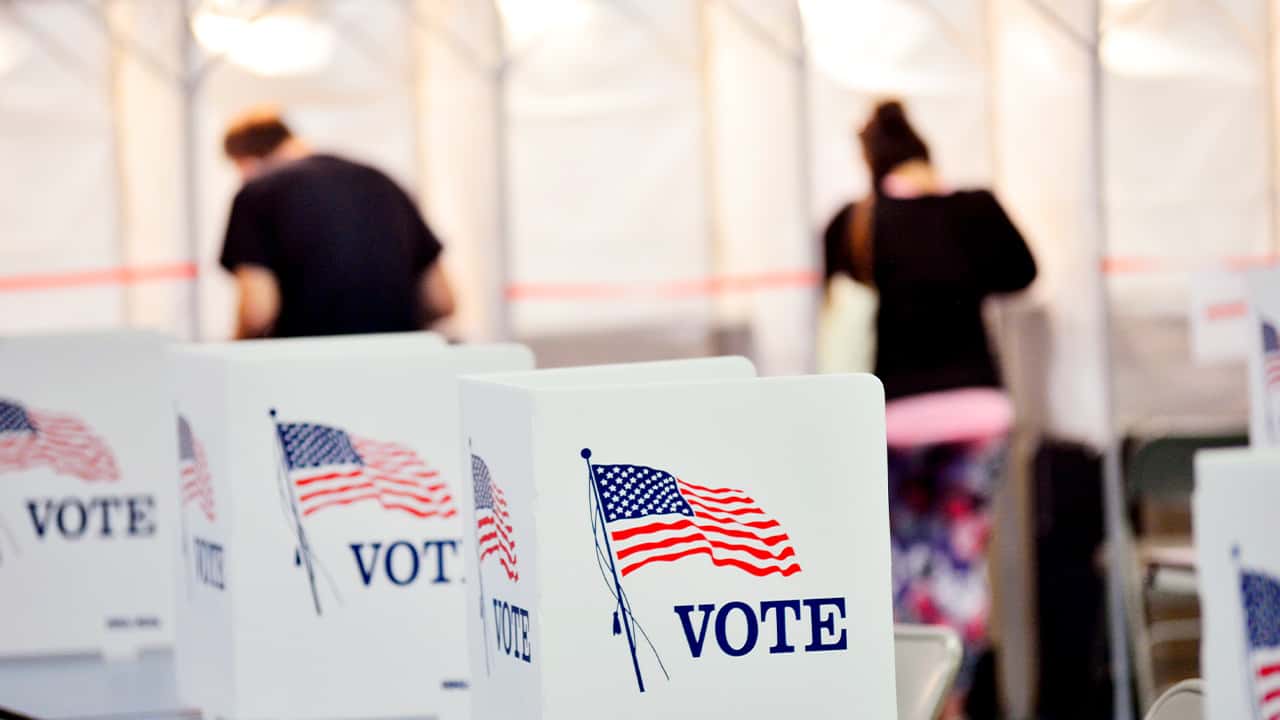 Fresno police will be in plain sight — but not easily identifiable — on Election Day as voters visit voting centers, a department spokesman said Monday.

Police will be monitoring voting centers in plainclothes, said Sgt. Jeff LaBlue, to avoid concerns that uniformed officers could be viewed as intimidating to voters wishing to cast ballots.

The Fresno County Sheriff’s Office said its personnel won’t be assigned to polling locations directly, but will be on standby to respond to any potential election disruptions.

In Beverly Hills, the city said it will close its high-end Rodeo Drive shopping area to vehicles and pedestrians from Monday through Wednesday night due to “the potential of increased demonstration and protest activity across the region.”

“Beginning on Halloween and through Election week, the Beverly Hills Police Department (BHPD) will be on full alert throughout the residential and business districts,” the city said in an online news release.

As of Monday, no similar steps have been announced in the Fresno area.

“The goal is for there not to be a command presence at the polling station. Somebody shouldn’t feel intimidated by law enforcement being there. So it’s it’s important for us to have a neutral standpoint.”– Fresno police Sgt. Jeff LaBlue

“We’ll only be on a response as needed basis,” LaBlue says.

The department will have officers in plainclothes near vote centers, he said. They’re not expecting disruptions, LaBlue said, but want voters and residents to know they’ll be available if situations arise.

“The goal is for there not to be a command presence at the polling station,” he said. “Somebody shouldn’t feel intimidated by law enforcement being there. So it’s it’s important for us to have a neutral standpoint.”

He said about 60 officers will be on standby and ready to respond to any incidents that require a police presence.

“While we won’t be stationed near any polling stations, we will be prepared to respond in case an issue arises.”–Fresno County Sheriff PIO Tony Botti

The Fresno County Sheriff’s Office says deputies will be on standby should law enforcement response be required either locally or in another part of the state — if outside agencies requests help.

“Our approach will be to conduct normal patrols on Nov. 3,” said spokesman Tony Botti. “While we won’t be stationed near any polling stations, we will be prepared to respond in case an issue arises.”

Botti says the Sheriff’s Office is in regular communication with the elections office and County Clerk Brandi Orth. So far, he said, there are no known concerns surrounding Election Day.

California Attorney General Xavier Becerra issued a bulletin last week to all California law enforcement on voter interference and intimidation laws.  The guidance comes on the heels of questions that have arisen about what is and isn’t allowed at polling places and voting locations.

“Today’s bulletin alerts law enforcement about the laws that prohibit voter interference and intimidation that they may be called on to address between now and Election Day,” Becerra said in a press release.

The bulletin outlines that under California law, it is illegal to interfere with an election or tamper with voting machines and devices used to tally votes. It is also illegal to use threats of force, violence, coercion, or intimidation to pressure voters into changing their vote or not voting at all. Voter intimidation tactics can also be less obvious than a physical threat, the message said, including:

The U.S. Justice Department will be monitoring the election as it has in the past, according to a news release.

“Our federal laws protect the right of all American citizens to vote without suffering discrimination, intimidation, and harassment,” said Eric S. Dreiband, Assistant Attorney General for the Civil Rights Division.

The statement said monitors will focus on compliance with the Voting Rights Act and the other federal voting rights laws. Monitors will include personnel from the Civil Rights Division and staff from U.S. Attorney’s Offices.

The DOJ will monitor compliance in 44 jurisdictions in 18 states, the agency said.

Counting Your Vote is More Work Than You Think. Here’s How It’s Done.