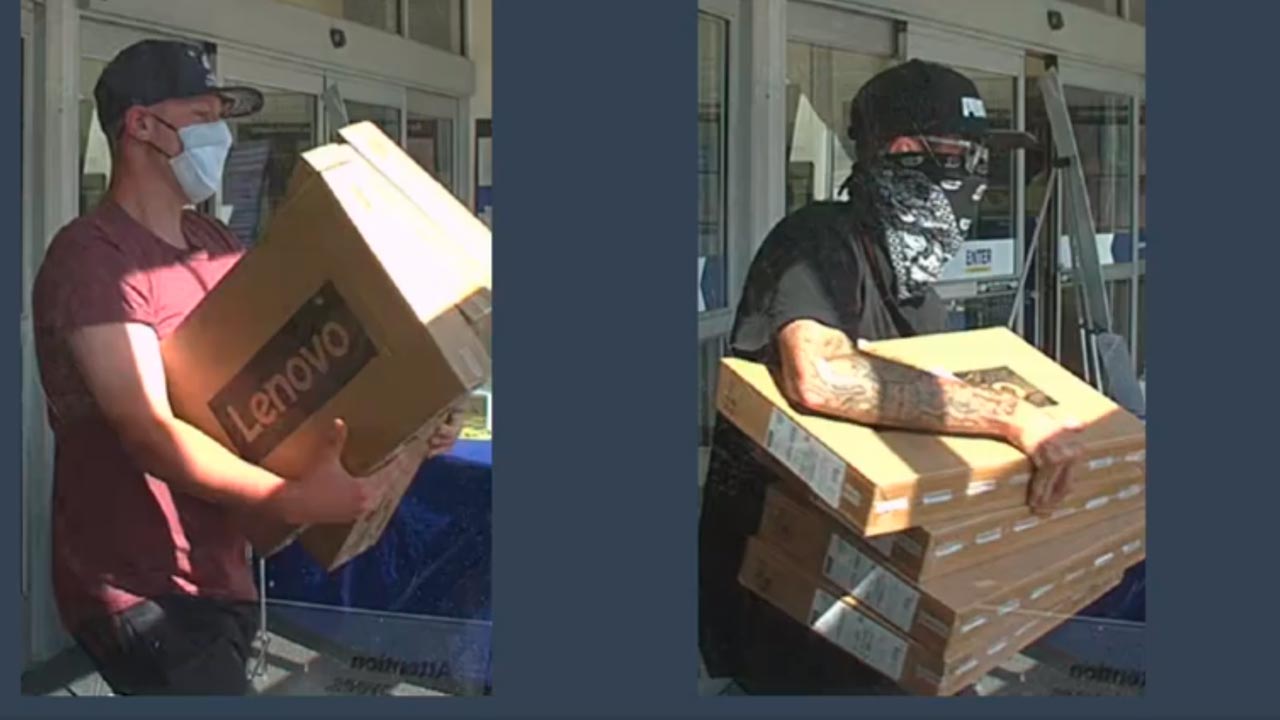 Clovis police are asking for help in identifying two men who stole armloads of new laptop computers from a Clovis Best Buy on Wednesday afternoon.

Surveillance footage shows the two men walking into the electronics store and scooping up eight fully boxed Lenovo laptops and quickly walking out. The footage is posted on the Clovis Police Department’s Facebook page.

The department’s post says the burglary occurred just after 2 p.m. at the store on Herndon and Willow.

One man is wearing a black and white bandanna over his face, while the other appears to be wearing a more standardized protective facemask. Both are wearing ball caps and one of the men has distinctive arm tattoos.

Investigators say anyone with information on the theft can contact them at (559) 324-2556, by email at ClovisPolice@cityofclovis.com, or by private message via social media. Tipsters can also provide information anonymously via Valley Crime Stoppers at (559) 498-STOP.