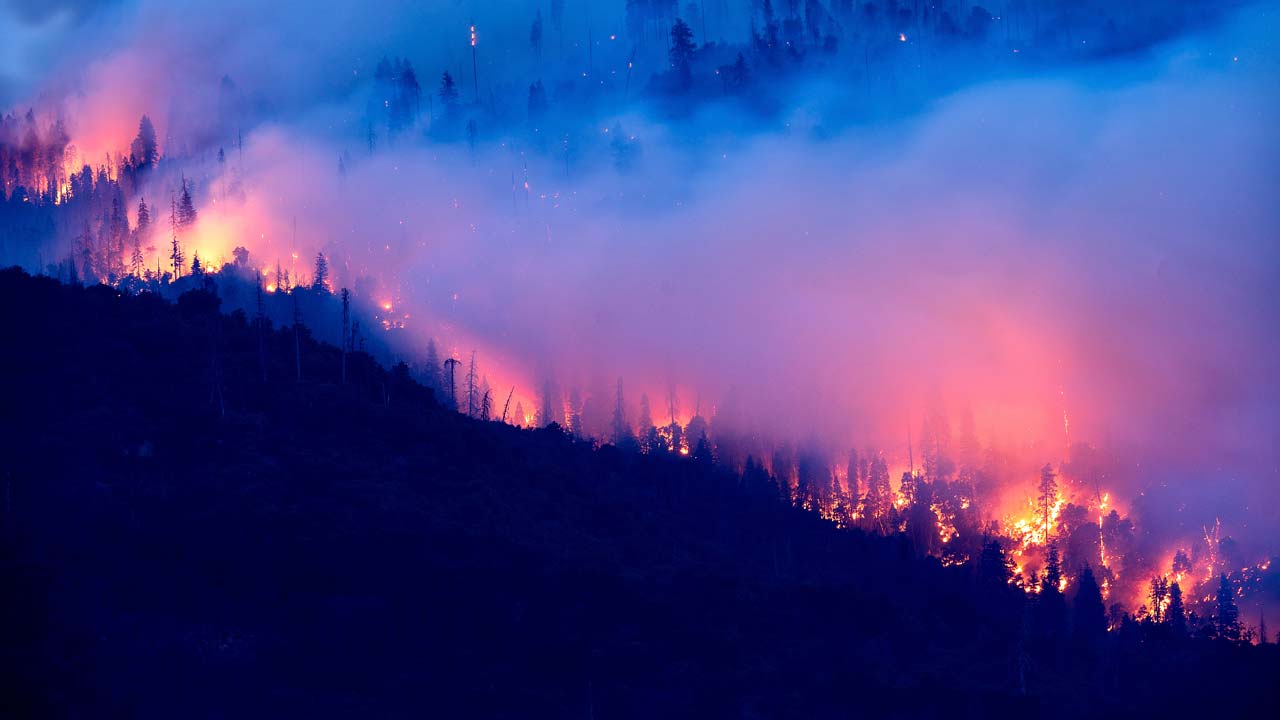 Stanford researchers say smoke from the recent California wildfires led to 1,200 excess deaths and 4,800 additional ER visits among the elderly – and that’s just for people ages 65 and over.

Multiple communities in the paths of the fires have been entirely destroyed, and wildfire smoke has blanketed huge swaths of the West Coast for weeks. Smoke fire warnings from the Creek Fire have been triggered as far away as Reno, Nevada.

“The total costs in terms of human lives and health is likely far larger, due to the immense amount of smoke that has been inhaled over the last 3 weeks by the very large number of people living on the West Coast,” writes Stanford researcher Sam Heft-Neal.

Recent wildfire activity led to a massive increase in PM2.5 above normal levels according to the research.

The study included a chart showing differences in daily PM2.5 levels in 2020 from the previous 5 year average, beginning Aug. 1 and going through Sept. 10, 2020.  Researchers based their information on data from EPA AirNow and then took an average for each reporting station in each location on a given day. Difference in PM2.5 on each day, 2020 relative to 2015-19 average. Data are from EPA AirNow, and represent averages over all stations reporting in each area. (Courtesy Stanford University)

The Stanford team based their analysis on a recent paper published in the American Economic Review calculated short run mortality and morbidity consequences of PM exposure.  Using detailed Medicare data, the paper estimated that a 1 microgram increase in PM2.5 on one day increases deaths over the next three days by 0.7 per 1 million people over 65+, and increases ER visits among the elderly by 2.7 per million people.

“There are about 6 million people aged 65+ in CA. Applying the (AER) estimates to the change in PM and the exposed population, we arrive at 1200 excess deaths (deaths that would not have happened otherwise) and 4800 additional ER visits among the elderly,” Heft-Neal wrote. “If we use the (AER) estimates of how much one day of additional PM2.5 increases mortality over the next month (not just next three days), the estimated number of deaths rises to 3000.”

Heft-Neal emphasizes that his paper examined likely effects in California only. Oregon and Washington are also dealing with significant smoke from wildfires there, “and non-elderly are also surely affected,” he said.

Estimates Could Be on the Conservative Side

The report says the COVID-19 pandemic has as-yet-unknown implications for understanding the impact of air pollution on health. Early evidence seems to suggest that poor air quality could worsen COVID-related outcomes, and if that’s the case then the numbers cited in the report could be on the lower side.

The report only looked at elderly mortality and ER visits, and it’s likely that other groups are very substantially affected (e.g. the very young, those with pre-existing cardiovascular or respiratory conditions).