Why Don't We Do It in the Road? Tower Eateries Start Today. 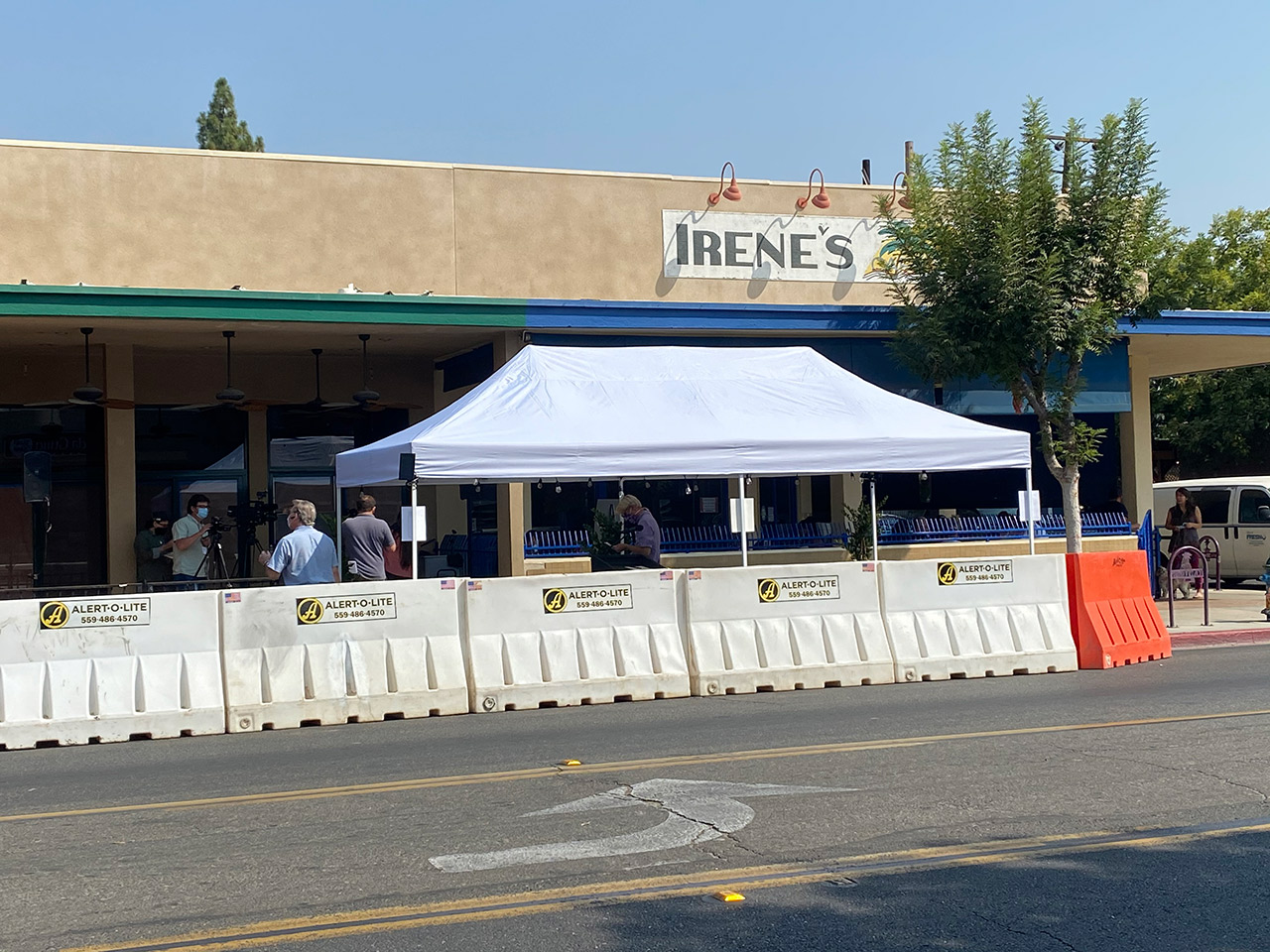 “I think it’s going to help tremendously. I mean, every extra table that we can put out helps us with our bottom line,” Faul said.

Faul’s restaurant will be the first eatery in the Tower District to take advantage of the city of Fresno’s parklet program. Five two-person tables are set up on the street and sidewalk, protected by a heavy barrier and shaded from the sun with a canopy.

Irene’s has been operating her eponymously-named restaurant in the Tower District for 29 years. The COVID-19 pandemic has slashed her sales in half.

“We’re just hanging in here like everybody else,” she said. 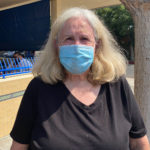 “Every extra table that we can put out helps us with our bottom line.” — Irene Faul, owner of Irene’s restaurant

City officials showed off the pilot program Friday — temporary for now with a full-time setup expected in three weeks. Irene’s is one of three restaurants to try the parklets out, each receiving a $35,000 grant from the city. The Revue and Lincoln Pub & Grub are the two other recipients from a parklet pool of $600,000 — paid for with COVID-19 CARES Act funds.

“This city impresses me in the way that we think ahead. We make the investments today that will pay dividends for years to come,” said Tyler Mackey, executive director of the Tower District Marketing Committee.

Will Diners Be Comfortable?

At least for the next week, diners can expect to bake — temperatures are forecast in the 100s. The parklets are also next to traffic, separated by only thick Alert-O-Lite barriers.

“I know that’s going to be a little difficult right now with the heat, but hopefully, this is already September. The weather should be nicer in a few more weeks. I think it’ll be fine for everyone,” Faul said.

As for the noise?

“We have a lot of customers that come in and want to eat here. So they’re not here that long. I think they’ll be all right with that,” Faul said. For councilmembers Miguel Arias and Esmeralda Soria — whose respective districts border Olive Avenue — the parklets are the best they can offer during the pandemic.

“The Tower is a very special place in the city and the businesses are off the street, so they don’t have much room to expand their outdoor seating beyond their small patio. So we thought it was a great way to expand the outdoor seating, which is allowed per the emergency ordinance and also CDC guidelines,” Soria said.

Arias said spilling out in the street is the only way to help Tower restaurants.

“The Tower District is not like some of the corporate restaurants that you see north Fresno. They have access to huge private parking lots and they’re really designed for the commuters who come in and out,” Arias said.

Both Arias and Soria hoped the parklet program will last beyond the pandemic.

Arias said they are doing what they can as councilmembers.

“I don’t think COVID-19 cares about anybody’s political agenda. It’s spreading. It’s deadly. Is killing a lot of our people in our community, especially in south Fresno,” Arias said.” So we’re trying to do the best we can with providing safer alternatives than simply demanding their businesses reopen without understanding the infection rate and not being public health officials.”

Loss of Some Parking Better Than No Need to Park 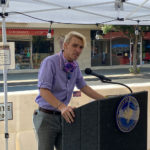 “The worst thing that we can think of is not to do this. Let these businesses fold and you can park here all day long. You’ll just have nowhere to go.” — Tyler Mackey, Tower District Marketing Committee

Mackey acknowledges that the parklets will gobble up street parking spaces in front of restaurants. He estimates a loss of 20 spots.

“The worst thing that we can think of is not to do this. Let these businesses fold and you can park here all day long. You’ll just have nowhere to go,” Mackey said.

“It is going to slow down traffic. It is going to improve the safety of the area and is going to allow for more square finished first local restaurants to take advantage of as well as the local nightclubs that we have in the area,” Arias said.

At-Risk Students Back on Clovis Unified Campuses. Fresno, Central Yet To Act.