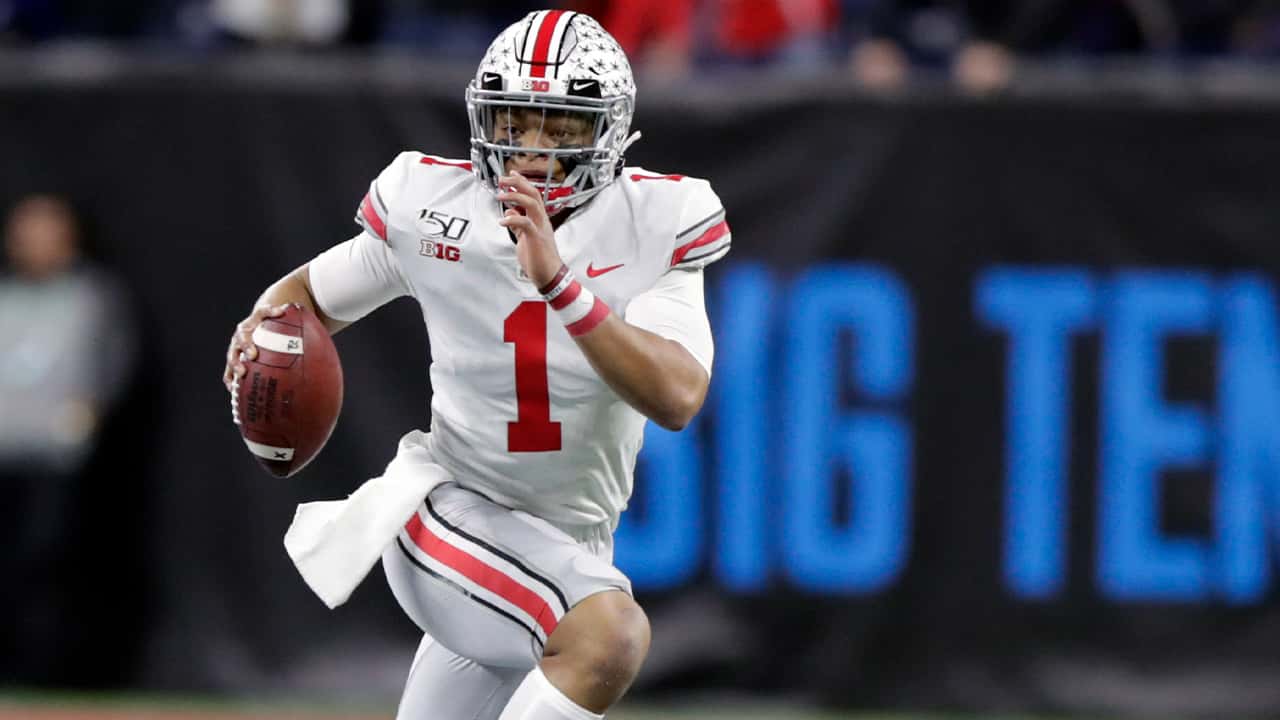 Back in April, not long after the NCAA basketball tournament was canceled because of the coronavirus pandemic, the idea of moving the 2020 college football to the spring of 2021 already was being tossed around.

A last resort is what it was called by conference commissioners and athletic directors.

“We broached it very little in our AD meetings and really haven’t gotten serious about it at all. I had one AD from another league call and just talk about it a little bit.” — Wisconsin athletic director Barry Alvarez

When it looked as if the U.S. might be winning its fight against COVID-19, the idea of a spring season mostly fell by the wayside.

“We broached it very little in our AD meetings and really haven’t gotten serious about it at all,” Wisconsin athletic director Barry Alvarez said Tuesday. “I had one AD from another league call and just talk about it a little bit.”

Time to start talking about it a lot.

The Big Ten and Pac-12 postponed fall football on Tuesday, hoping to salvage a spring season like the Mid-American Conference and Mountain West plan to do.

What that looks like is anybody’s guess, but officials in those conferences need to figure out everything from how to prepare in the fall to how much to play in the spring, where in the calendar it could fit and who exactly is going to be suiting up for these teams?

Wisconsin coach Paul Chryst said before a spring football season is planned, there has to be a discussion about fall 2021.

Todd Berry is the executive director of the American Football Coaches Association and a member of the NCAA’s football oversight committee. He said conversations about a spring football season have been minimal, but there has been a theme.

“We would all like to go into next fall with some kind of normalcy,” he said. “Protecting next fall becomes pretty significant.”

So it’s safe to assume any spring season is going to be substantially shorter than the usual 12 regular-season games.

Chryst played in what was known at the time as the World League of American Football and later become NFL Europe. Occasionally players from that spring league would end up on NFL rosters the following fall.

Former NCAA executive and college football player Mark Lewis said playing two full seasons or even close to that should be a nonstarter.

“What are you gaining by playing in spring if you’re trying to add more games? I don’t think that’s necessarily a good idea.”

Before football can be played in the spring there has to be a plan for a fall without games.

Berry said teams are not likely to send players home.

Schools have generally done a good job mitigating the virus’s spread during voluntary workouts and noncontact practices over the last month. Whether that keeps up when schools starts remains to be seen, even with some schools doing most or all of their classes online.

Exactly when a season could be played in the spring is likely to be determined by the virus on the front end and the NCAA men’s basketball tournament on the back. Would anybody in college sports want football treading on basketball’s main event?

Still, the schools have a blueprint. Berry said it’s possible to have a modified spring football format in the fall.

Exactly when a season could be played in the spring is likely to be determined by the virus on the front end and the NCAA men’s basketball tournament on the back. Would anybody in college sports want football treading on basketball’s main event?

Keeping the players in shape might be easier than simply keeping them around.

More than two dozen FBS players, including some big stars from the Big Ten such as Penn State linebacker Micah Parsons and receivers Rondale Moore of Purdue and Rashod Bateman of Minnesota, opted out of the 2020 season even before the conference postponed.

The NFL scouting combine is in late February and the draft is in late April. If the NFL does nothing to accommodate spring college football, some of the sure-thing players are almost certain to leave. The players who needed another year to improve their stock might be more inclined to stay and play. But an injury in the spring could be an even bigger problem when it comes time to earn a spot on an NFL roster in the summer.

There Is Still Time for a Player to Transfer

Maybe players will still try to play in the fall but in another conference. The Southeastern Conference, Atlantic Coast Conference, Big 12, American Athletic Conference, Conference USA and Sun Belt are all still on track to start their seasons in September.

With a few weeks to go before classes start at most schools, there is still time for a player to transfer, apply for a waiver from the NCAA and be eligible by opening day.

“I know when the MAC made their decision, the phones were ringing in a lot of places, many of them quite honestly from other MAC coaches saying we’ve got a kid here, he wants to go, do you have a spot?” Chryst said. “To think that’s not happening would probably be naive.”

FBS teams are allowed to sign 25 players per year, recruits or transfers, and at this point in the year most teams will be full or really close to it.

Teams that lose players before a spring season could replace them with next year’s signing class. Early enrollment is common for many football players who want to get on campus in time for spring practice. Now, maybe they can get game experience.

There is so much to sort out, including the NCAA signing off on a spring football season.