Over the objections of two trustees, the Central Unified School Board voted Tuesday for a resolution denouncing the “insensitive” comment former trustee Richard Atkins had posted on Facebook that led to public condemnation and ultimately, his resignation.

Atkins, the Area 4 trustee, had prompted widespread criticism and petition drives seeking his removal from the board after he posted “If you don’t Love the Country you live in, then go back to the country you or your ancestors came from. I am SICK of this S–t.”

He subsequently apologized and then resigned in the midst of a special board meeting on June 23 that had been prompted by his comment and the community reaction.

The resolution names Atkins and denounces his Facebook post, saying it was insensitive and does not reflect the district’s views and mission. The resolution also proclaims the diversity of the students and staff, and commits the board to participating in diversity training.

Why Name Atkins in Resolution?

Trustees Jason Paul and Terry Cox questioned the need for the public denunciation, since Atkins had apologized for his post and resigned.

Paul said that he supported denouncing the action and upholding the district’s mission. But given Atkins’ lengthy public service to the district that Paul said was marred by “a mistake” in making the Facebook post, “I see no need to further drag his name through the mud.”

Board president Yesenia Carrillo, who helped draft the resolution with district staff, said the community and the board both had sought an official denunciation that would include Atkins’ name and the Facebook post. The resolution then passed on a 4-2 vote, with Carrillo and trustees Naindeep Singh Chann, Phillip Cervantes, and Richard Solis voting in favor and Paul and Cox voting against.

Clovis College reported a 45% increase in enrollments by new and returning students in the three summer school sessions — all of which were online because of COVID-19 restrictions.

A total of 4,702 students took summer school classes, the top three of which were biology, child development, and psychology. Eighteen percent of the enrollees had never taken a class with State Center Community College District previously. Clovis is one of State Center’s three colleges.

Clovis College is preparing for the fall semester, which also will have online classes only, with its Virtual Extreme Registration that opens Aug. 10.

Fresno State announced the appointment of two new deans who have the unenviable task of starting their new jobs in the midst of a global pandemic that has forced campuses to close and students to use distance learning.

The new school, which is under construction at Grantland and Ashlan avenues west of Highway 99, is expected to open its doors in August 2021— assuming the pandemic has eased by then and schools have reopened. 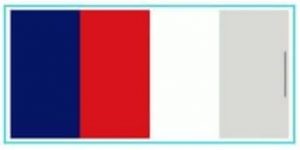 Central Unified assistant superintendent Ketti Davis reported at this week’s board meeting that the students have opted for dark blue, red, white, and silver. Their choice of a mascot is a work in progress — there was no clear favorite in previous surveys, Davis said.

But now that the school has been named for former Central football coach Justin Garza, who lost his battle with cancer in 2017, the students can consider that name in their decision, Davis said.

At this point, “Garza Guardians” is leading the pack, she said.