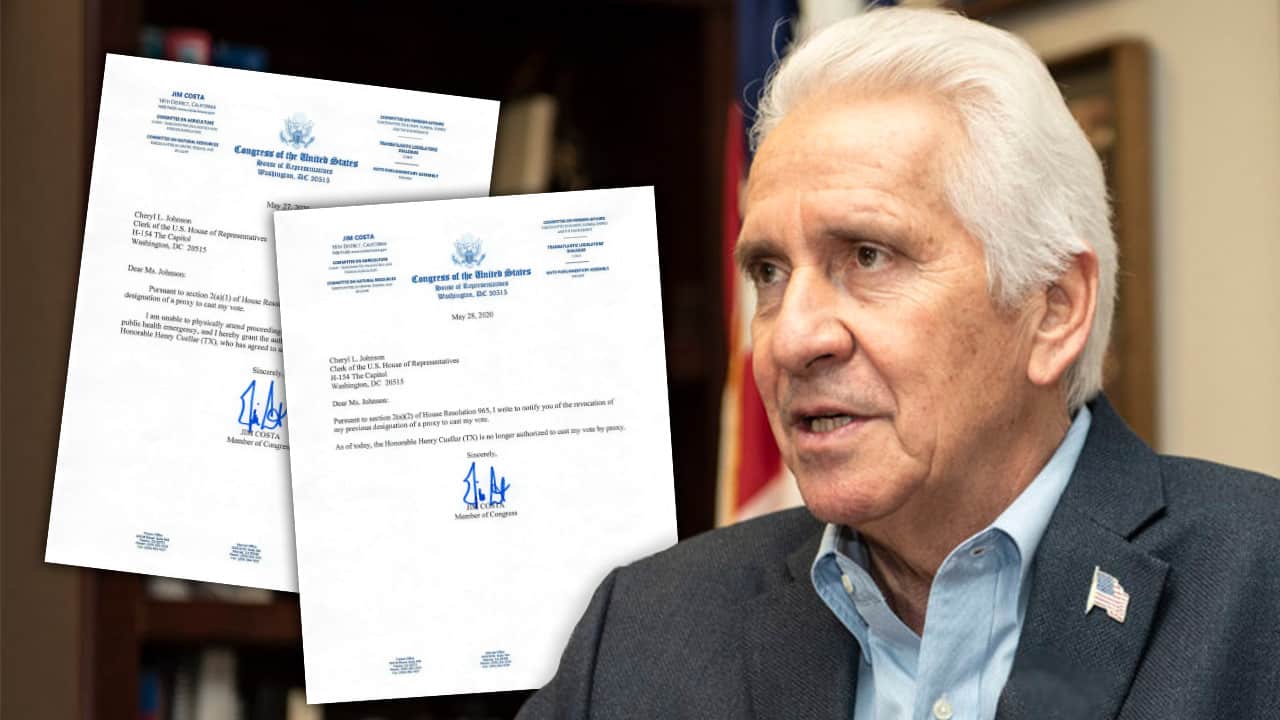 A day after filing a statement with the Clerk of the House of Representatives, Congressman Jim Costa (D-Fresno) revoked his request to allow a colleague to vote in his place Thursday.

Using the standard form letter that more than 70 of his Democratic colleagues used, Costa wrote, “I am unable to physically attend proceedings in the House Chamber due to the ongoing public health emergency.”

On Thursday, and after an inquiry from Politics 101, Costa revoked the request.

He had granted his vote by proxy to Congressman Henry Cuellar (D-Texas).

Costa, 67, voted in person in Washington this week. His office said the proxy vote was no longer needed.

The House approved the previously unprecedented proxy voting system, where one member of Congress can cast a vote for up to 10 other colleagues, earlier this month. Republicans are suing over the move, calling it unconstitutional.

McCarthy has come out strongly against the practice.

“In California alone – your largest delegation – more than half of the Democrats stayed home. I’ll guarantee you they all cashed their checks this month. That means 19 million people in California will not have their voices heard,” McCarthy said on the House floor on Wednesday.

Proxy voting has already become a campaign issue, according to the Los Angeles Times.

This story has been updated with an explanation from Costa’s office. 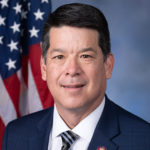 “This was the logical step to bring our voting in our congressional system into the 21st Century.” — Congressman TJ Cox (D-Fresno)

Cox praised the system in a teleconference with reporters. He talked about the difficulty of his travels to Washington this week — flying out of Los Angeles on a red-eye that connected through Miami.

“This is such an important step forward because we know this is not going to be the first and only emergency that could prevent people from coming to the Capitol,” Cox said.

Cox said remote voting is the wave of the future.

“This was the logical step to bring our voting in our congressional system into the 21st Century,” Cox said.

Cox said that voting remotely by proxy will help protect elder members in the legislative body.

“Many of the Congress are, frankly, a little older than the average population. So, they are an at-risk population. We should be taking steps to not only keep our staff, our members, and our American public safe. I think this was a good example of that,” Cox said.

The average age of a House member is 57; the median age of the U.S. population is 38.

Congressman Ted Lieu (D-Los Angeles), who spoke with Cox, said he is using his proxy because of a cardiac procedure last year that puts him in a high-risk group. 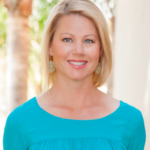 Terra Brusseau learned the price of not filing political paperwork on time.

The Fair Political Practices Commission fined Brusseau — who serves on the Fresno Housing Authority — $400 for failing to file her 2018 statement of economic interests on time. The FPPC board approved the decision at its meeting last week.

What’s unusual was that Brusseau was fined twice as much as three others at the same meeting who committed the same infraction.

According to her agreement with the FPPC, Brusseau had no intent to conceal information, this is her first failure to file in the last five years, and she is current on the remainder of her filings.

Brusseau explained that she missed the deadline to pay the fine, hence the increased amount. Everything has been settled since.

In her quirky style, Olguin had a little fun on Twitter.

Olguin ranked 23rd, one spot above San Francisco 49ers offensive assistant coach Katie Sowers. Who knows how high Sowers would climb if the 49ers offense showed up in the 4th quarter of the Super Bowl?

When COVID-19 Hit, Firebaugh United to Squash It