Grizzlies Tell Hertz to Park for Free at the Stadium 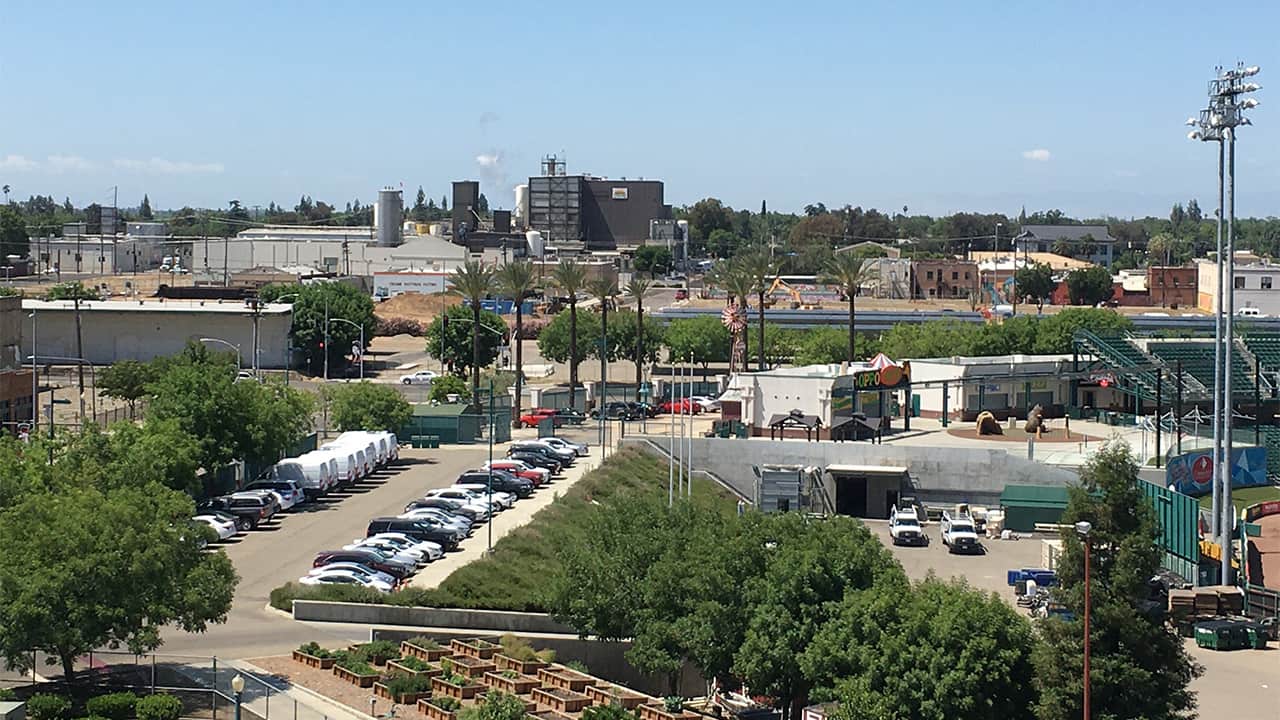 Today was supposed to be a scheduled off-day for the Fresno Grizzlies. The only sign of activity was construction workers engaging in a solar project on the outside of the stadium.

“Hertz did not have enough space for all their rental cars, so we used the backlot at Chukchansi Park to store the extra cars. We are so glad to help Hertz and the rest of our partners in any way we can.” — Grizzlies spokesman Stephen Rice

The Triple-A affiliate of the World Series champion Washington Nationals has had many off-days this season. Already, 19 home games and counting have been canceled because of the coronavirus pandemic.

But even though players haven’t even been assigned to the Grizzlies, the player’s parking lot is full — approximately 50 vans, sedans, and other vehicles are stationed in the area behind center field off of Inyo Street.

With baseball shuttered by MLB, the Grizzlies are making use of their empty space, allowing Hertz to park surplus cars in the lot.

“In a time like this, it is really important to help out our community and our partners. Hertz did not have enough space for all their rental cars, so we used the backlot at Chukchansi Park to store the extra cars. We are so glad to help Hertz and the rest of our partners in any way we can,” Grizzlies spokesman Stephen Rice said.

The Grizzlies aren’t charging the rental car company to use the space.

The Los Angeles Dodgers and the Los Angeles Angels of Anaheim are using their southern California stadiums to park unused new and rental cars. The Los Angeles Times reports that a slowdown in travel and new car sales have led to an excess of vehicles, and limited places to store them.

Although the team can’t hold any games, Rice says the Grizzlies are still paying their annual $500,000 rent.

The ballpark is considered nonessential by state and local regulations. Gov. Gavin Newsom indicated this week that professional sports could resume — without fans — the first or second week of June.

“With our business model, it’s really a nonstarter,” Jeff Lantz, MiLB’s senior director of communications, told The Sacramento Bee. “Our teams need the gates open and (people) in seats with a beer in one hand and a hotdog in the other, just to survive. If we play games but don’t open the gates, that’s zero revenue. It’s just not feasible with our business model.”

MLB has not announced any formal plans to resume, meaning there are no plans for the minors either.

The team is asking fans to honor a first responder or healthcare professional. The winner receives a free weekend rental from Hertz. Nominations can be made through Tuesday, May 26, at this link.

J&J to Stop Selling Talc-Based Baby Powder in US, Canada