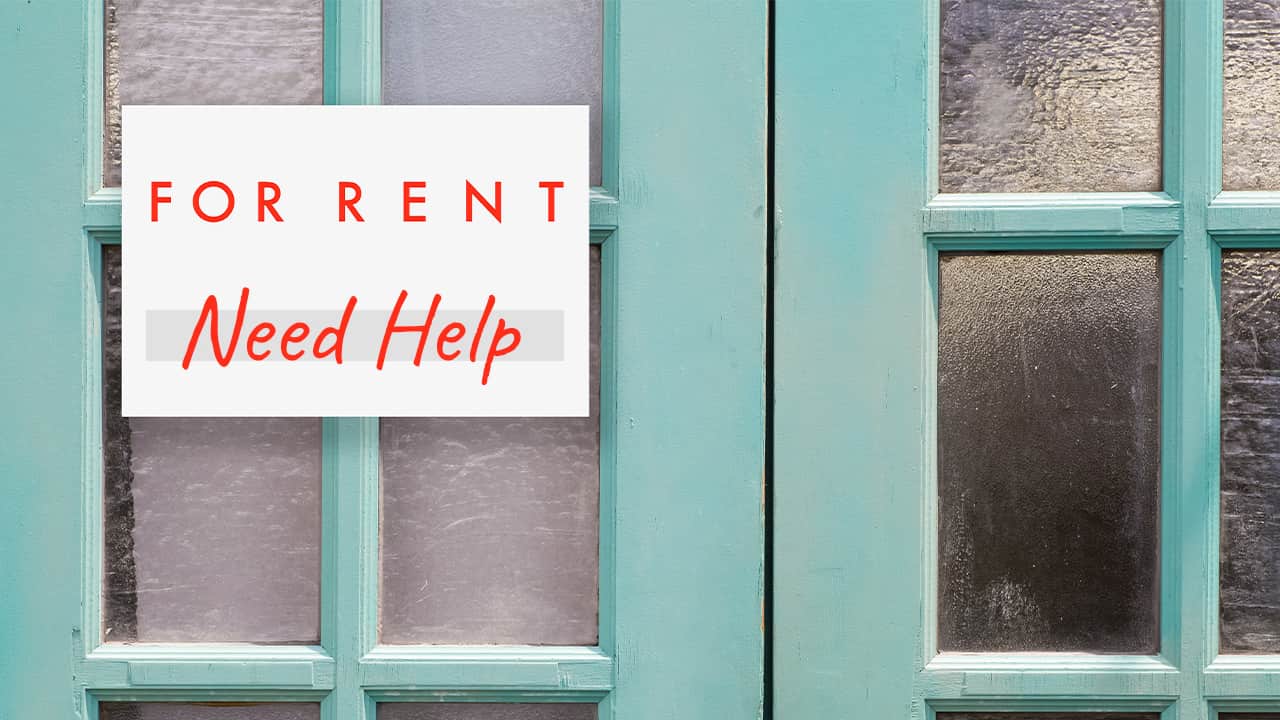 The Fresno City Council will vote on an amended aid program on Thursday that a civil rights group claimed was illegal in its prior form.

Funding will come from the $92 million the city received in federal stimulus funds.

Housing grant recipients would receive a one-time payment of $500 for an individual or $1,000 for a household.

Applicants must be a city of Fresno residents, low-income (at 80% or below the area median income of $61,700), and prove financial hardship caused by the COVID-19 pandemic. Although the resolution says “rental,” in past interviews Soria said it would also apply to mortgages for homeowners.

Landlords can participate, with strings attached. The city would pay 80% of back rent for a tenant through June. But, the landlord would be prohibited from increasing rent or charging late fees. Receiving the money would also forgive the remaining balance of the back rent.

The program does not require citizenship, but the resolution’s new language states “to first use federal funds, to the extent legally available.”

Other funding sources identified by the resolution include Community Development Block Grants, Low and Moderate Income Housing Asset funds, and “other eligible funds.”

The council first approved the resolution on April 23 with a 4-3 vote. Caprioglio voted no but is now a co-sponsor.

He did not offer an explanation for his apparent about-face when reached by Politics 101.

As part of the same motion as the housing relief funding, the city would add $2 million more to the Save Our Small Businesses fund.

Because the funding would come from federal stimulus money, it would be a grant instead of a 0% forgivable loan.

The resolution doesn’t state whether the first 116 recipient loans would be converted into grants.

In a separate agenda item, the council will vote to establish the $500,000 Fresno Micro Farmers Farm to Family Program.

To receive a $1,000 grant, a micro farmer must have an operating budget of less than $200,000, be a Fresno resident, experience losses because of COVID-19, and “demonstrate a willingness to donate surplus product” to a local food bank.

The Asian Business Institute & Resource Center will administer the program.

Similar to federal and city of Fresno programs, the Fresno County Board of Supervisors approved, 5-0, a financial aid program for struggling small businesses on Tuesday.

Small businesses with 10 or fewer employee equivalents — including self-owned companies — can apply for a $5,000 grant, with no requirement for repayment.

The county set aside $5 million from its $82 million in federal stimulus funds. The grants will be distributed among the five supervisorial districts.

But, the supervisors said no double-dipping would be allowed. Businesses that already received federal or local aide are not eligible.

Qualifying businesses will be chosen by lottery. Other restrictions apply. Access Plus Capital will administer the applications and grants. Application forms are expected to soon go online.

At Thursday’s Fresno City Council meeting, the city transportation department will for a change of five FAX bus routes and to create a new one.

“We feel it’s important for us to ensure that our riders — who are asking for this assistance to get to the new department, see their workers, pick up their bus passes — have a way to get there.” — city transportation director Greg Barfield

Fresno County is moving most of its public social service counters to the former Pelco campus in Clovis. And, the city wants to adjust its bus routes to get Fresnans there.

“We feel it’s important for us to ensure that our riders — who are asking for this assistance to get to the new department, see their workers, pick up their bus passes — have a way to get there,” city transportation director Greg Barfield said.

The proposed change is receiving objections from the bus drivers’ union, and the man who represented them for 30 years.

Rick Steitz is the former president of ATU, the bus drivers’ union, and now serves as a consultant. The union and Steitz have voiced concerns about the proposed Route 28 change. 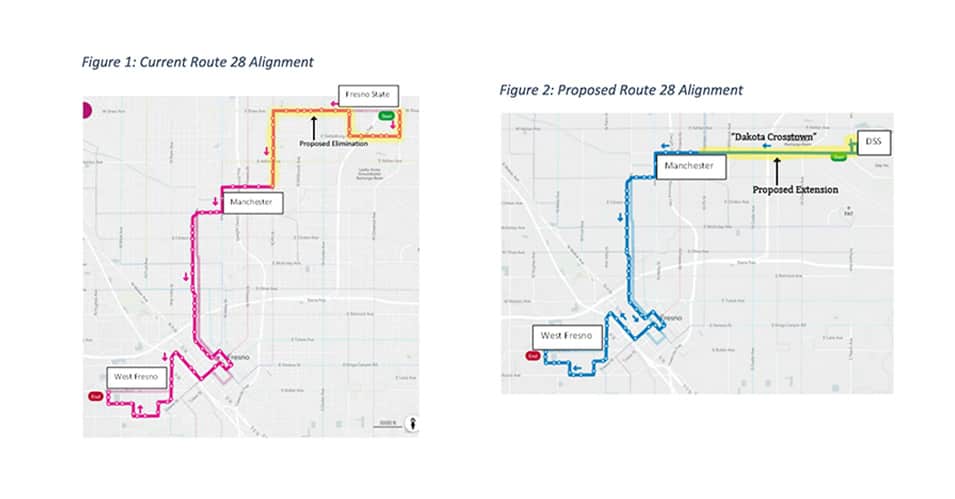 “This will be an unnecessary, inconvenient, burden to the established riders of 28,” Steitz said.

“The idea to take away service that is heavily used by the citizens of Fresno and send it to a new Fresno County facility when there are reasonable alternatives available is just not right and is a disservice to the passengers who currently ride the city transportation system,” Steitz said.

“The city council needs to stop this change and direct FAX to find an alternative solution which will not take service away which is currently provided.” — Rick Steitz, former ATU local president

“The city council needs to stop this change and direct FAX to find an alternative solution which will not take service away which is currently provided.”

Barfield said the proposed changes will actually benefit those who want to either reach the social services campus or the Fresno State area. It would mean transfers, using Route 1 and Route 9.

“We’ll get you there, if not the same time, faster by taking that route,” Barfield said.

The city council will vote on another bus-related item — spending $554,753 to outfit 92 buses with a protective shield/door for drivers — in the name of COVID-19 safety.

What makes this item unique is the transportation department’s request to consider this an emergency resolution and suspend the normal bidding process.

If approved, the city would make the purchase from Gillig LLC. 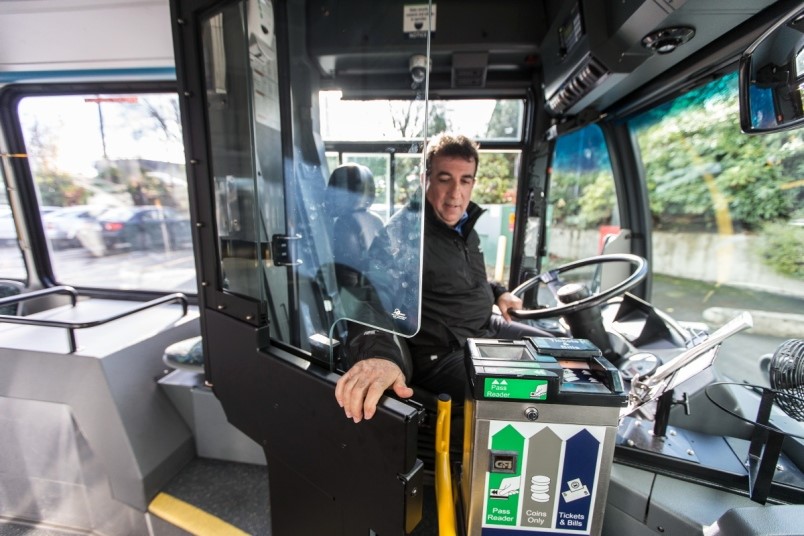 An example of a bus driver shield the city of Fresno is considering buying. (City of Fresno)

Last month, the Federal Election Commission sent a letter to the campaign, inquiring whether the $462,000 in itemized receipts should be reported separately if an individual donor reached $200 or more.

The Arballo campaign responded saying no contributor exceeded that amount.

Biggest US Solar Project Approved in Nevada Despite Critics