What Would You Name the New Central Unified High School? 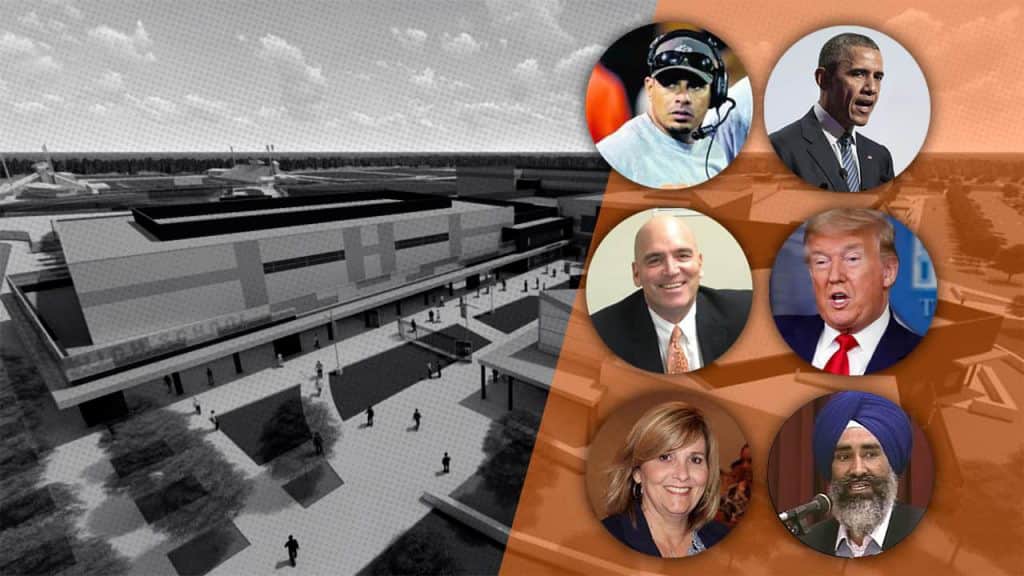 Nearly 200 names are on the list of proposed names for the new Central Unified School District high school under construction at Ashlan and Grantland avenues in northwest Fresno.

The lengthy list was an information item on the agenda of Tuesday night’s board meeting. The board vote could be on May 26.

At the top, with 173 mentions, is Central North High School. That would be in keeping with the district’s other high school campuses with the geographic appellations of Central High East and Central High West.

Compass points have also figured prominently in the names of Clovis Unified’s high schools, with the exception of Buchanan High, which honors the district’s beloved late superintendent Doc Buchanan.

Social media celebrities? Yep, there are a couple of those as well: Lovely Peaches (1) and Charli D’Amelio (1).

Fresno’s City Hall also made the list, with Mayor Lee Brand and former Mayor Alan Autry each getting one mention. Autry isn’t the only actor on the list (besides Reagan, that is): former Gov. Arnold Schwarzenegger and Richard Kiel, who played the shiny-toothed villain Jaws opposite James Bond, also got one mention apiece.

And, the nation’s 45th commander-in-chief made the list. President Donald Trump got two mentions — one less than Supreme Court Justice Ruth Bader Ginsburg.

Company Says Drug Proved Effective Against Virus in US Study