They dressed in scrubs. They sounded scientific. And last week’s message from two Bakersfield doctors was exactly what many stuck-at-home Americans wanted to hear: COVID-19 is no worse than influenza, its death rates are low and we should all go back to work and school.

Drs. Dan Erickson and Artin Massihi, who own urgent care centers in the region, had called a press conference to release their conclusions about the results of 5,213 COVID-19 tests they had conducted at their centers and testing site. They claimed the results showed that the virus had spread further in the area, undetected, and thus wasn’t all that dangerous. 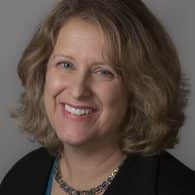 But public health experts were quick to debunk the doctors’ findings as misguided and riddled with statistical errors — and an example of the kind of misleading information they are forced to waste precious time disputing.

The doctors should never have assumed that the patients they tested — who came for walk-in COVID-19 tests or who sought urgent care for symptoms they experienced in the middle of a pandemic — are representative of the general population, said Dr. Carl Bergstrom, a University of Washington biologist who specializes in infectious disease modeling. He likened their extrapolations to “estimating the average height of Americans from the players on an NBA court.” And most credible studies of COVID-19 death rates in reality are far higher than the ones the doctors presented.

“They’ve used methods that are ludicrous to get results that are completely implausible,” Bergstrom said.

Misinformation Thrives in a Pandemic

In a rare statement late Monday, the American College of Emergency Physicians and the American Academy of Emergency Medicine declared they “emphatically condemn the recent opinions released by Dr. Daniel Erickson and Dr. Artin Messihi. These reckless and untested musings do not speak for medical societies and are inconsistent with current science and epidemiology regarding COVID-19. As owners of local urgent care clinics, it appears these two individuals are releasing biased, non-peer reviewed data to advance their personal financial interests without regard for the public’s health.”

The doctors had set up Bakersfield’s only private walk-in COVID-19 testing site and performed about half of all tests conducted in the area. They did not respond to a CalMatters request for comment Monday.

Misinformation thrives in a pandemic, and public health officials in California and elsewhere just can’t keep up.

“This pandemic has been so severely politicized in this country that evidence, no matter how poor, gets amplified enormously if it benefits one side or another,” said Bergstrom, who also was one of the first experts to critique the doctors’ study on Twitter. “We always hoped this crisis wouldn’t come, but that if it did we’d all be in this together. That’s been a huge surprise for all of us doing infectious disease epidemiology. It’s amazing to have to deal with this misinformation that’s being spread around for political purposes and the ways that interferes with adequate public health response.”

California Democratic state Sen. Richard Pan, a pediatrician who chairs the Senate Health Committee, said lawmakers who favor reopening the state had not yet cited the Bakersfield doctors’ conclusions as a justification to do so. But if they did, they’d “be on pretty weak ground,” he said.

The doctors “basically hyped a bunch of data and weren’t transparent about their methods. And they really played on the fact that they’re physicians. I think it’s quite disingenuous of them.” Pan said. “Then we have to push back on any media that promotes this information. They’re really doing this as a way to fish for attention.”

The Bakersfield Doctors Had Become Heroes on Social Platforms

A Kern County public health spokeswoman told reporters that officials did not support the doctors’ call to reopen the region. Other epidemiologists echoed that sentiment.

Others who support continuing to shelter-in-place described the doctors as self-promoters whose chain of urgent care centers would benefit from reopening. Non-COVID medical visits have plummeted during the pandemic, endangering the practices of many doctors.

But already the Bakersfield doctors  — who tout their support of President Donald Trump and refuse to wear masks in public — had become heroes on social platforms and conservative media outlets, with some commenters calling them “brave.” Others who support continuing to shelter-in-place described the doctors as self-promoters whose chain of urgent care centers would benefit from reopening. Non-COVID medical visits have plummeted during the pandemic, endangering the practices of many doctors.

“As struggling business owners, their economic frustration is understandable. But it can’t be mistaken for science. People trust doctors,” Michigan emergency room doctor Rob Davidson wrote on Twitter. “When they tell Fox viewers to ignore recommendations from real experts, many will believe them…The impact of rejecting science-proven recommendations in exchange for these erroneous ideas would overwhelm health systems and cost lives. While re-opening the economy might be good for their Urgent Care Centers (sic), it would kill medical personnel on the actual front lines.”

Other highly-publicized studies of antibody test results by Stanford and USC researchers were similarly criticized for sampling bias and for the poor reliability of the tests used. Researchers had suggested that COVID-19’s true spread in the community was much higher than expected and resulting death rates were low. But again, politicians and media who favor reopening states right away cited them as supporting evidence.