Gov. Gavin Newsom urged the state’s nearly 40 million residents Tuesday to avoid sporting events, concerts and large gatherings to prevent the spread of the coronavirus and adamantly warned the elderly to stay away from cruise ships as he pondered measures to restrict cruise travel off the California coast.

“I don’t think people should be on cruise ships that are elderly. I don’t think you should high-five one another and hug strangers at large sporting events if you have an underlying health condition.” — Gov. Gavin Newsom

The warning came as Newsom announced an update to the painstaking process of disembarking more than 2,000 passengers from a cruise ship struck by the coronavirus and moving them to military bases around the U.S. for a two-week quarantine. The Grand Princess docked in the Port of Oakland Monday after being forced to idle for days off the coast while authorities scrambled to find a suitable port and plan to move the passengers into safe quarantine sites. While at sea, tests on people who showed symptoms of illness confirmed 21 contracted the coronavirus.

“I don’t think people should be on cruise ships that are elderly,” Newsom said. “I don’t think you should high-five one another and hug strangers at large sporting events if you have an underlying health condition.”

He said legal advisers are reviewing the possibility of restricting cruise travel off the California coast as he awaits new federal guidelines on the cruise industry. In the meantime, he said cruise ships ought to introduce aggressive requirements for travelers “at the peril of that industry collapsing.”

For most people, the new coronavirus causes only mild or moderate symptoms, such as fever and cough. For some, especially older adults and people with existing health problems, it can cause more severe illness, including pneumonia.

The vast majority of people recover from the new virus. According to the World Health Organization, people with mild illness recover in about two weeks, while those with more severe illness may take three to six weeks to recover. More than 80,000 people in China have been diagnosed with the coronavirus. More than 61,000 have recovered. 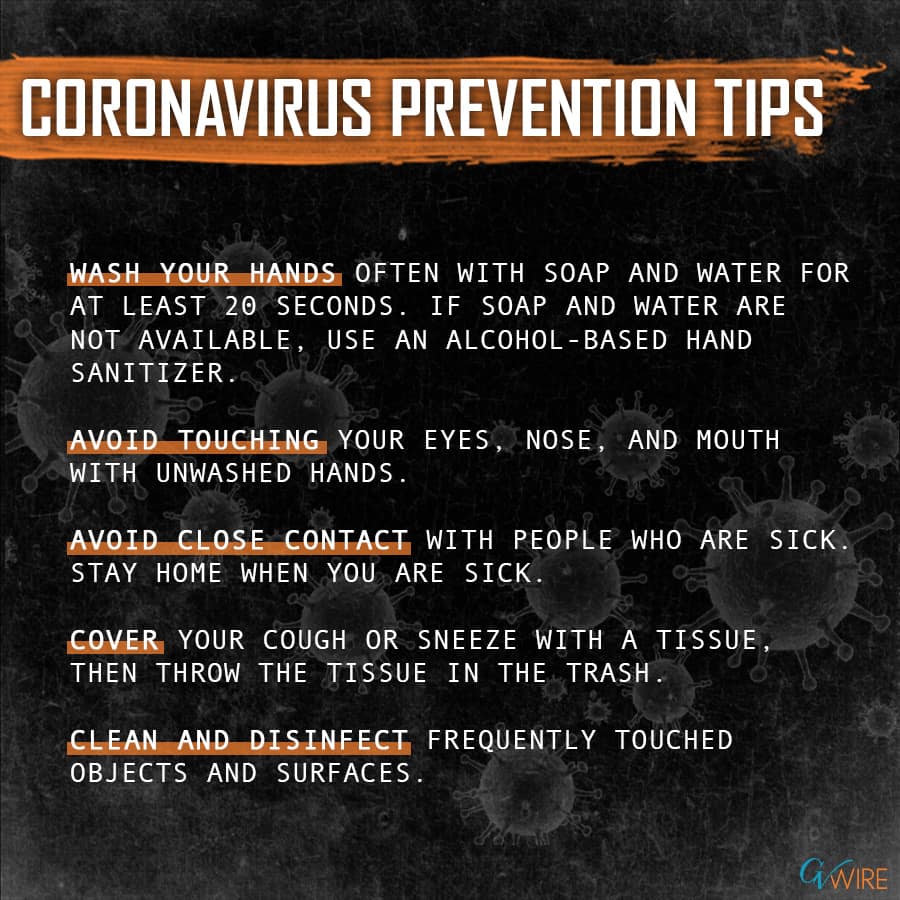 Many Communities Have Already Canceled Parades, Conferences and Large Gatherings

Three people have died and 157 Californians have tested positive so far for the coronavirus, a tally that does not include the cruise ship evacuees. Newsom expects the number of cases to significantly rise as more test kits become available.

In the latest death, Sacramento County health officials announced Tuesday that a patient in her 90s at an Elk Grove nursing home had died.

They were receiving medical care and all TSA employees who had contact with them over the past 14 days were being quarantined at home, the agency said.

Many communities have already canceled parades, conferences and large gatherings. Officials in some California cities have gone further. Santa Clara County on Monday announced a ban on all gatherings of 1,000 people or more, putting the status of San Jose Sharks hockey games, the NCAA women’s basketball tournament at Stanford and one Major League Soccer game in question. Many school districts have canceled extracurricular activities or moved classes online.

Newsom stopped short of calling for games to be canceled, but said sports leagues and local health officials bear the responsibility to ensure that large events, including games, can be held safely.

“We want to maximize the disruption for nonessential events, so we can minimize the impact of essential functions and events,” he said.

As of Tuesday night, more than 1,400 passengers had been taken off the Grand Princess cruise ship. They included 26 with medical needs not related to the coronavirus who were taken by ambulance to hospitals and 228 Canadians who were flown home. A handful of people from the ship who were treated at hospitals and released will be sent to hotels in several locations to spend their 14-day quarantine, while other Americans will be flown or bused to military bases in California, Texas and Georgia.

Newsom said about 100 people are processed and taken off the ship per hour — a consuming endeavor to ensure the safety of workers and meet the needs of passengers. However, he said he wants to see the process speed up so that the ship can leave Oakland within 72 hours.

About two dozen passengers will go to Asilomar State Beach and Conference Grounds in Pacific Grove. They will be housed in a cluster of buildings “removed from visitors and the public, and will not interact with other Asilomar guests, employees or the general public,” according to a statement from the Office of Emergency Services.

Newsom said about 100 people are processed and taken off the ship per hour — a consuming endeavor to ensure the safety of workers and meet the needs of passengers. However, he said he wants to see the process speed up so that the ship can leave Oakland within 72 hours.

About 1,100 crew members, 19 of whom tested positive for the virus, will be quarantined and treated aboard the ship, which will anchor offshore after passengers are unloaded. Canada said six of its citizens from the crew flew home Monday and talks are underway to repatriate many of the crew members to their home in the Philippines, Newsom said.

Most of the crew members who tested positive for coronavirus did not show symptoms, a Princess spokeswoman said Tuesday.

Another Princess ship, the Diamond Princess, was quarantined for two weeks in Yokohama, Japan, last month because of the virus. Ultimately, about 700 of the 3,700 people aboard became infected in what experts pronounced a public health failure.

The virus has infected over 1,000 people in the U.S. and killed at least 30, many of them from a single nursing home in the Seattle area.