Janz Calls for Extra Hour to Vote After Problems at Polls 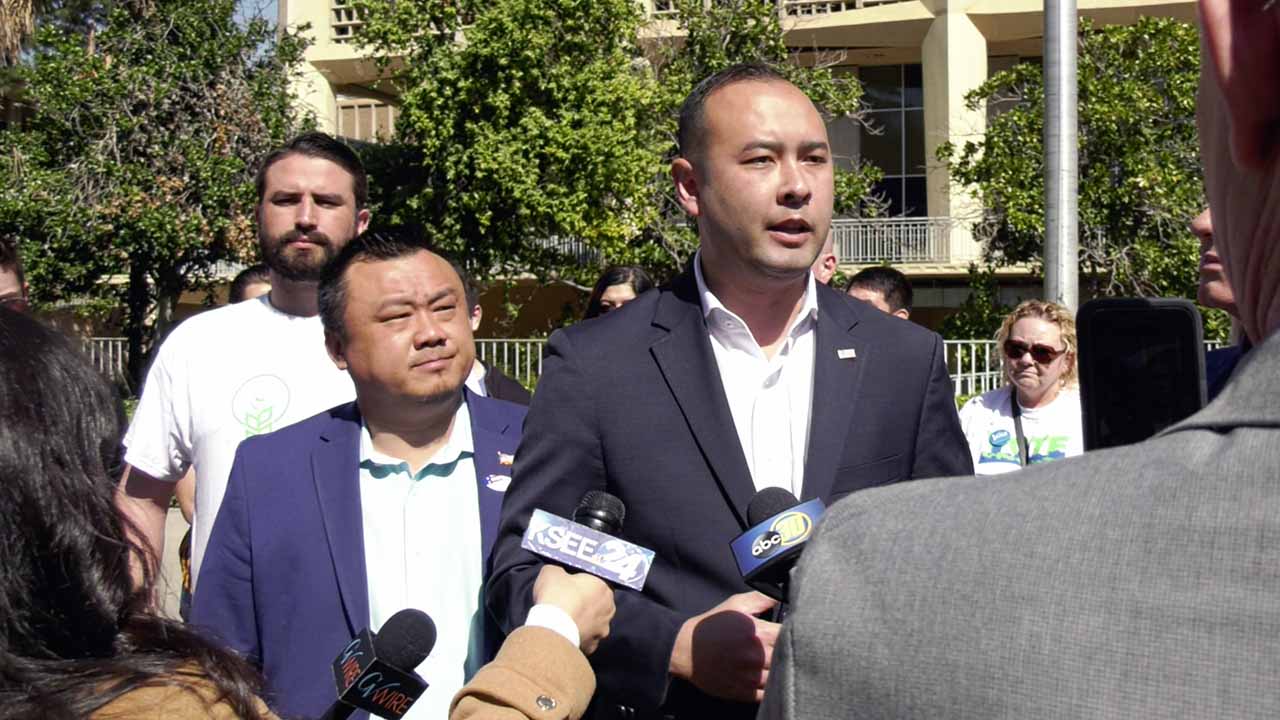 Fresno mayoral candidate Andrew Janz called for Fresno County to extend the time that polls close to 9 p.m. because of voting problems Tuesday morning.
County election clerk Brandi Orth said that polling centers experienced “intermittent connection problems.”
Those computers connected the voting centers to the main county election headquarters and to the Secretary of State’s office.
State officials said that there were glitches in 15 California counties with voting centers.

Janz said that many people left the voting lines and did not cast ballots. He said the problem could affect people of color more because they tend to vote on Election Day, and before normal work hours. He added that problems were throughout Fresno and not limited to any particular location.
State Democratic Party contemplated a lawsuit, but that is unlikely according to Fresno County Democratic Party chairman Andy Hansen-Smith.
“The only chance would be an individual suing, but it is a long shot I would think,” Hansen-Smith said.
State party chair Rusty Hicks tweeted as much when responding to Janz.

Just to clarify… any voter in an affected County can file with the Court to extend the normal hours of voting within that County.

Orth could not be reached to comment on Janz’s request.
Janz made his request at a hastily called news conference during the noon hour at the Fresno County Superior Courthouse.
Other local candidates, such as Bobby Bliatout, Dary Rezvani, and Phil Arballo (all Democrats running for Congress in the 22nd District), as well as Tyler Maxwell (Fresno City Council District 4 candidate) made the same appeal.

The other major candidate for Fresno mayor, Jerry Dyer, disagreed about the need to keep the polls open an extra hour.
“Provisional balloting was available for all voters during the outage. Thus, those who submitted provisional ballots and are properly registered will have their ballots counted,” his campaign told GV Wire.

California’s primary today coincided with several changes aimed at expanding voter participation. Those changes, it was predicted, might confuse some voters or contribute to longer lines than usual.
While casting his ballot at an early voting center last month, Secretary of State Alex Padilla said that election day wait times may be longer than normal given that nearly 21 million Californians are registered to vote. Voters are also weighing in on local races, congressional races, state legislative seats, and a statewide school bond.
“I’m expecting we’re going to see an avalanche of ballots on election day, and it’s going to take a while to figure out the results,” said Kim Alexander, president of the nonpartisan California Voter Foundation.

A reminder: Under the new rules, Californians will able to register to vote and cast ballots until 8 p.m.

Justices Say States Can Prosecute Immigrants Who Use Fake IDs