Will This Be the Year California Tackles Its Waste Crisis? 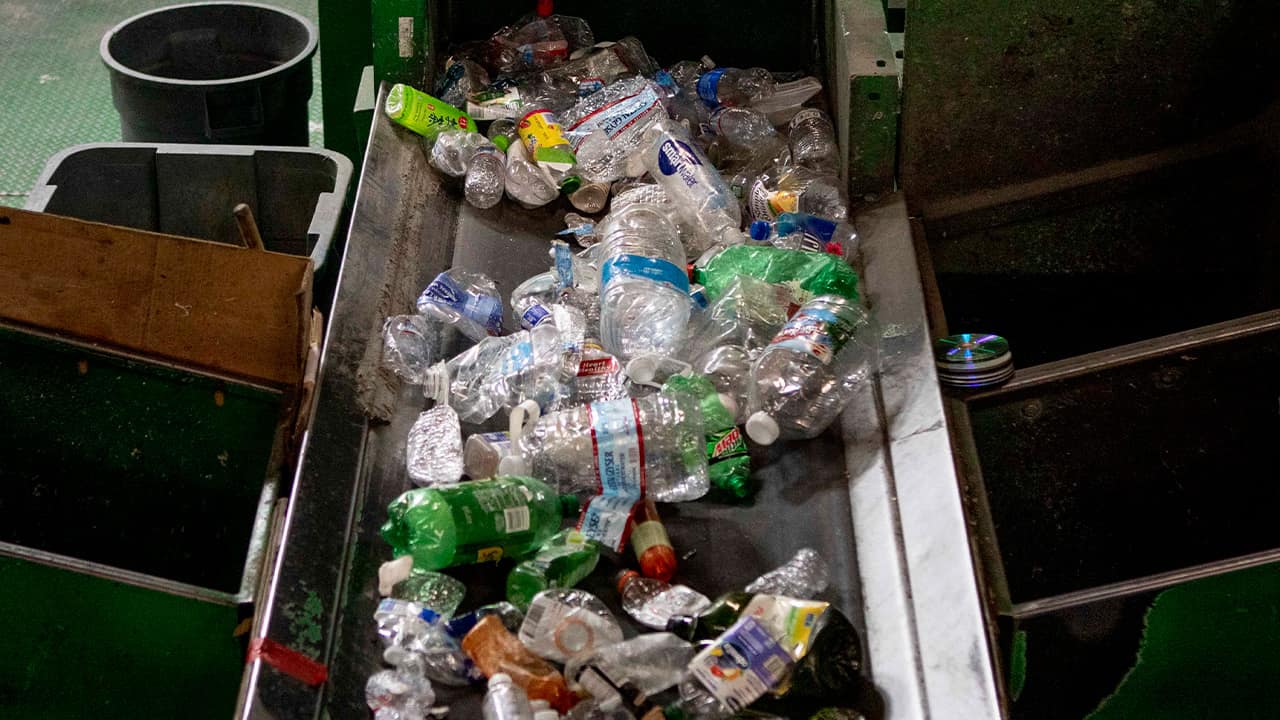 Even the special interests that helped kill a California Senate bill aimed at reforming beverage bottle recycling say the state needs to fix its broken system. And one lawmaker who voted no on the bill says he might just introduce his own.
Authored by Democratic state Sen. Bob Wieckowski of Fremont, the Beverage Container Recycling Act of 2020 would have required beverage distributors to design a new recycling program — and to help pay for it themselves. But the bill failed a critical juncture after it fell four votes short of passage.

Special interests and legislators instead are focusing on a set of identical bills collectively called the California Circular Economy and Pollution Reduction Act. The Act aims to curb waste from single-use packaging and food service items like containers, forks, and stirrers that Californians use once, and then toss.
Spearheaded by Democratic lawmakers Sen. Ben Allen from Santa Monica and Assemblywoman Lorena Gonzalez of San Diego, the effort calls for cutting three-quarters of the waste from these single-use products in the next ten years. It also requires manufacturers to make such items 100 percent compostable or recyclable starting in 2030.
Those bills are “the big game that we’ve been seeing,” said Tim Schmelzer, vice president of California state relations at the Wine Institute, an advocacy organization that represents the California wine industry.
Wieckowski’s bill, Schmelzer said, “was kind of an unfortunate distraction here in January, and we can get back to work on the real bills.”
Allen voted to pass Wieckowski’s bill — saying it was an important conversation starter.  “If anything, conversations that I had during the debate over the Wieckowski bill gives me confidence that the members understand what a big problem there is, and they are interested in a comprehensive solution to our waste management problems,” Allen said.
But Allen and Gonzalez’s Act — on which Wieckowski is a coauthor — stalled in September. As the Act wound its way through the Legislature, its focus shifted from curbing plastic pollution to reducing waste from all materials. It picked up amendments that ended opposition from plastic and beverage companies represented by powerful trade groups — the American Chemistry Council and the American Beverage Association. It even won support from the plastic company Dow Inc.
The Act also, however, picked up opposition from the glass and wine industries. The Wine Institute’s Schmelzer said the industry was concerned by what he called “unfettered authority” granted to CalRecycle. His organization would also like to see clearer rules surrounding industry plans to meet state recycling targets.
Scott DeFife, president of the Glass Packaging Institute, said his organization needs to see more before switching positions. “We support the goals of the circular economy legislation,” he said. Still, “The details of those issues matter, and need to be fleshed out a little bit before we can really consider changing a stated position.” ‘We Are Going to Hold You Responsible for Doing Your Part.’

No amendments to the Act have been publicly posted since it stalled in September, so its current breadth is unclear.  But Schmelzer and Allen’s team have been working to resolve the Wine Institute’s concerns so it can drop its opposition. “We’re not this hard, throw-our-bodies-across-the-tracks, we-should-never-try-to-recycle type of objections. It’s like, let’s make this bill work a little better,” Schmelzer said.
In the process, Allen said he’s made an effort to understand industry issues first hand. “I’ve toured secondary [materials recovery facilities], I’ve toured glass bottling facilities. I’ve been to the mattress recyclers, carpet,” he said. “I’ve been to a water bottling facility for plastic bottles, I’ve got the chance to sit down with city waste management people and haulers and recyclers. This is all complicated stuff.”
Ultimately, he said, the bill sets goals — and manufacturers will have to figure out how to meet them. “At the heart of all this, of our efforts, is a message to manufacturers,” Allen said. “We are going to hold you responsible for doing your part, but we’re going to let you do what you need to do.”

‘There Needs to Be a Major Overhaul.’

Like Wieckowski’s bill, the Act includes beverage bottles that Californians can currently return for rebates — but only starting in 2026. 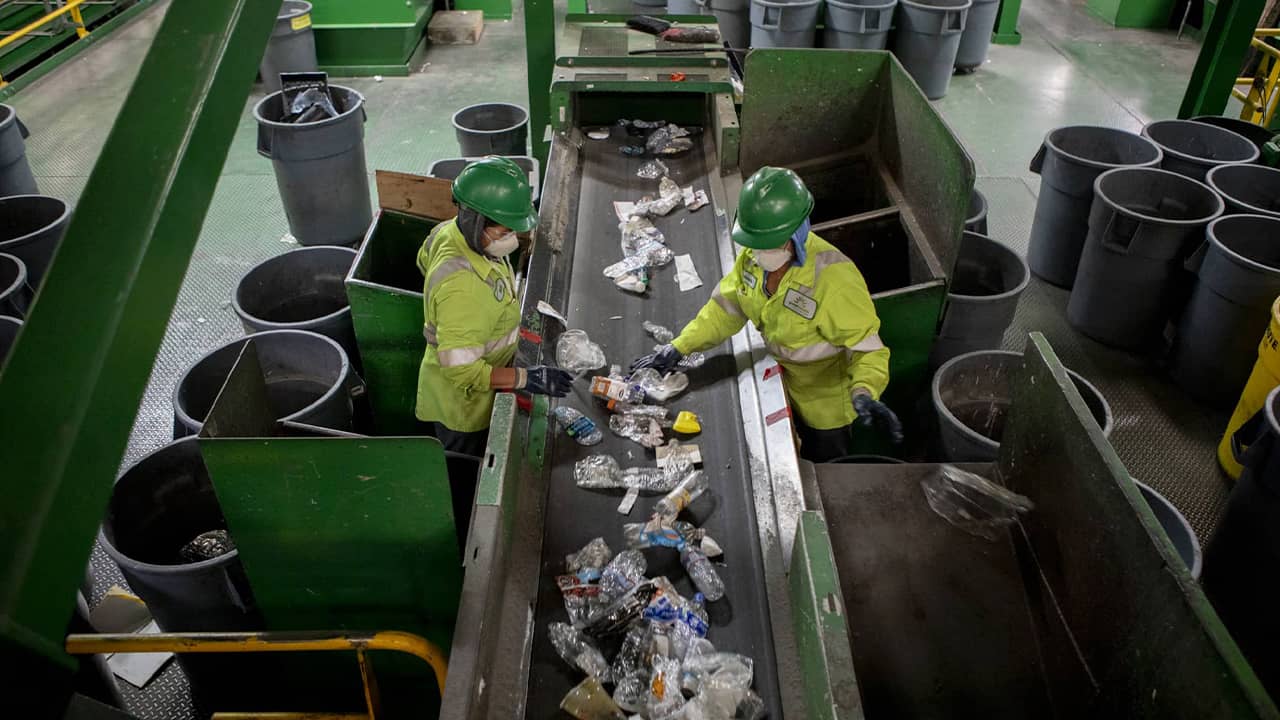 Workers sort through plastic items on a conveyor belt at GreenWaste Recovery in San Jose on July 29, 2019. (CalMatters/Anne Wernikoff)

One senator who voted no, Democratic Sen. Bill Dodd of Napa, said he believes the wine industry’s concerns are valid, calling the bill “a bandaid to a major problem in the recycling program.” Still, Dodd said, “The days of them not being involved, and not paying into some sort of program, have to be over.”