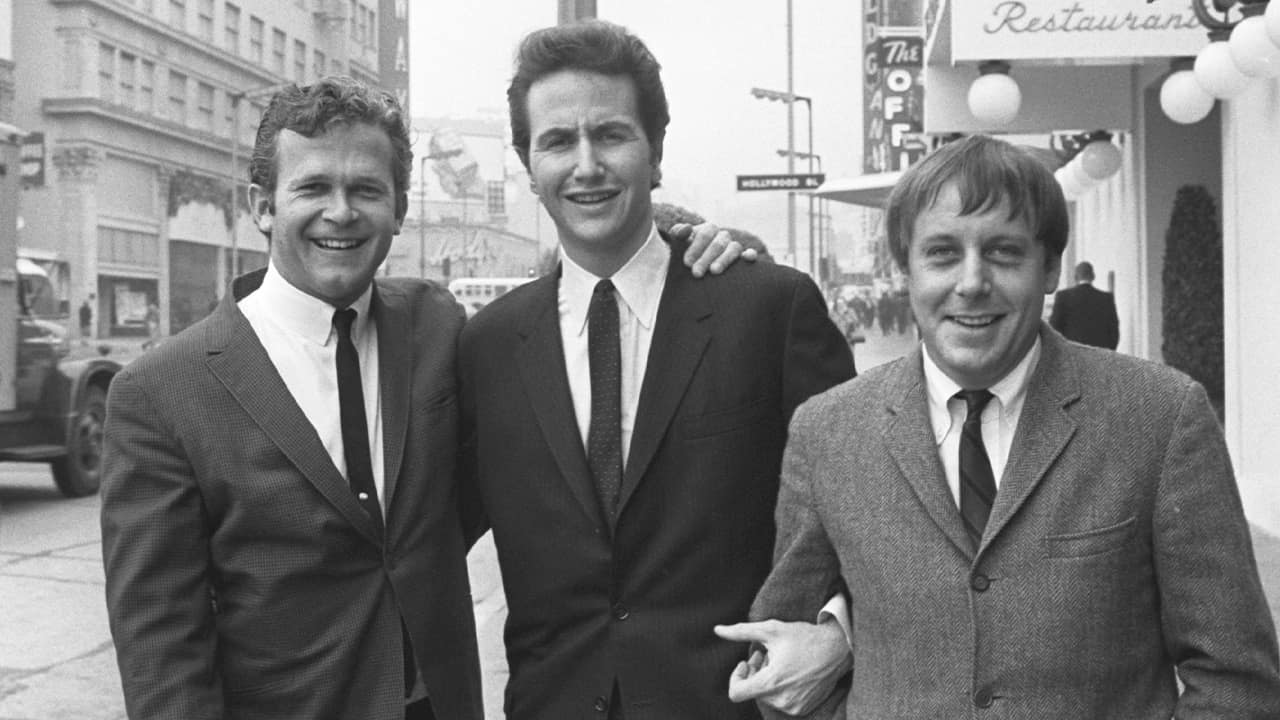 NEW YORK — Bob Shane, the last surviving original member of the popular folk group the Kingston Trio and the lead singer on its million-selling ballad “Tom Dooley” and many other hits, has died.


“Their music was a balm to the growing angst of a generation that was soon to turn our country and our world upside down. They tossed off renditions of song gems that felt effortless yet genuine, cool yet caring, sympathetic yet ‘no big ting.’” — Peter Yarrow of Peter, Paul and Mary wrote of them in 2014
Shane died Sunday at a hospice in Phoenix, Arizona at age 85. Mike Marvin, a cousin and surrogate son of fellow Kingston Trio founder Nick Reynolds confirmed the death but did not immediately know the cause of death.
Shane, Reynolds and Dave Guard were performers in the San Francisco club circuit in the 1950s and broke through nationally in 1958 with their eponymous debut album, which featured “Tom Dooley,” an old standard inspired by a Confederate veteran’s conviction for murder. The song reached No. 1 on the Billboard pop charts, won a Grammy for best country and western song (no folk category existed) and helped launch the so-called folk revival, with other artists including Joan Baez; Peter, Paul and Mary; and, eventually, Bob Dylan.
Clean cut and amiable, they were criticized by some folk artists for being too slick and for avoiding political statements. But the Kingston Trio was one of the country’s top acts over the next few years. Five Kingston Trio albums topped the Billboard charts, with favorite songs including “Where Have All the Flowers Gone?,” “500 Miles,” “It Was a Very Good Year,” later recorded by Frank Sinatra, and “Sloop John B,” later a Beach Boys hit.

Their success continued even after Guard left in 1961, and was replaced by John Stewart. But by the mid-1960s, the Beatles had arrived, Dylan was playing rock music and the folk market was in decline. The Trio broke up in 1967, although Shane continued to tour and record with various incarnations of the group over the following decades. He retired from performing in 2004 after suffering a heart attack.
Guard, whom Shane had known since both were attending high school in Shane’s native Hawaii, died in 1991. Reynolds and Stewart, who went on to write the Monkees’ “Daydream Believer” and other hits, died in 2008. The Kingston Trio received an honorary Grammy in 2011.
“Their music was a balm to the growing angst of a generation that was soon to turn our country and our world upside down,” Peter Yarrow of Peter, Paul and Mary wrote of them in 2014. “They tossed off renditions of song gems that felt effortless yet genuine, cool yet caring, sympathetic yet ‘no big ting.’”
Shane was married twice, most recently to Bobbi Childress, and had five children.