Father Arrested in Killings of His Valley Born Children 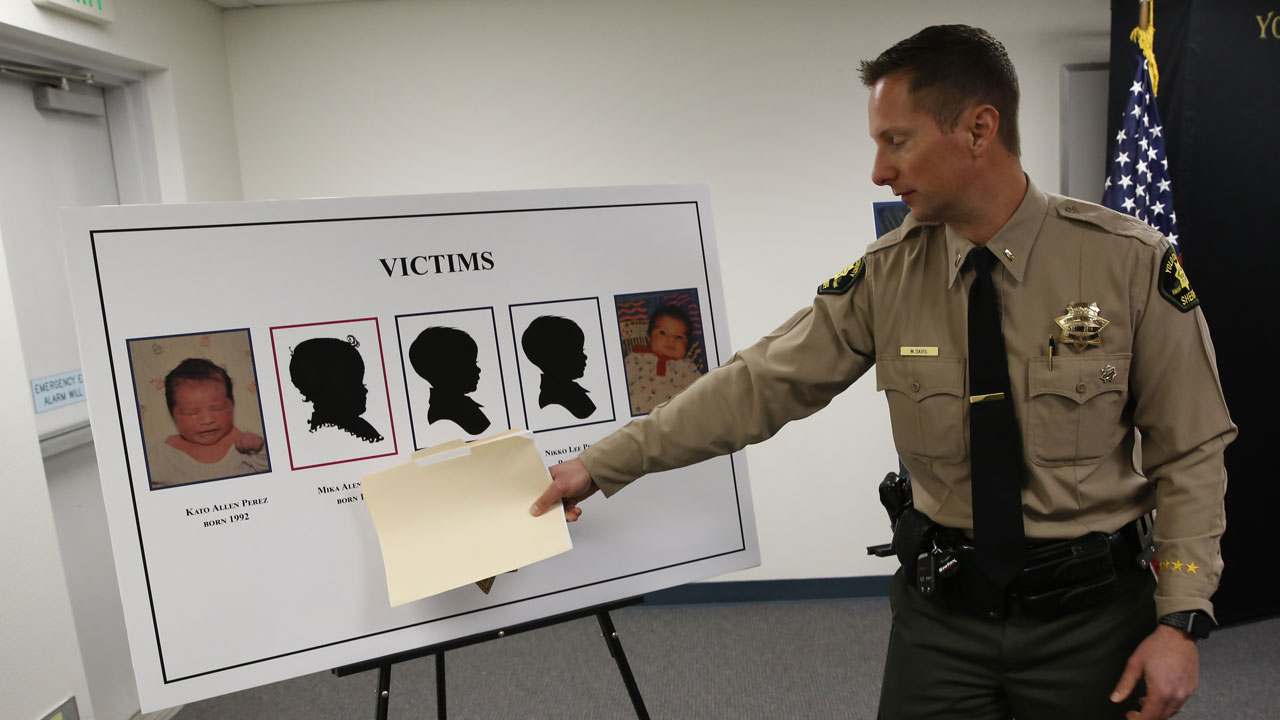 A former Fresno man about to be freed from prison has been taken into custody in connection with the decades-old killings of five of his infant children in a case a sheriff said has haunted his agency for years.

Paul Perez, 57, a convicted sex offender with a 20-year criminal history, was charged in the deaths of the children born between 1992 and 2001, California authorities said Monday, the same day he was supposed to be released from a state prison in Delano on unrelated charges.
Three of the children were born in Fresno and two were born in Merced. Yolo County Sheriff Tom Lopez said the case reflects an “unspeakable evil,” though a motive has not been determined.
“I cannot think of a case more disturbing than this one,” he said. “There can be no victim more vulnerable and innocent than an infant and unfortunately this case involves five of them.”
A homicide investigation was launched in the spring of 2007 after a fisherman found the badly decomposed remains of a 3-month-old boy recently identified as Nikko Lee Perez.
The child was wrapped in a Winnie the Pooh blanket, then in a layer of plastic and placed inside a metal cooler which had been weighed down with metal objects before being submerged in an irrigation slough near Woodland, about 80 miles northeast of San Francisco.
An autopsy determined the infant died of blunt force trauma. He had a fractured skull and before death had sustained rib and other fractures that had started to heal by the time he was killed.

Infant was Born in Fresno

Investigators submitted the baby’s DNA to the U.S. Department of Justice in hopes of obtaining an identity. But it wasn’t until October that they found the match. They were able to determine Nikko’s identity and that he was born nine years earlier on Nov. 8, 1996, and about 170 miles away in Fresno.
His remains were identified after authorities used an expanded DNA database for the first time in the case, though it had been used widely in other cases.
The man who discovered Nikko’s remains told The Associated Press he had never forgotten what he saw and was relieved to learn DNA technology helped solve the long mystery.
“When I opened that box, I was 99 percent sure it was a human body but I wanted to hold on to the belief that maybe it wasn’t,” Brian Roller said.
“When I saw one of the officers (at the scene) start to cry, I knew right then that what I was thinking was true.”

With the new information, investigators determined Nikko had siblings: one who is known to be dead and three others whose remains have not been found.
Perez was charged with five counts of premeditated murder with special circumstances of lying in wait, torture and multiple victims. He also faces charges of assault on a child under 8 and criminal enhancements for his prior convictions.
District Attorney Jeff Reisig said Perez is eligible for the death penalty but he has not yet decided whether to pursue it.
Perez is scheduled to be arraigned Tuesday and authorities said it is unclear if he has an attorney.
“The investigation in this case uncovered a deeply disturbing and chilling case of infanticide,” Reisig said. 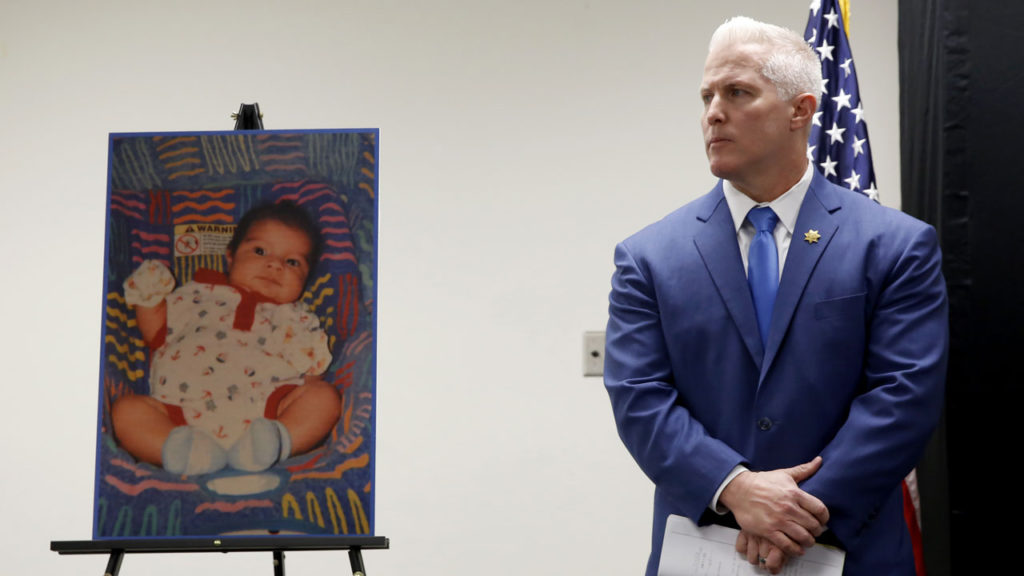 Yolo County District Attorney Jeff Reisig stands next to a photo of Kato Krow Perez, born in Fresno in 2001, one of five infants believed to be killed by their father, during a news conference on Monday. Paul Perez, the father of the infants, has been arrested in the decades-old killings of five of his infant children, a case the Yolo County sheriff said had haunted his agency for years. (AP Photo/Rich Pedroncelli)

In and Out of Prison

Authorities said Nikko’s siblings include another child born in Fresno in 1997 with the name Nikko Lee Perez. Oddly, two others shared the same name: Kato Allen Perez, born in Merced in 1992, and Kato Krow Perez, born in Fresno in 2001.
A fifth child was named Mika Alena Perez, born in Merced in 1995.
Perez was initially sentenced to two years in prison in 1990 for assault with intent to a commit sex offense, state corrections officials said. He also has served years in prison for vehicle theft, possessing a deadly weapon as an inmate and fleeing while on parole.
Officials declined to say whether Perez has other children or family members, or whether all the babies in the case have the same mother.
They asked for witnesses who know Perez or the children to come forward.