49ers Use Early Season Formula on Playoff Win vs. Vikings 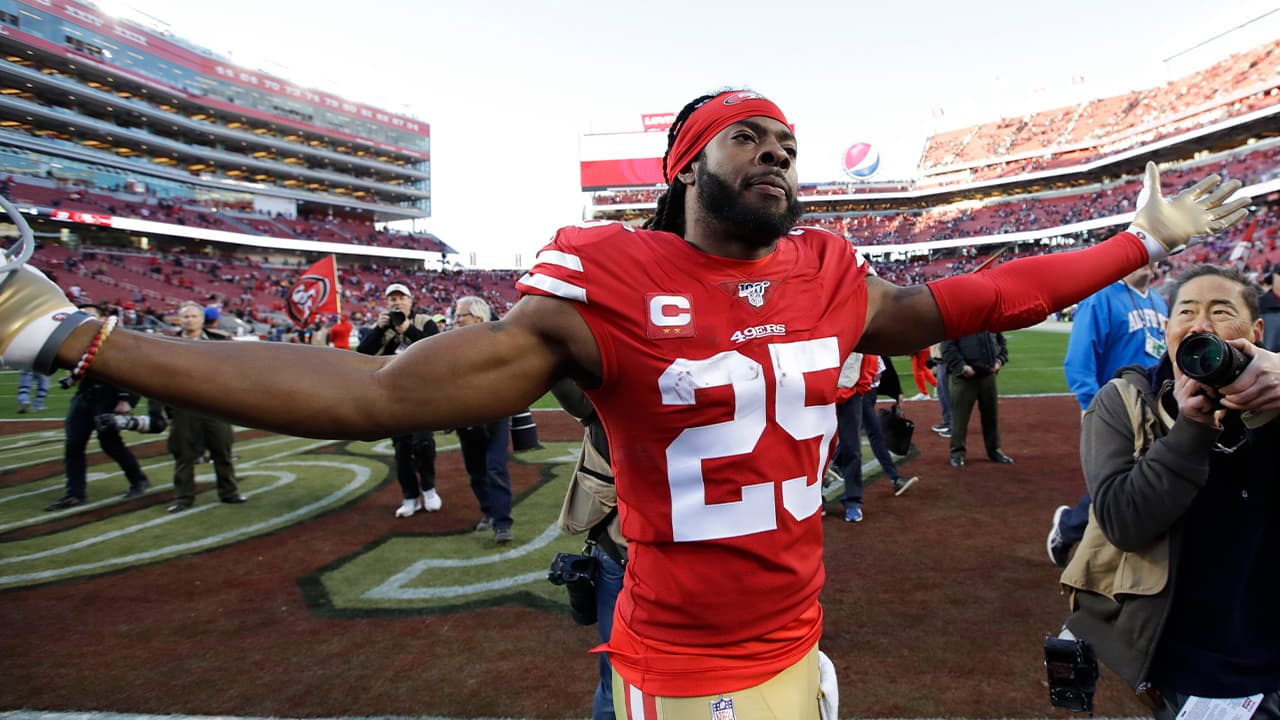 SANTA CLARA — The formula that fueled a perfect first half of the season for San Francisco was more than enough to carry the 49ers into the NFC championship game.
The Niners ran for 186 yards and completely shut down Minnesota’s offense in a 27-10 victory in the divisional round Saturday in San Francisco’s first playoff game in six years. Pass rush. Ford’s return opened things up for the entire defensive line leading to a six-sack performance. Ford got one to force a field-goal attempt late in the first half following an interception by Garoppolo. Rookie Nick Bosa got two of his own, while Arik Armstead, DeForest Buckner and Solomon Thomas each got one. Ford’s speed off the edge opened up opportunities for everyone else on the defensive line.

Passing game. Garoppolo started fast in his first career playoff start, completing 5 of 6 passes for 57 yards and a 3-yard TD to Kendrick Bourne on the opening drive. Garoppolo then went 6 for 13 for 74 yards, an interception and a 32.2 rating the rest of the game. Garoppolo didn’t complete a single pass thrown beyond the line of scrimmage after the first drive of the second half with his only two completions coming on passes behind the line. That didn’t matter this game, but the Niners will likely need more from Garoppolo to keep this playoff run going.

RB Tevin Coleman. Coleman started the last nine games of the season even though he averaged only 3.2 yards per carry and 23.6 yards rushing per game. He rewarded coach Kyle Shanahan’s confidence by rushing for 105 yards on 22 carries with two TDs. He was the first 49ers running back to rush for at least 100 yards and two TDs in a playoff game since Terry Kirby did it Jan. 3, 1998, against Minnesota. Quarterback Colin Kaepernick also did it in the 2012 playoffs against Green Bay.

CB Ahkello Witherspoon. Witherspoon committed a penalty and gave up two catches on the second drive of the game, including a 41-yard TD to Stefon Diggs. That was the fifth TD allowed by Witherspoon the past three games with San Francisco allowing no other TD passes in that span. Witherspoon was replaced by Emmanuel Moseley after and didn’t return until the fourth quarter, when he allowed another catch in place of Richard Sherman.

Coleman (elbow) and fellow running back Raheem Mostert (calf) both left the game late with injuries that were not believed to be serious.

47. The Niners set a franchise record for most runs in a playoff game and lost yardage on only two of those plays: a pair of kneel downs by Garoppolo. San Francisco ran on all eight plays on a key TD drive in the third quarter, the longest playoff drive for a TD without a pass since Chicago ran on all eight plays in the NFC title game against New Orleans following the 2006 season.

The Niners will play the Packers for the eighth time in postseason history, with Green Bay holding a 4-3 edge. San Francisco is 6-9 during the Super Bowl era in conference title games, including 4-5 at home.