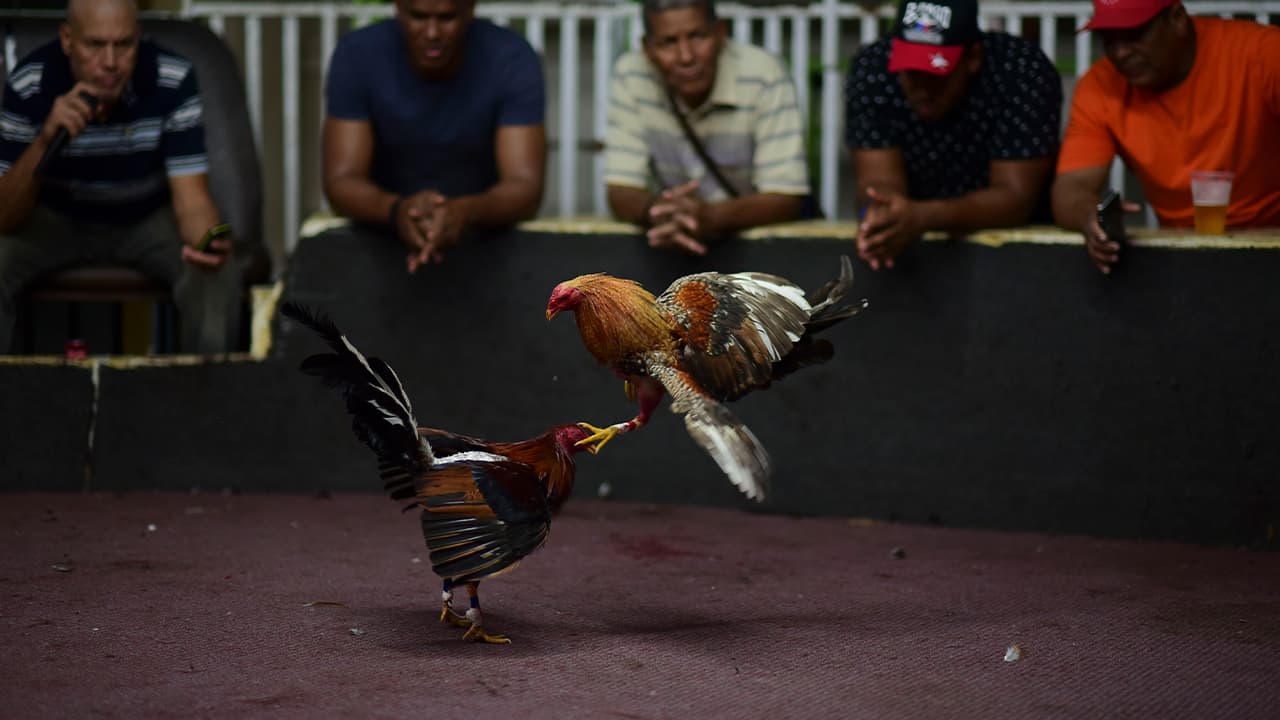 TOA BAJA, Puerto Rico — Felipe Espinal walked into his cockfighting establishment Wednesday night in the northern town of Toa Baja and held up a white pen in triumph as he recorded the moment with his cellphone. A dead gamecock is carried away from the ring at the Campanillas cockfighting club, in Toa Baja, Puerto Rico, Wednesday, Dec. 18, 2019. While cockfighters and government officials in Puerto Rico celebrated the defiance of the federal ban on cockfights, animal activists lamented the move. (AP Photo/Carlos Giusti)

The Move Made Many Officials in Puerto Rico Bristle

Many of them feared for their livelihoods when Congress approved the 2018 Farm Bill last December. It contained the Parity in Animal Cruelty Enforcement Act that aimed to end cockfighting in U.S. territories, giving them one year to comply. The practice was already illegal in all 50 U.S. states but is still widely practiced in other U.S. jurisdictions including Puerto Rico.

The move made many officials in Puerto Rico bristle at what they viewed as another intrusion by the federal government. After all, cockfighting was legalized in 1933 by a Puerto Rico governor from Kentucky who sought to attract U.S. tourists to the island. That move ended 34 years of underground fighting that began when the U.S. government banned the practice in May 1899 after it defeated Spain and occupied Puerto Rico.
It was the Spanish conquistadors who brought cockfighting to Puerto Rico, where it cut through race and social classes, according to documents that local historian Juan Llanes filed in 2014 with the U.S. National Register of Historic Places.
“Through their birds, in the arena, slaves could defeat their masters, blacks could defeat whites, Criollos could defeat Peninsulares,” he wrote.
Cockfighting grew so popular it even prompted a Roman Catholic bishop in 1750 to prohibit cockfights at certain times because church attendance had dropped, Llanes says.
“The gamecock sport in Puerto Rico is not going to disappear,” said Gerardo Mora, executive director of Puerto Rico’s Cockfighting Commission, a part of the island’s Department of Recreation and Sports.

They Feared the Federal Ban Would Sink Them Financially

Mora was among the roughly 50 people attending cockfights at Espinal’s establishment Wednesday night in Toa Baja, a town whose first cockfighting arena was founded in 1786.
Cheers filled the air every time a cock gouged its opponent’s eyes out or stepped on its head in triumph after it collapsed and died following intense battles that lasted less than two minutes. Those that died were thrown into a black plastic bag to be doused with gasoline, set on fire and later buried.
Sitting in the crowd was Yeadealeaucks Báez, a teacher and only one of three women at the event. She works in the kitchen of a nearby cockfighting establishment with her husband, a job she said has allowed them to send their daughter to college in Florida and paid for the education of their son, who is now an engineer.
They feared the federal ban would sink them financially, especially given that Puerto Rico is mired in a 13-year recession as it struggles to recover from Hurricane Maria and tries to restructure a portion of its more than $70 billion public debt load.
“I told my husband we would have to sell water at stoplights,” Báez said.
While cockfighters and government officials in Puerto Rico celebrated the defiance of the federal ban, animal activists like Wayne Pacelle, founder of the Washington-based Animal Wellness Action, lamented the move. Fight night at the Campanillas cockfighting club, in Toa Baja, Puerto Rico, Wednesday, Dec. 18, 2019. Governor Wanda Vazquez signed a law to keep cockfighting alive in a bid to protect a 400-year-old tradition practiced across the island despite a federal ban that goes into effect next Friday. (AP Photo/Carlos Giusti)

Pacelle said he believes the estimate of cockfighting’s economic impact for Puerto Rico is inflated and dismisses arguments that the activity is a tradition for the island.

Among Public, a Great Divide at Moment of Trump Impeachment